HOW TO RESPOND TO ATTACKS SPONTANEOUSLY AND CORRECTLY How would you train so that your responses in free sparring or real fighting are spontaneous and correct? Many people may be surprised to find out that an excellent way is to practice kungfu sets with sequences of combat applications!

Most people today practice kungfu sets for demonstration. This has never been one of its functions in genuine, traditional kungfu, though kungfu sets performed with force, speed and elegance are beautiful to watch.

Participants at the Special Shaolin Kungfu Course did more. They composed their own sets from the combat applications they had worked out with their sparring partners. Such training contributes much to their thinking and acting as Shaolin masters. From Fighting to Patterns to Sets Here Steve completes the combat application set of his Dragon-Tiger Set which he started in the previous video clip. This is one important way how kungfu sets came about. Steve links together the patterns in his Dragon-Tiger Set which he has used for combat to form a set. Realizing this will reveal the ignorance of those who say that kungfu patterns cannot be used for fighting. In reality, fighting occurred first. Effective combat movements were stylized into patterns, and then patterns were linked to form sets. 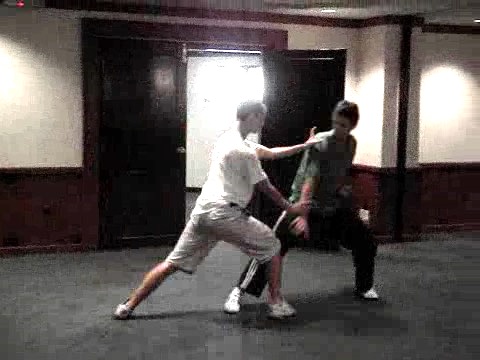 Eugene and Steve perform a sequence of combat applications. You can see that these patterns are from the set Steve demonstrated in the earlier video clips, or more correctly the set is formed from these combative patterns. Some critics may say that this combat sequence is choreographed, whereas real fighting is random. This may be true, but combat sequence training is not real fighting — it is training for real fighting. You train to respond to certain combat situations spontaneously and correctly.

Would your Responses still be Spontaneous and Correct in Real Fights?

In combat sequence practice you train, for example, how to respond spontaneously and correctly when an opponent attacks you, as shown in this video clip. Will you be able to respond spontaneously and correctly if the opponent attacks you randomly instead of in a sequence as shown here? You won't if your training stops here. You can if you progress systematically to other stages of the sparring programme.

Why do you Link Patterns into a Sequence or a Set? The uninitiated may think that George is performing some patterns from his Dragon-Form Set for demonstration. The initiated knows that he is linking patterns he has used for combat into a coherent sequence which will contribute to the formation of a set. Do you know the rationale of doing this?

Being Cost-Effective in Combat Training 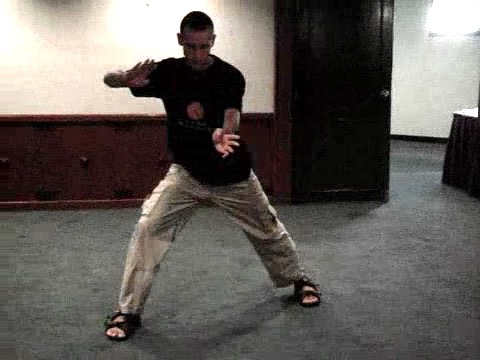 George is adding more combative patterns to be linked into sequences which can then be formed into a set. One important reason for doing this is its cost-effectiveness in combat training. By performing this set, George not only will not forget the combat applications he has worked out, he will also be able to perform them more effectively when the needs arise. 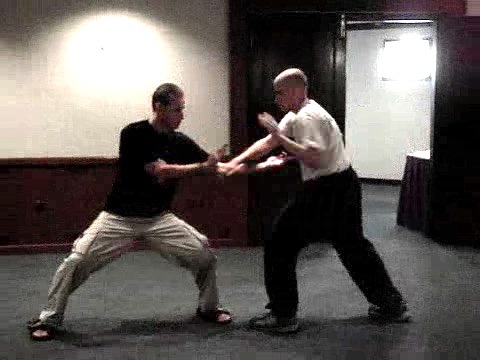 If an opponent attacks him with a Black Tiger, as demonstrated by Daniel here, Georges does not have to think of what to do. He can spontaneously and correctly respond with “Golden Dragon Shoots Tongue”, which is a formidable counter. Daniel too does not need to think of what to do. He responds spontaneously and correctly with “Swimming Dragaon Plays with Water”. They can do so effectively if they have practiced this well, and also possess the necessary skills.

Why do you Practice Kungfu Sets? 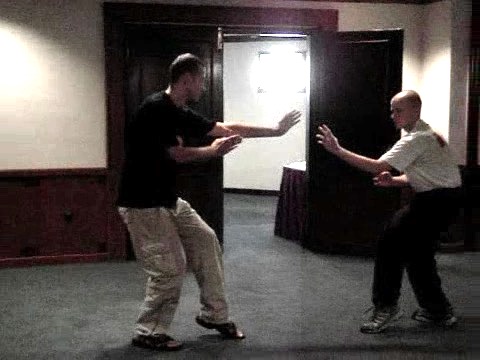 Hence, kungfu sets are not composed for demonstration, though as a bonus they are also very beautiful to watch when performed with force, speed and elegance. Kungfu sets provide an effective mean to practice combat applications so that participants can apply them efficiently when needed.

Importance of Stances in Combat 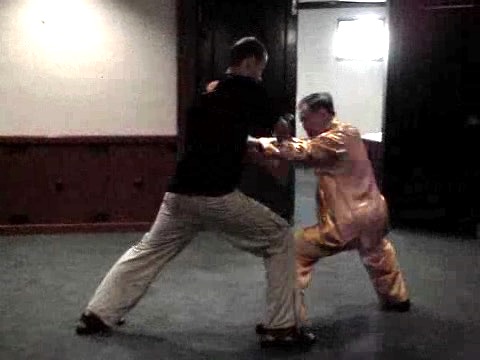 Daniel's response to George's counter is correct but not picture-perfect. By improving on the stances, the combat effectiveness of the responses is much enhanced. 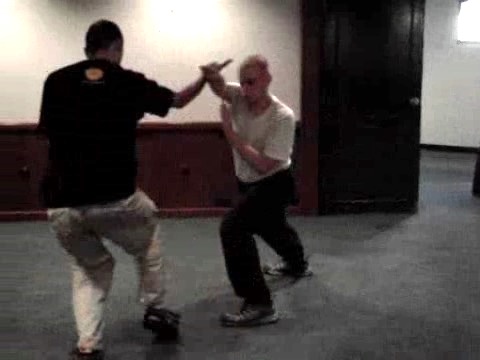 Daniel enhances the effectiveness of his responses by improving on his stances. His combat effectiveness can be further enhanced by adjusting the angle of the response. These are finer points of combat efficiency that cannot be learnt merely from a book.

How to Respond to Attacks Spontaneously and Correctly from Wong Kiew Kit on Vimeo.