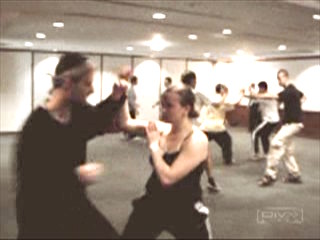 If we undergo systematic training in kungfu combat, we will find it more effective than using other martial techniques. This short video series shows our Shaolin Wahnam family members use kungfu effectively in free sparring. 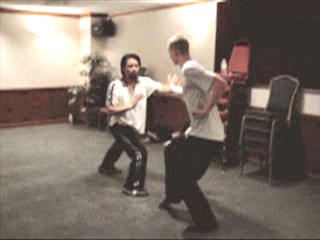 Participants apply combat sequences in various modes in their sparring. They are free to choose from any Combat Sequences 1 to 8 and use any modes. This video shows Dr Damian and James, and Alex and Innes sparring.

One Can Train to Use Kungfu in Free Sparring 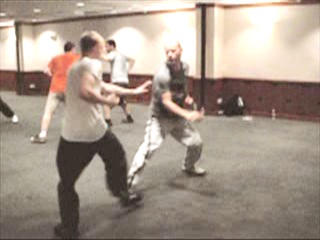 When most other kungfu practitioners today use Kick-Boxing and other marital techniques to spar, it is heartening to see so many of our Shaolin Wahnam Family members use kungfu in free sparring. Their example is good evident that one can learn to use kungfu to spar if he has systematic training.

Size and Sex do Not Matter Much in Kungfu

Not only we can use kungfu in our sparring, our female family members can be as strong as our male. It is inspiring to see Molly, being smaller in size besides being a woman, sparring effectively against Charles, a bigger-sized male. This is possible because Molly has developed internal force.

Free Sparring in our School is Fun 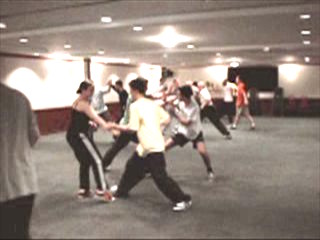 Our family members are obviously enjoying themselves in their free sparring. Aggression and injuries, which are quite common during free sparring in many other schools, are absent in ours. In fact free sparring in our school builds comradeship. They help one another for mutual progress and benefit.

Will the Training be Effective for Real Fights? 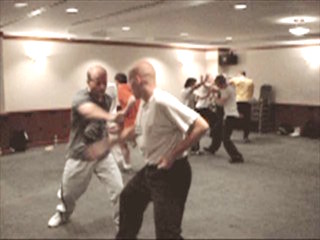 If we are not aggressive and do not hurt one another in our sparring, will this training enable us to be competent in real fights. Yes, it will. It has been proven so through centuries in the past, as well as by some of our own family members in real fights in the present. In fact, we are more combat efficient when we are calm than when we are aggressive, and a principal aim in sparring is not to be hurt.