SOME ADVANCED CHIN-NA TECHNIQUES AND COUNTERS 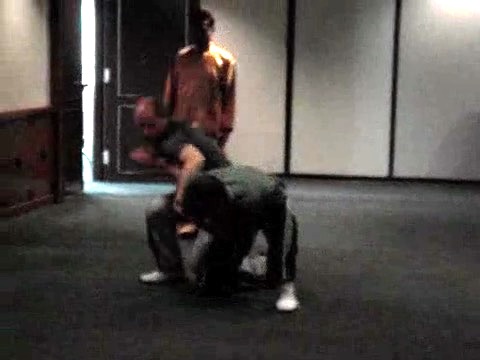 Some finer points of combat

If all other things were equal, chin-na or gripping is the most advanced of the four categories of attack. Unlike a strike or a kick which can be executed in one movement or two movements, it usually takes three or more movements to implement a chin-na attack successfully. But once it is successfully applied, it is the most difficult to get away from.

Basically there are two aspects in chin-na — “chin” which is holding, and “na” which is gripping. But “na” in chin-na is more than what is normally conceptualized by the term “gripping”. It is gripping in such a way that even when the grip is released, the victim would be unable to continue fighting.

Some sophisticated chin-na techniques from the Dragon-Tiger Set are shown in this video series. Some finer points are also explained.

Helping Opponent to Improve Himself 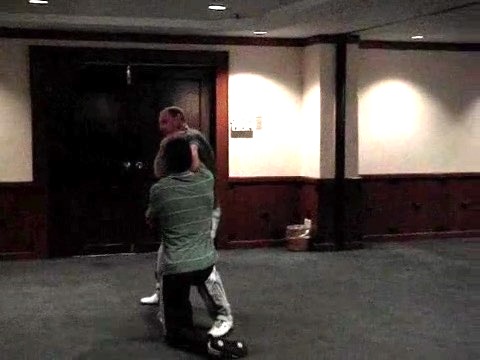 Steve and Andy work out some attacks and counters from the Dragon-Tiger Set. Andy attacks with “Horizontally Sweeping a Thousand Armies”. Steve counters with “Fierce Tiger Descends Mountain”, but he uses a Kneel-Step in place of a Bow-Arrow Stance. Andy responds with “Tame Tiger with String of Beads”. Steve suggests that Andy's response would be even better if Andy kneels on the back of his leg, demonstrating that Shaolin Wahnam members help their sparring partner to improve their combat in their sparring.

Chin-Na is the Most Advanced 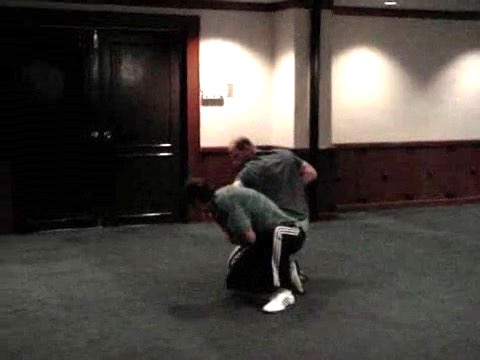 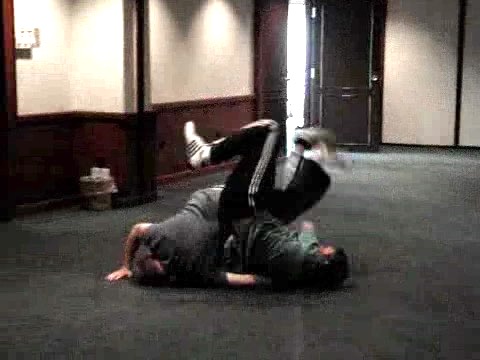 Isn't Steve's counter ingenuious? He flows with the attacker's momentum, which is an important principle in countering chin-na attacks. If you go against the attacking momentum, you may hurt yourself. This pattern is called “Gourd Rolling on Ground”. Those who have wondered what combat function rolling on the ground can serve, have an answer here. 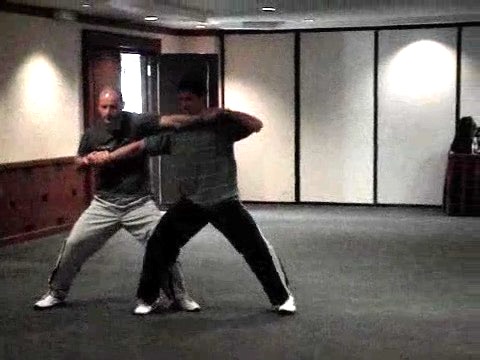 Here are some finer points about chin-na. Andy should hold Steve's hand further away from his body, to prevent, for example, Steve striking him with an elbow. Steve should grip an opponent's vital spots, like the eyes and soft spots of the neck. 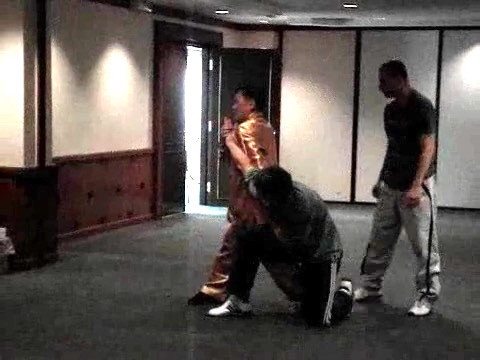 When an opponent is gripping your vital points, you must know how to release the grip correctly. Incorrect release would cause further harm. Here, where the opponent has gripped your eyes, an effective way is to rotate your waist according, not turning your head. 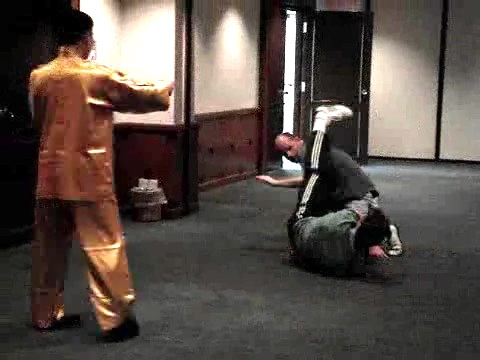 Depending on how your leg is being pressed on, you can roll forward or backward. A backward roll would result in the pattern “Naughty Monkey Kicks at Leaves”. But in this case, Steve should roll forward with the pattern “Gourd Rolling on Ground”.

Be Careful of Elbow Strike 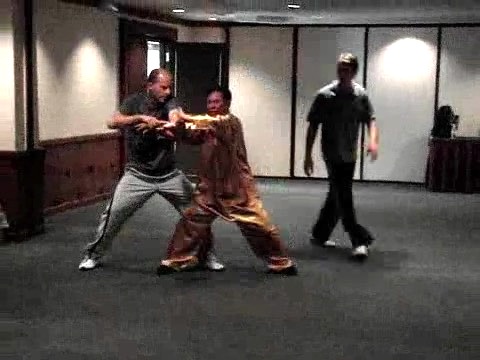 There are some finer point in intercepting Andy's horizontal sweep. Steve should be careful of Andy's elbow. It is too close to be comfortable. 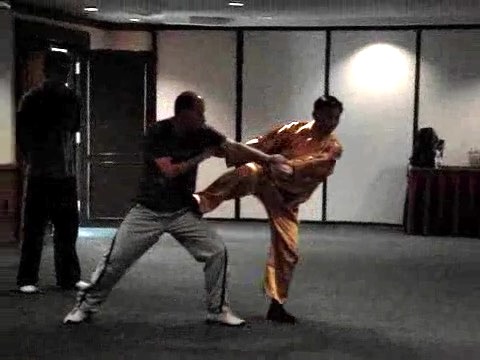 Here are some possible variations from this combat situation which we must be prepared for. Before the horizontal sweep arrives, you may lean back and execute a side kick. However, if the opponent is at close quarters, be careful of his elbow.

Of course, variations can be created by either party. By shifting the angle of his position, for example, Andy can dislocate Steve's right elbow, besides attacking Steve with a Tiger Claw. Or he can use an elbow strike to break Steve's arm. Notice the right timing of Andy's roll.