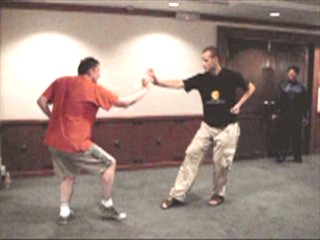 Chris and George apply simple combat strategies in their sparring

If you plan your attack beforehand and use it spontaneously in combat, you have a far better chance of defeating your opponent than just fighting him on the spot in an impromptu manner. This is the use of strategies.

Some simple strategies can be devised by combining combat sequences in various modes in both attacks and responses. This type of training is found in our basic training programme as taught in the Intensive Shaolin Kungfu Course and regular classes at various regional centres. This video series records a quick review of these strategies by participants at the Special Shaolin Kungfu Course of April 2007.

Introducing the Strategy of Pressing Attacks 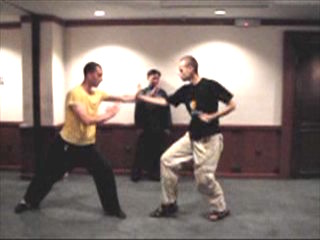 Flowing Continuously in a Sequence 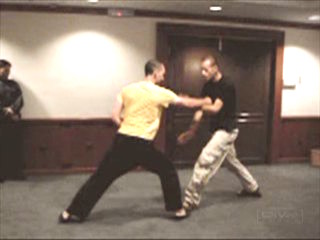 Here the roles of initiator and responder are reverse. Innes initiates with Sequence 5, and George responds. Notice that the sequence is performed flowingly as if all the patterns were one long continuous pattern.

Merely Executing a Sequence Flowingly on your Opponent 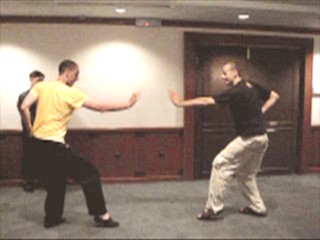 George and Innes go over Combat Sequence 6. In many cases, if you merely execute your sequence flowingly against an opponent, he is quite helpless as how to respond to your attack. If he attempts any counters, neutralize his counters accordingly and carry on with your sequence. 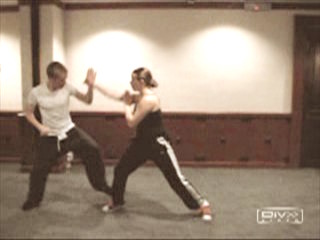 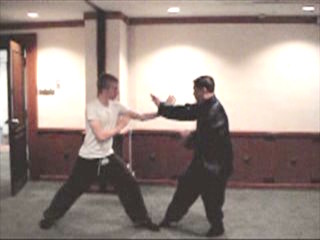 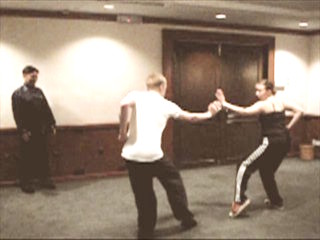 Having a preplanned way to attack an opponent is using strategies in combat. A useful strategy is to initiate an attack using a planned sequence, then continue the attack with another planned sequence. Here is an example of a simple combat strategy by Molly. She initiates with Sequence 5, then continues with Sequence 6. Nick could defend against Molly's planned attacks because he is also trained in this strategy. Another opponent who is untrained may have difficulty meeting Molly's attacks.

You may also Respond with a Combat Strategy 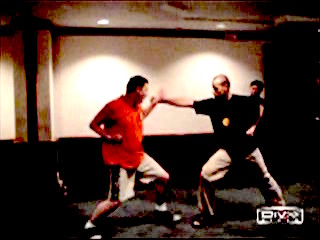 The responder, if he is properly trained, can of course employ combat strategies too. A simple strategy is to respond with a planned sequence after the initiator has completed is attacking sequence. You may continue from the initiator's Sequence 5 to any of the Sequences 5 to 8.

Varying the Modes of Attack in Combat

George attacks with a simple strategy, i.e. using a planned combat sequence, Sequence 5. Chris responds with a planned strategy too. He also uses Sequence 5. George may continue his attack by repeating his planned Sequence 5. By varying the modes in continuing from one combat sequence to another, we can have a variety of strategies to attack opponents.

A Big Advantage of Planned Attacks and Responses 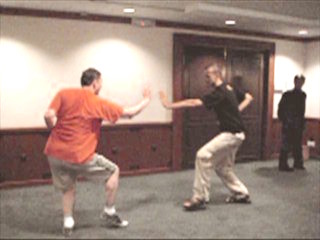