RAISING LEVELS OF TECHNIQUES AND TACTICS IN COMBAT 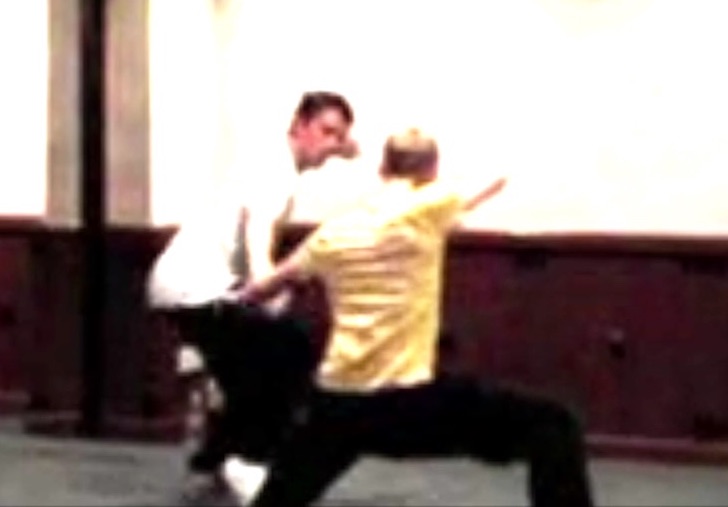 One way to raise our level of combat efficiency is to have more sophisticated techniques in both attack and defence. Instead of executing a level punch to the chest, for example, we can execute a phoenix-eye fist to his side. Instead of just deflecting an opponent's attack, we can float his attack to expose his ribs.

We can also trick our opponent with a bait. We may initiate a simple attack like a Black Tiger, and when he responds we can surprise him with a planned counter. Or we may purposely give him an opening to attack, and defeat him as he falls into our trap.

The video series below shows some of these interesting developments in combat application. 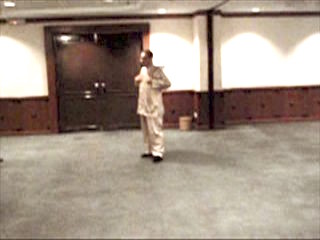 Raising Combat to a Higher Level 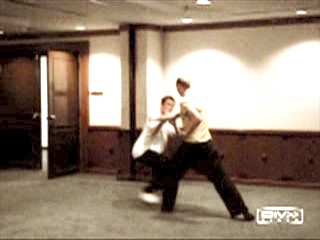 Adam and Peter are working out their combat sequence with patterns from their Dragon-Form Set. Peter attacks with a typical Black Tiger. Instead of responding with a typical Single Tiger, Adam responds with “Swimming Dragon Plays with Water”, defending and countering at the same time, thus bring the combat to a higher level. 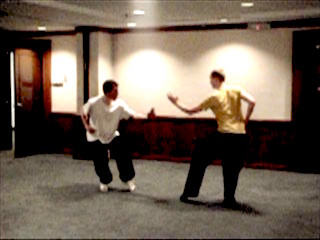 Having established their combat sequence, Adam and Peter are now ready to go into finer points. First, Grandmaster Wong tells them to use poise patterns from their specialized set. Notice that Peter's response to Adam's attack is now spontaneous even after practicing just once! Grandmaster Wong asks Adam to use more force, but advises Peter to use less strength in his deflecting the attack as he is already away from the attacking range.

Slowing Down to Understand Fine Points 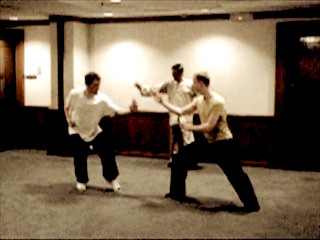 Adam and Peter purposely slow down their movements so as to understand some finer points. Peter's counter to Adam's attack is good, yet Grandmaster Wong reminds him to be aware of Adam's possible counter, manifesting the importance of “safety first” irrespective of whether the opponent knows the counter.

Initiating with a Feint Move 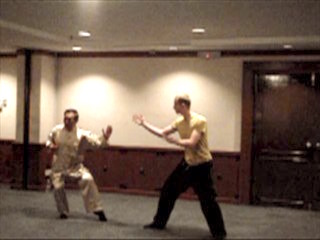 Tempting an Opponent with a Bait 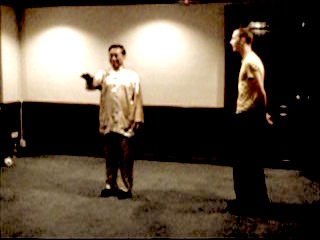 An important principle in kungfu is to presume that your opponent is capable. Hence we must always be prepared for his surprised counters. On the other hand, we can tempt an opponent with a bait. But the bait must not be obvious, otherwise he will not fall into it. We must be ready for the coup de grace when he falls into the bait. This is an advanced tactic that can be employed in the specialized combat sequences.

Raising Levels of Techniques and Tactics in Combat from Wong Kiew Kit on Vimeo.