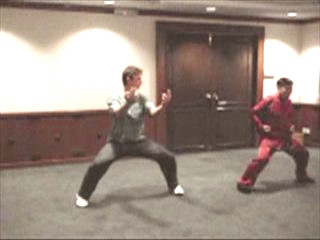 Uncle Righteousness was well known for the beauty and variety of kungfu forms; Grandmaster Ho Fatt Nam for combat application. Both of them were great fighters.

Grandmaster Wong combined the essence of Uncle Righteousness' forms with the combat application of Grandmaster Ho Fatt Nam. The result was the Dragon-Tiger Set which crystalizes the best of these two traditions.

After the salutation, Steve performs “Double Dragons Emerge from Sea”. Many people perform this pattern merely as external form, missing the inner essence. It is an important pattern to develop internal force. Presence of mind and correct breathing are important. 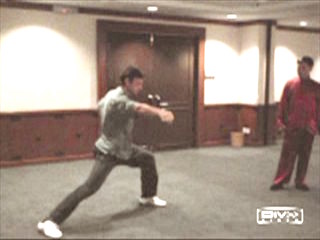 After the force training pattern of “Double Dragons Emerge from Sea”, Steve moves to “Beauty Looks at Mirror” and “Pull Bow Shoot Arrow”, followed by three repetitions of “Leak Hand Cannon Punch Towards the Sky”. Do you know the combat functions of “Leak Hand”?

The Secret of Double Dragons 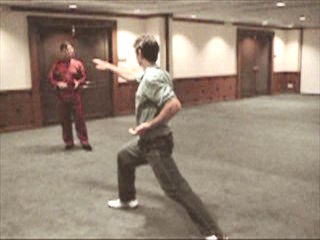 After “Cannon Punch Towards the Sky”, Steve turns around to “Golden Dragon Plays with Water”, followed by “Precious Duck Swims Through Lotus” and “Double Dragons Compete for Pearl”. Grandmaster Wong shows Steve the secret behind the “Double Dragons” technique.

Against a Low Swinging Punch 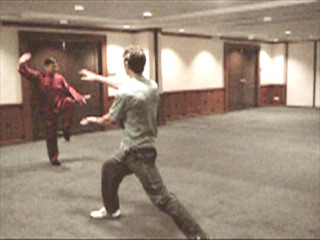 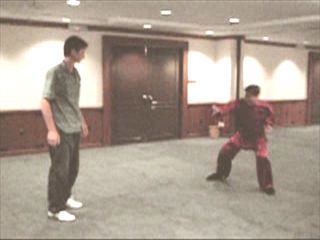 The pattern here is “Double Butterflies Fly Together”, which incorporates the famous Shaolin Butterfly Palm which, I believe, are not found in any other martial arts. The Butterfly Palms are very useful in combat but not many know how to use them. The circular movement of the palms are very important. 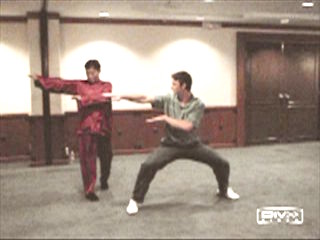 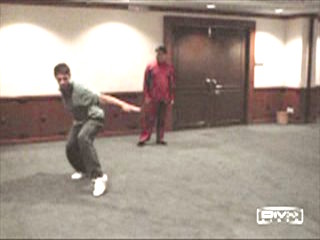 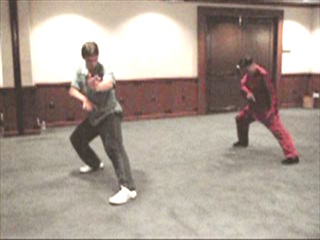 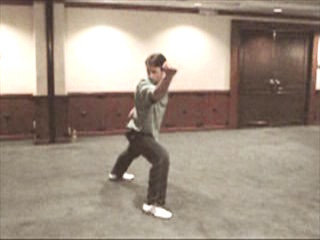 Completing the Set without Feeling Tired or Panting 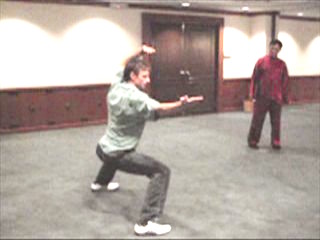