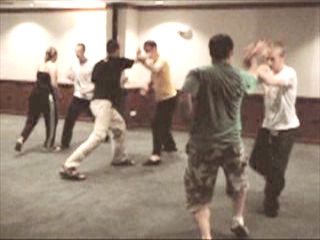 A few people have expressed to me how heartening they felt when they saw so many of our Shaolin Wahnam Family members use typical Shaolin and Taijiquan patterns in free sparring. The sparring shown in the videos below, however, is not totally free. The combatants are asked to use Sequences 1 to 12 as their base, which means they cannot use felling and gripping techniques which are found in later combat sequences.

What is even more heartening is that while injuries and aggression are typical occurrences in most other free sparring sessions, we develop wholesome qualities in our free sparring practice. Indeed much of the strong bond of brotherhood (and sisterhood) among family members is nurtured during sparring practice, as was the case amongst traditional kungfu exponents in the past.

Helping One Another in Sparring Practice 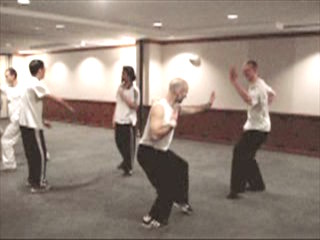 Helping one another is a hallmark in our sparring session, and it contributes greatly to building strong and warm feelings amongst our family members. This video clip captures students helping his other students, which is a very important aspect in sparring. 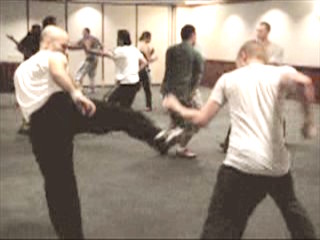 Helping a junior member is not just restricted to correcting mistakes. More significantly it involves purposely lowering your own sparring level to provide opportunities and guide your juniors to develop skills and practice techniques. 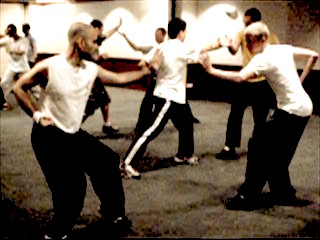 Sparring is always full of fun and a time to help one another. Theses occasions in sparring build strong bonds amongst our family members, as well as develop wholesome personal qualities, which we value more than just combat efficiency. 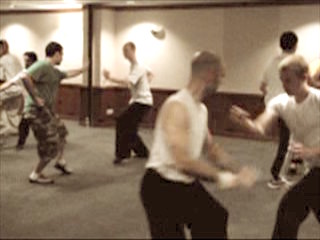 Junior members obviously benefit much from sparring with seniors who slow down to help them. But will the seniors benefit from sparring with those much below their level? Yes, they benefit a lot. Among other benefits, they have a rare opportunity to hone their skills. When someone is much below their level in sparring, the seniors have a rare opportunity to observe how an opponent moves, as well as at what point in time and space they would counter his moves, though they may not do so in the sparring so as to allow the juniors continue at their pace. 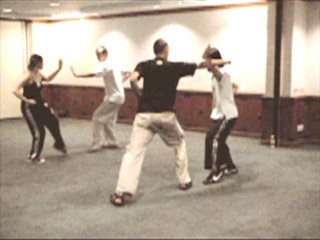 Dr Damian is forcing George back in his attack, although George is much bigger in size. Dr Damian can accomplish this not just because he has good techniques, but more importantly he has good internal force which renders George's superior size redundant. Dr Damian also has good control skills. Notice his tiger-claw stops just short of George's face. 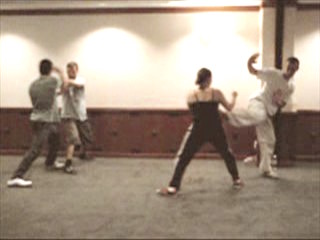 Being able to assess the level of combat competency of opponents is an important aspect in our higher combat training. This video clip gives us an opportunity to do so. In the first pair, Steve and Sifu Rolland are of similar level. In the same pair, Molly and Eugene Butterworth are also of similar level. But it is obvious to the initiated that Steve and Sifu Rolland are of a higher level in sparring competency than Molly and Eugene. It is also interesting to note that Dr Damian is smiling broadly at the end of the sparring session. Obviously he and the others are having fun.

Why are All the Attacks and Defences Similar? 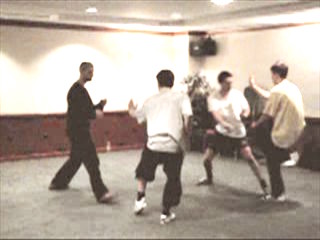 If you pay some attention, you may notice that all the combatants are using similar patterns not only in their defence but also in their attack. Some critics may say that this cannot lead to combat efficiency; the opponents will know what your attacks and defences are. Such thinking is flawed. Do you know why?

Employing the Best Patterns for the Situations 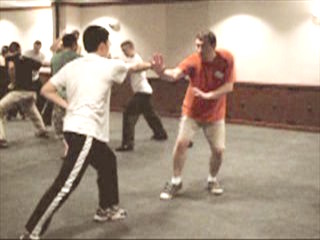 What critics may not realize is that other martial artists and free-style fighters also spar in some recognizable and predictable patterns. If you raise your hand, for example, many of them would instinctively bounce back. Because their range of techniques is narrow, their choices are more limited, and therefore it is easier to predict their reaction. Many people do not know how to exploit such prediction.

It's Heartening to see so Many People Using Kungfu in Free Sparring from Wong Kiew Kit on Vimeo.