GENTLE AND FLOWING, YET VERY POWERFUL 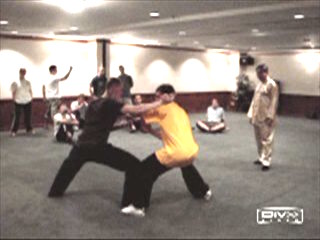 Dragon movements are gentle and flowing, yet very powerful

Actually there is no lack of kungfu literature mentioning that past internal art masters, of course including women, were relaxed, gentle but very powerful — in combat as well as in their daily life. Even if they believe what they read, they may not believe that we in Shaolin Wahnam have these benefits too. As in many other aspects concerning kungfu, we should feel flattered rather than angry at their disbelief. They prove to us, though they themselves never mean it, we have achieved such remarkable results that many people consider impossible. 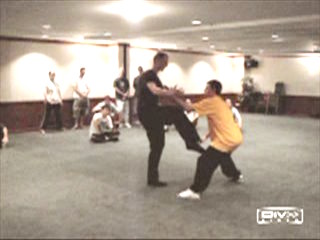 Peter and Adam are working out a combat sequence from their Dragon Form Set. Their movements are gentle and flowing, but powerful like a Dragon. How can they be powerful when they are gentle? It is due to their internal force.

Hallmark of the Dragon Style 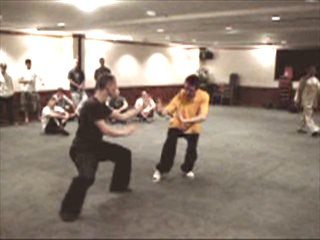 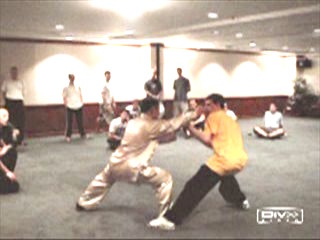 Grandmaster Wong uses the flowing movement of the Dragon to neutralize Adam's attack and simultaneously counter-strike him. Nick responds in the same way. But Grandmaster Wong exploits Adam's momentum, grips his hand, and strikes his groin with a reverse-swinging fist. 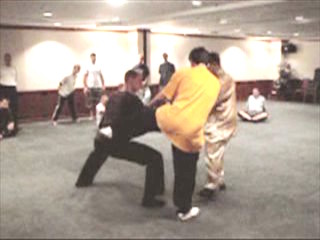 Adam's application of “Swimming Dragon Plays with Water” to counter Peter's attack (shown in the previous video clip) is a good response. But it can be even better by enhancing the footwork involved. By slightly shifting the back leg backwards, you can strike Peter, but minimize the risk of Peter's counter-attack.

Gentle and Flowing, yet Very Powerful in Shaolin Kungfu from Wong Kiew Kit on Vimeo.