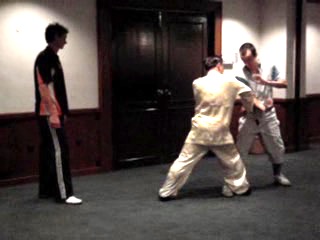 When an Opponent thinks he has Subdued you, with a Simple Turn your Reverse the Situation

In many ways kungfu combat is like playing chess. At the basic level, when your opponent makes a good move, you counter with a better move. At a higher level, you frustrate your opponent's intention even before he makes his planned moves. Or you allow him to make his planned moves but overcome him as he does so.

Of course you need to plan many moves ahead of your opponent. The planning is usually done not during combat but before combat begins, and you have practiced your planned moves many times until you are very skillful at them. This brings kungfu combat from the level of techniques to the levels of tactics and strategies.

Two secret tactics are revealed here, “lead hand” and “false-false, real-real”. When you apply “leak hand” you may defeat your opponent often without him realizing what has happened. When you apply “false-false, real-real”, your opponent may not know which attacks are false and which are real. But if your opponent applies them on you, what would you do? You can play chess. You can frustrate him before he makes his move, or allow him to carry on but overcome him in his process. 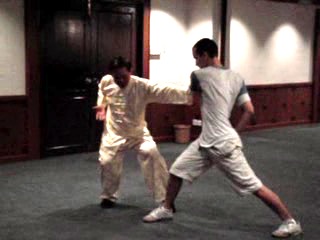 Here is a good counter against "Leak Hand Cannon Punch". If your arm is being gripped, you can release the grip and counter-strike, often with the opponent not realizing the counter-attack, using “Single Tiger Emerges from Cave”. 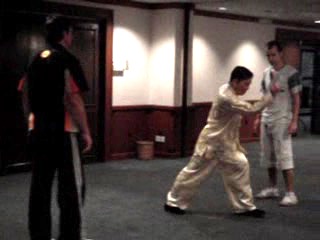 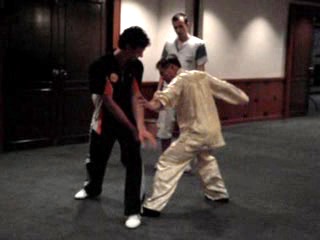 Combat in kungfu is like playing chess. When your opponent makes a good move, you counter him with a better move. Sometimes you make a few moves in advance. At other times you prevent your opponent from making his planned moves. Here Grandmaster Wong prevents Steve from apply “Single Tiger Emerges from Cave”, which can close an opponent's two hands and simultaneously attack him.

Leak in to Attack despite Good Counter 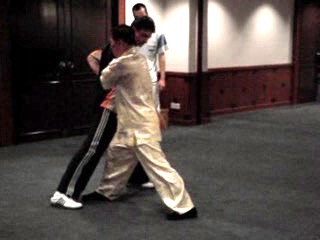 Grandmaster Wong illustrates a subtle use of the "leak hand". When he strikes the opponent, the movement of his strike itself prevents the opponent from counter-striking. 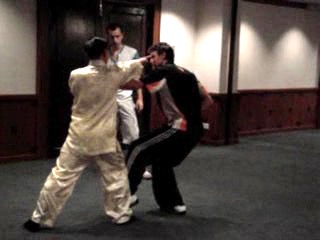 After “Leak Hand Cannon Punch”, Steve and Eugene continues with the other patterns of their specialize Dragon-Tiger Set, namely “Golden Dragon Plays with Water”, “Precious Duck Swims through Lotus” and “Double Dragons Compete for Pearl”. Grandmaster Wong reveals the secret of the Double Dragons which involve the principle of “false false, real real”. 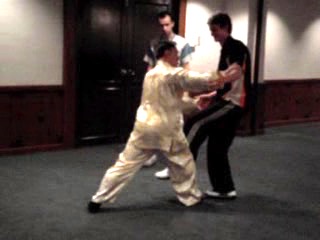 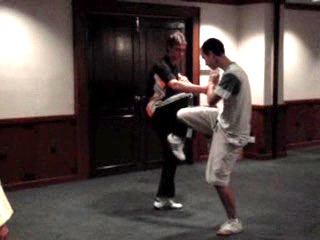 After the deadly “Double Dragons Compete for Pearl” is the pattern “Fui Sing Kicks Bushel”, which is similar to “White Crane Flaps Wings”. Fui Sing is the god of scholarship. Grandmaster Wong asks Steve and Eugene to demonstrate a combat application of the Fui Sing pattern. Eugene attacks with a Fui Sing kick, and Steve responds also with the Fui Seng pattern.

From Level of Techniques to Levels of Tactics and Strategies from Wong Kiew Kit on Vimeo.