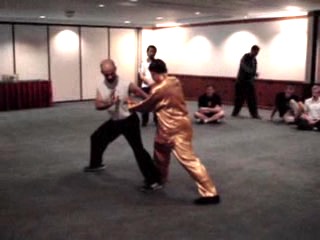 Would you believe that by using just the pattern “Cannon Punch Towards Sky” you can continue to attack an opponent almost irrespective of how he responds? This video series will show you how. Of course, it is not merely the technique; you need considerable skills.

The cannon punch here is known as “Skyward Cannon Punch”. It is different from the horizontal cannon punch, which is also known as an arrow punch.

The pattern “Two Steps Pull Boat” is a variation of the Skyward Cannon Punch, and can serve many combat functions. 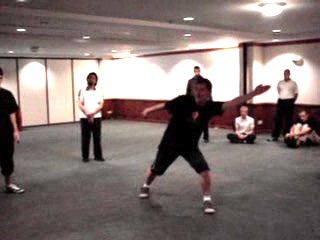 Chris asks when it is advantageous to apply the pattern “Poisonous Snake Across Valley”. Grandmaster Wong adds that the strike can start from the groin, up to the dan tian and solar plexus to the throat. 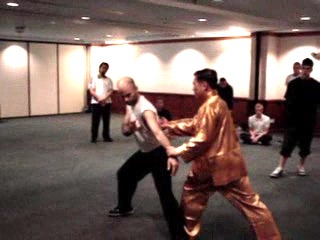 Sifu Anthony asks about the pattern “Cannon Punch Towards the Sky”. Grandmaster Wong says that a skillful exponent can apply just this one pattern to attack an opponent continuously irrespective of his responses! 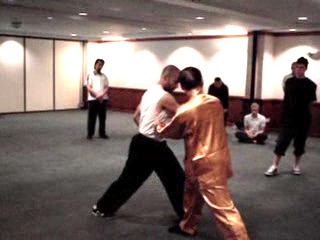 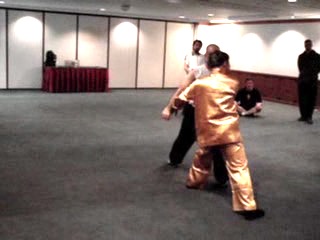 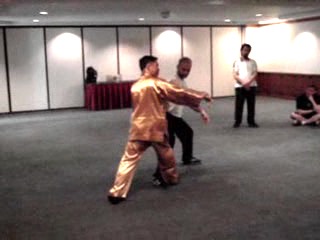 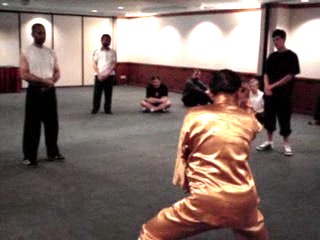 Grandmaster Wong demonstrates the footwork and hand movement of the continuous cannon punch attack. It looks simple but can be very sophisticated. When needed, a variation of the pattern “Cannon Punch Towards Sky” in the form of “Two Steps Pull Boat” is used. 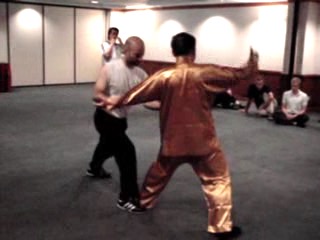