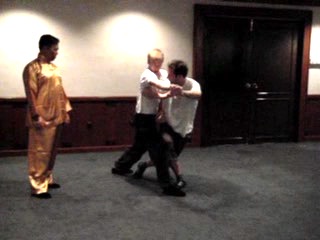 If your opponent is incompetent, you can apply sophisticated techniques from your prepared combat sequence to end the combat as soon as you start.

For most people, if they are held by a stronger opponent, it would be difficult for them to escape. A Monkey stylist, however, has effective ways to counter powerful grips. How does he do it? This video series reveals some of these secrets.

The Importance of Being Relaxed 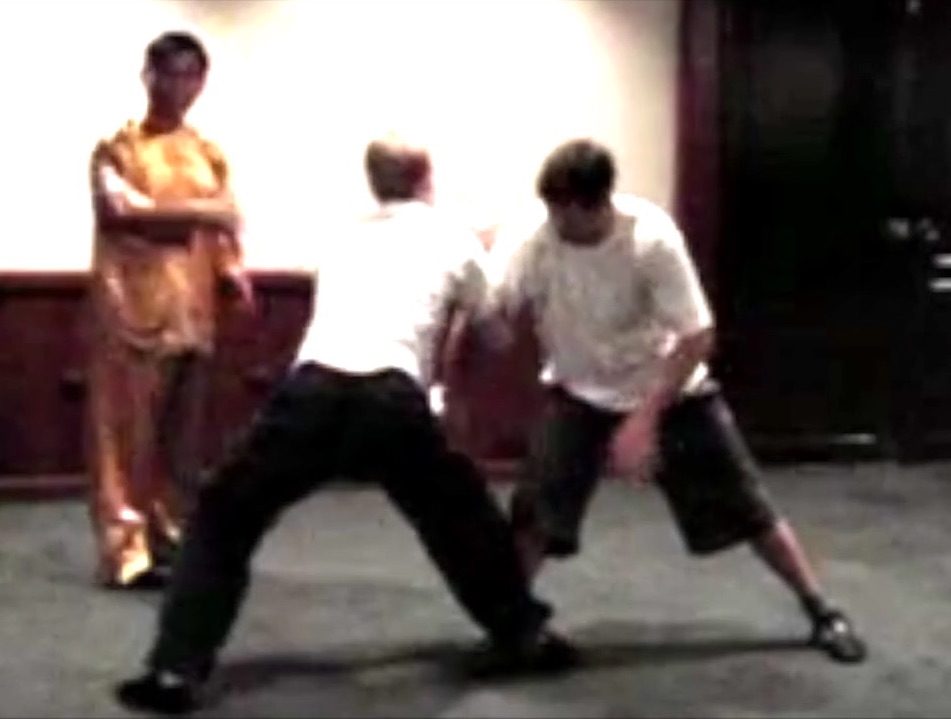 Even if your counter technique is correct, if the opponent is stronger you may not be able to escape from his grip. But Nick, who is smaller in size, could escape easily. What is the secret? One of the participants points out the secret correctly, i.e. to be relaxed. Why is being relaxed important in such a situation? 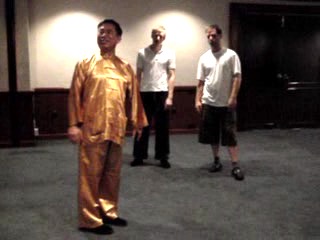 Besides being relaxed, Nick applies an important combat principle to release himself from the grip of a stronger opponent. Grandmaster Wong explains that combat principles were formulated from experience. It was not the case of masters first inventing a principle, then thinking out ways of using it.

Now Sifu Roland reverses the difficult combat situation. He uses the pattern “Old Monkey Looks at Mountain”. All these sophisticated attacks and counters are impromptu, indicating the success of the course in enabling the participants to think and act as masters. 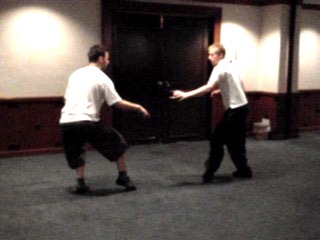 Sifu Roland and Nick go over the attacks and counters they have just worked out. These patterns form a combat sequence of the Monkey Set. Combat sequence training is a very important aspect of our Shaolin Wahnam sparring methodology. 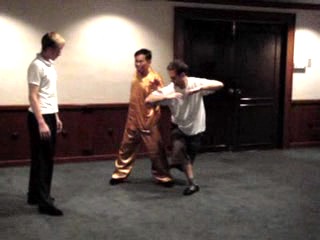 There are different ways to defend against Sifu Roland's elbow strike. You may intercept it with some force or brush it away following its momentum. As usual, there is much laughter in our Shaolin Wahnam training sessions. 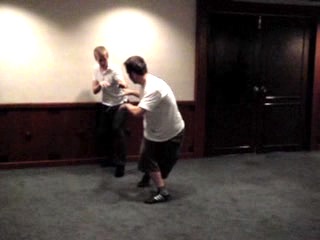 The attacks and counters are quite sophisticated, more profound than those in the 16 Basic Combat Sequences. Many people would not know the counters; they would be defeated if you can successfully apply the attacks on them. Hence, the combat could end at the first or second move of the sequence.