BREAKING AN OPPONENT'S ELBOW AND WRIST 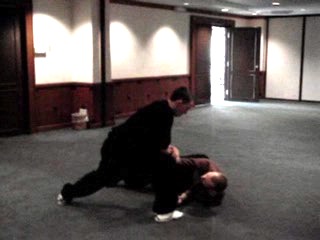 Applying a chin-na technique of the spiral hand

Two chin-na techniques are demonstrated in this video series, one to break an opponent's elbow, and the other to break his wrist. The patterns used are “Black Tiger Break Flank” and “Technique of Spiral Hand”.

These chin-na techniques are sophisticated and require some skills to apply them well. But once you are skillful in them and apply them on your opponents, they will find them difficult to escape from.

There are, of course, effective counters. Interestingly, in this sequence the second chin-na technique can be used as a counter against the first. It is important that you cover your own safety as you apply your chin-na or any techniques. A number of fine points are explained.

Difference between Sparring and Work-Out 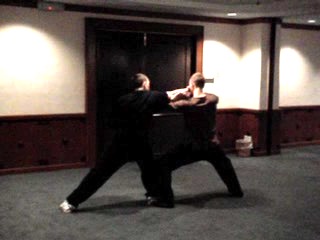 Peter and Adam work out some attacks and counters from their Dragon Form Set. They pause often when they do not have a good counter. Remember that this is not free sparring where attacks and responses would be continuous, but a training session where they try to find effective responses to various attacks. 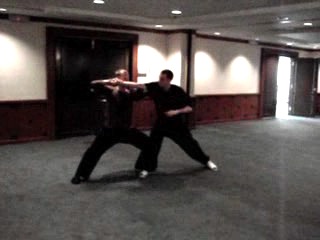 As Adam attacks with a punch, Peter counters with an upward elbow strike to break Adam's arm, using the pattern “Fierce Tiger Crouching at Cliff”. Grandmaster Wong explains the fine points in countering such an attack. 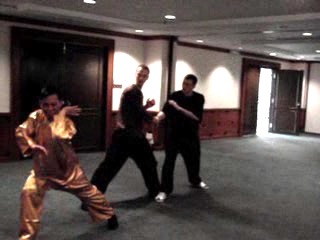 Grandmaster Wong suggests that Peter could use “Black Tiger Breaks Flank” instead of “Fierce Tiger Crouching at Cliff”. Although it is difficult, Adam is successful in escaping from this formidable attack. Grandmaster Wong reminds him to guard the opponent's elbow while escaping. 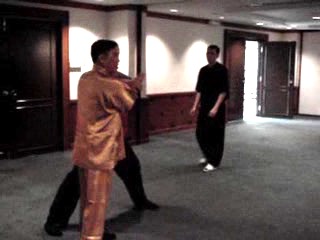 In the “Black Tiger Breaks Flank” attack, the opponent grips your wrist while striking your elbow. Therefore, it is necessary not only to neutralize the elbow strike but also to release the wrist grip. Grandmaster Wong explains how to achieve these two purposes with just one movement.

This one movement, known as “chein see sau”, often badly translated as “cocoon hand” but is actually “spiral hand”, not only neutralizes the elbow strike and releases the wrist grip but also fells the opponent onto the ground, otherwise his wrist would be dislocated. 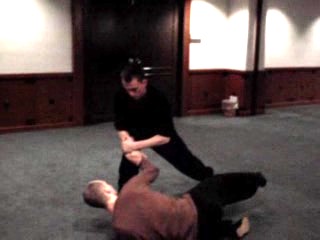 Grandmaster Wong reminds Adam to guard the opponent's free hand while applying the “chein see sau” or “spiral hand” counter, otherwise Peter can strike his ribs or groin. The “spiral hand” is a formidable attack. How would you counter it? 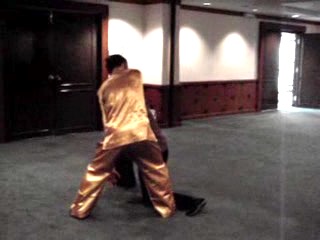 Even in a simple movement of guarding an opponent's hand, there are finer points. Today, most people may not know about these finer points, but this does not mean we can be careless. On the other hand, precisely because they do not know of these finer points, if we apply these points on them we could defend them easily.

Breaking an Opponent's Elbow and Wrist from Wong Kiew Kit on Vimeo.