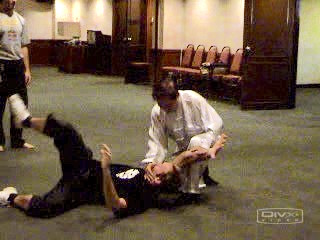 We in Shaolin Wahnam are very lucky because Grandmaster Wong's sifu, Grandmaster Ho, was a professional Muay Thai champion. Initially he learned Shaolin Kungfu because he wanted to improve his Muay Thai fighting. But having experienced the depth and superiority of Shaolin Kungfu, he gave up Muay Thai to devote himself to Shaolin. 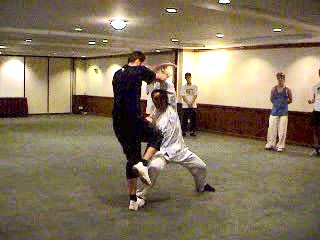 Grandmaster Wong demonstrates how to intercept a knee jab and simultaneously releases a neck grab, followed immediately with a strike. 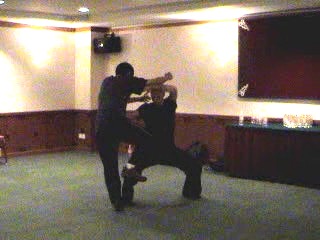 Here is another effective way to counter a typical Muay Thai knee jab by exploiting the opponent's momentum to throw him onto the ground. 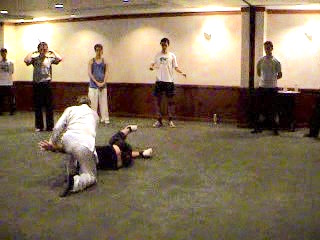 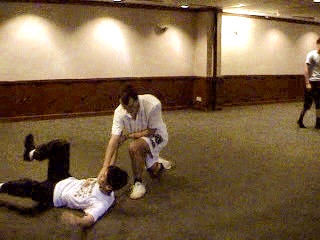 Course Participants practice the secret of Grandmaster Ho, who himself was once a professional Muay Thai champion. 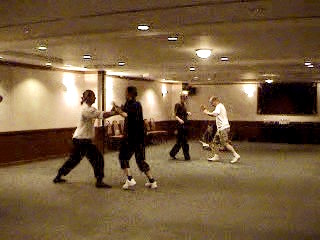 The Muay Thai knee jab is dreaded by many martial artists. It is inspiring to see here that the course participants can handle this otherwise dreaded attack very well -- thanks to the legacy of Grandmaster Ho Fatt Nam. 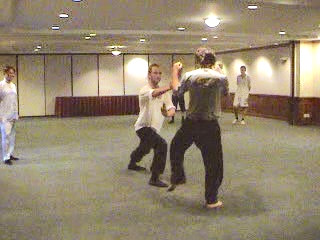 Here is another dreaded Muay Thai attack, the continuous knee jabs, that has made Muay Thai fighters much feared by many martial artists.
The size of the video clip is 1.60 mb. 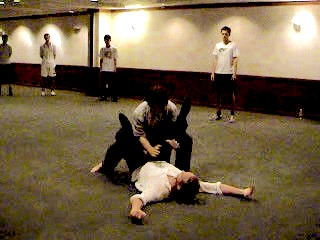 Throwing a Dreaded Opponent to the Floor

You can counter the dreaded continuous knee jabs and throw the opponent to the floor. 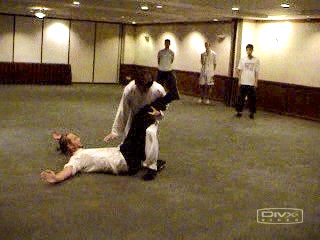 Grandmaster Wong shares another secret he learned from his sifu, Grandmaster Ho Fatt Nam. Instead of blocking a Muay Thai knee jab with force, you can use his momentum to fell him onto the ground to execute your decisive strike. This Shaolin pattern is called “Planting a Willow in front of Camp”. 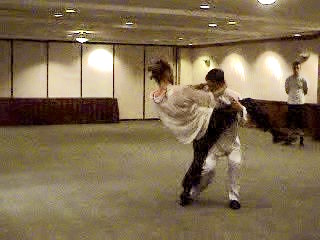 Flowing with an Opponent's Momentum

There is a fine point regarding the neck grab. The secret lies in following the opponent's momentum. 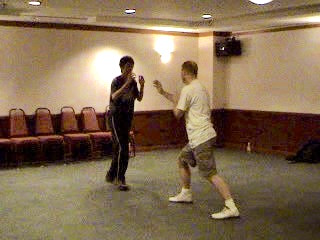 Planting Willow in Front of Camp 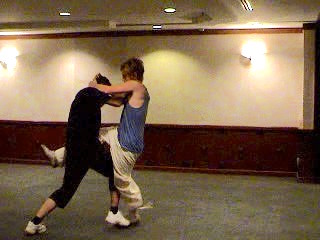 It is inspiring to see that after some systematic training the course participants can counter this formidable Muay Thai knee attack effectively.