FROM COMBAT SEQUENCES TO FREE SPARRING 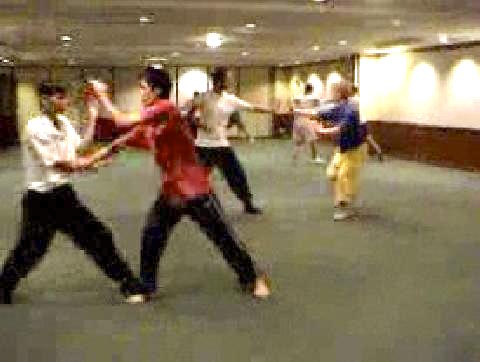 First, there is full control. The control is gradually and systematically released until eventually they are sparring freely. This is achieved through various steps in our sparring methodology, like continuation, external change and internal change, and through the progress of addition and subtraction. 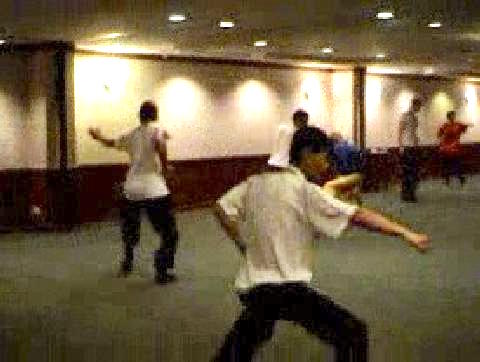 Being Fluid and Spontaneous in Patterns and Sequences 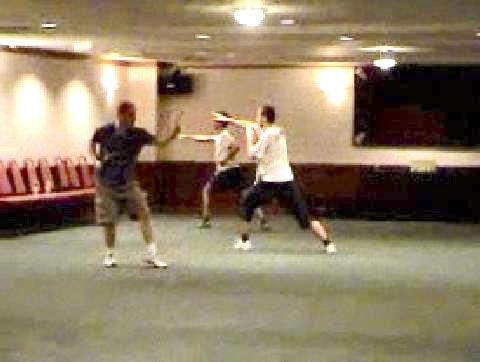 Many Ways of Form Practice

There are many ways with various objectives in form practice. You may, for example, just go over the sequence so that you can perform the patterns smoothly; or you may repeat certain patterns many times to correct some mistakes or to master them, or you may use the forms to develop force or speed. 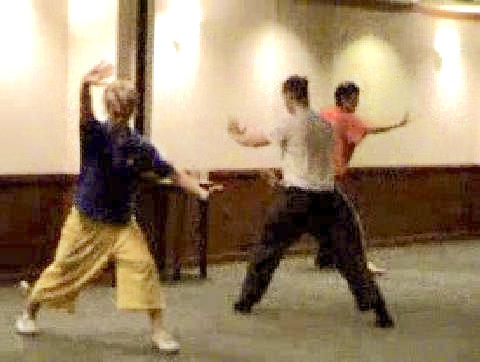 Purpose and Direction in Form Practice

Form practice is an essential aspect of kungfu training, but it must be done with purpose and direction. Many kungfu practitioners, however, have no idea of any purpose or direction when they practice forms, except perhaps for pleasing spectators, in which case their forms become flowery fists and embroidery kicks. 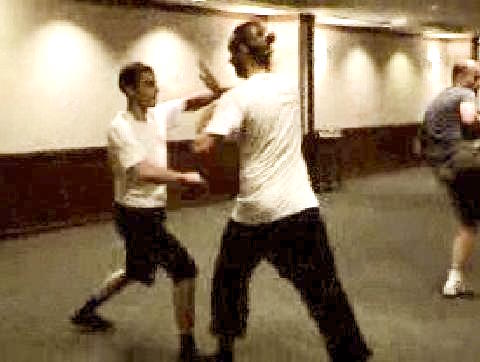 Course participants now bring their forms alive in combat application. They employ some useful guideline from their combat sequence training to enable them to use kungfu techniques and tactics spontaneously in their attack and defence, but their sparring partners could not predetermine the patterns involved. 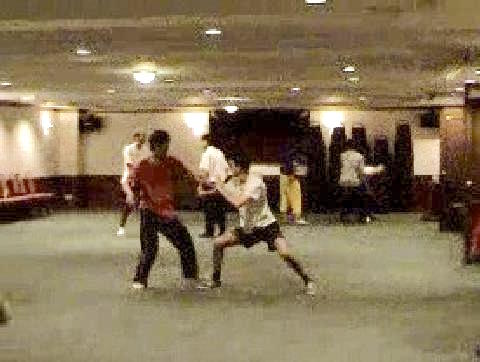 From Pre-arranged to Spontaneous Movements

All the movements here are spontaneous and not pre-arranged. How could the participants use kungfu patterns spontaneously in both attack and defence? It is the result of their systematic combat training. But the sparring here is not totally free. They have to follow some conditions, like using patterns from their combat sequences and not just any patterns. For convenience we may call this conditional free sparring. 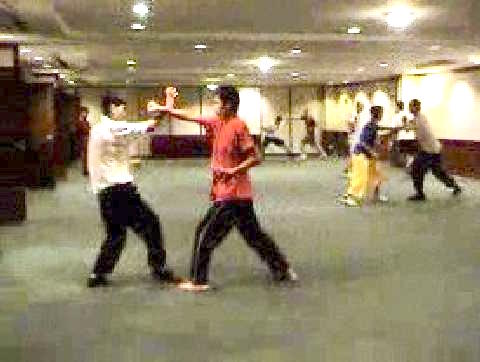 Using Kungfu in Free Sparring is Possible and Effective

Conditions are gradually released until eventually the course participants are free sparring using Shaolin Kungfu. Their performance here is an indication and inspiration that using kungfu patterns in free sparring, instead of using Kick-Boxing or free-style fighting, is possible and effective.

Can Kungfu Techniques be Used against a Non-Kungfu Exponent?

The course participants can use their kungfu patterns when their opponents also use kungfu in the sparring. But can the participants still spar well if their opponents use non-kungfu techniques, like Boxing, Kick-Boxing or Wrestling? Of course, if the participants are systematically trained. In fact it would be generally easier to spar or fight against a non-kungfu exponent. If one is untrained in combat, like many kungfu dancers are, he would likely be defeated irrespective of what martial arts his opponent uses. 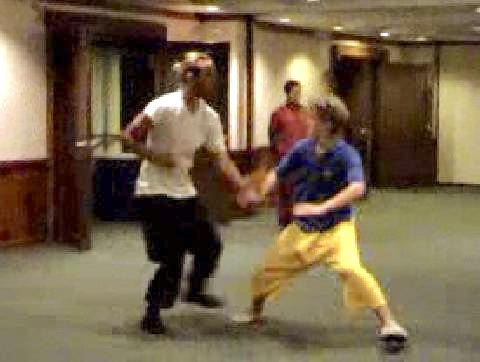 Is it Effective Against Non-Kungfu Opponents? 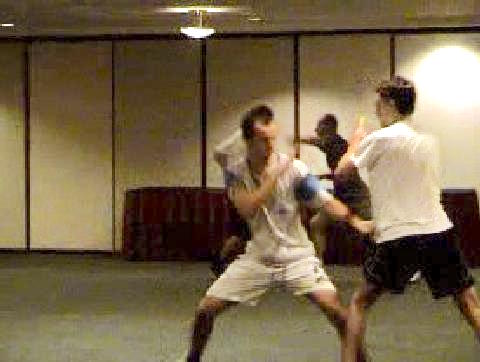 The Importance of Skills in Combat

Although Shaolin Kungfu is the most sophisticated, it does not necessarily mean that a Shaolin exponent will beat opponents of other styles. An opponent's art may be less sophisticated than yours, but if he is more skillful he will beat you. If he is faster, more powerful or more experienced in fighting, for example, he may beat you using only simple techniques.

From Combat Sequences of Shaolin Kungfu to Free Sparring from Wong Kiew Kit on Vimeo.