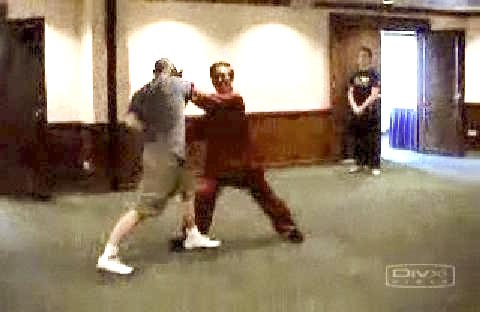 How would you defend against such an attack?

Once Grandmaster Ho Fatt Nam asked Grandmaster Wong, “How would a fragile female kungfu practitioner block a powerful sweeping kick from a Muay Thai fighter?” The question was topical as there were talks around that time among kungfu circles about how formidable Muay Thai fighters were, having defeated some kungfu and other martial art practitioners in the rings.

There were also kungfu movies around that time showing heroines using both their arms and sometimes even their palms to block sweeping kicks and round-house kicks from villains. Both Grandmaster Ho and Grandmaster Wong knew that these counters were unrealistic; the heroines' hands would be fractured.

Sweeping kicks from Muay Thai fighters are very fast and very powerful. As part of their routine training, they kick an areca tree trunk hundreds of times everyday until the tree sways. Grandmaster Ho knew this very well for he himself was a former professional Muay Thai champion.

At that time Grandmaster Ho was teaching Grandmaster Wong a Shaolin kungfu set called “Seven Stars”. Grandmaster Wong thought for a moment, but Grandmaster Ho continued, “There is no need to block. Blocking would fracture the poor girl's arms. Seven Stars, taught to me by my simu, is especially meant for fragile females against massive brutes. You can find many such moves in this set.”

This video series concerns whirlwind kicks, which are similar to sweeping kicks of Muay Thai fighters. The standard counter against whirlwind kicks in the basic Shaolin Kungfu combat sequences in Shaolin Wahnam is an intercepting technique using the pattern “Bar the Big Boss”. This technique was taught by Grandmaster Ho to Grandmaster Wong, but it does not come from “Seven Stars”; it comes from the fundamental Shaolin Temple set, “Four Gates”.

“Bar the Big Boss” is a relatively hard counter against whirlwind kicks. A “softer” counter is “Tame Tiger with String of Beads”, a beautiful pattern that can also be used against any kicks! 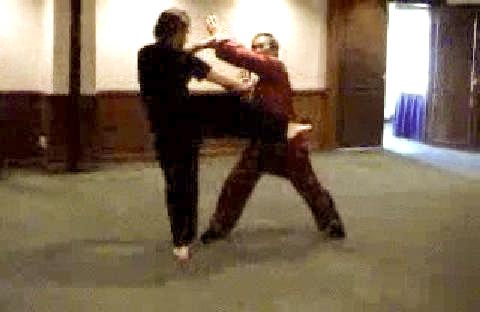 An effective counter demonstrated is a whirlwind kick, implemented by the pattern “Naughty Monkey Kicks at Tree”. This is also a combat-ending move as the kick may break an opponent's ribs or injure his kidney which can be fatal. So be careful. 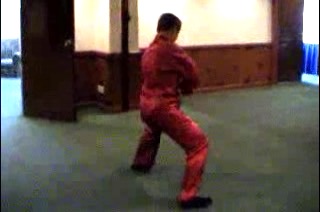 Whirlwind Kick and its Counter

The class performs the initiator's mode as well as the responder's mode for this sequence involving a whirlwind kick and its counter. 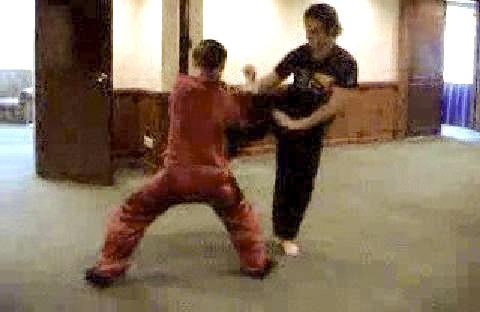 Intercepting the Kick, Not Blocking It

The counter, “Bar the Big Boss”, is an intercepting technique, not a block. The difference is crucial. Blocking a powerful sweeping kick from a Muay Thai fighter, for example, may result in the exponent's arm being broken. But intercepting the Muay Thai kick may put the fighter out of action. 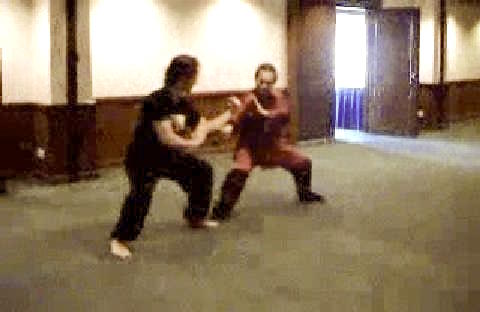 This is Combat Sequence 12, “Naughty Monkey Kicks at Tree”. The counter against the whirlwind kick is “hard”. A “soft” counter is shown in the next video clip. 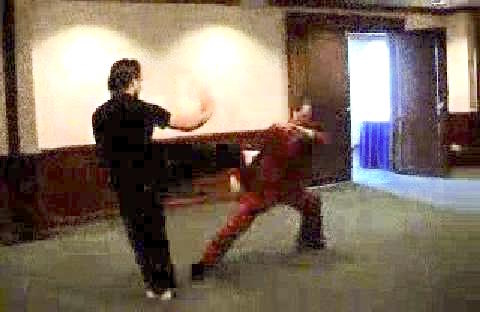 Tame Tiger with Sting of Beads

A “soft” counter against the whirlwind kick, which is a powerful kick, is to avoid it by slanting the body back without moving the legs. A suitable pattern to implement this technique is “Tame Tiger with String of Beads”. As soon as the kick is spent, shift forward to strike the opponent's ribs or any suitable exposed part. 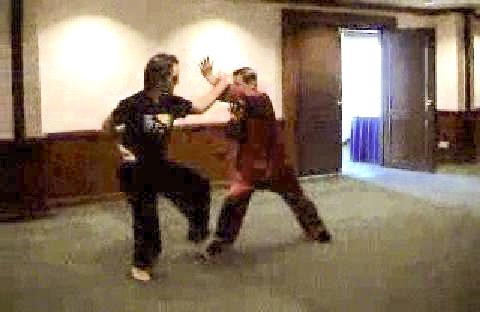 This is a soft counter against the whirlwind kick. In the pattern, "Tame Tiger with Strings of Bead", it is important not to block an opponent's kick with the front hand which may result in the hand being fractured. The front hand is meant to guard the exponent's front leg. 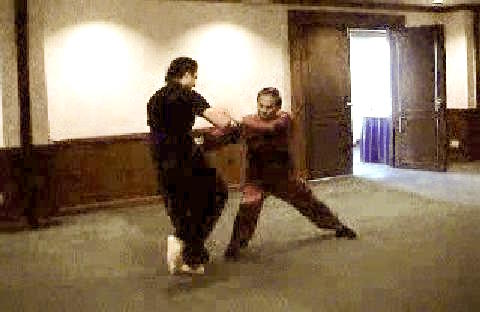 When shifting forward to counter-strike after avoiding an opponent's sweeping kick, it is important to push the leg away to prevent him from kicking again. You also have to guard his leg and hands when counter-striking. Follow up with a leopard punch.

How would a Fragile Girl Counter a Powerful Sweeping Kick from a Muay Thai Fighter from Wong Kiew Kit on Vimeo.