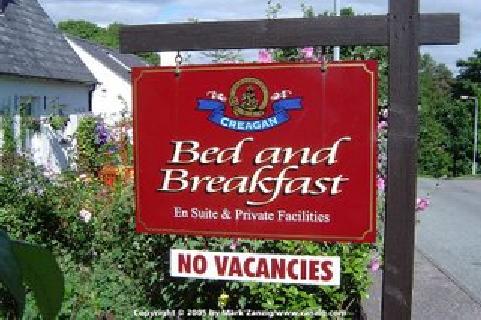 After a brief journey we stopped for fuel and ice creams. I discovered that a cornetto is ideal for a driver to enjoy. Its cone facilitates smooth gear changing, without the risk of spillage. Like Sifu and Michael, I prefer a Magnum any day of the week, but the level of technical ability required makes it unsuitable for eating whilst driving. Unless you like “dinner medals” all over your clothes.

About 20:00 hours on the outskirts of Oxford, I spied a rather pretty B & B (not the one in the photo). Pulling a very illegal stopping manoeuvre I was able to enter the drive way. We had enjoyed rather pleasant weather during our trip so far, but it had started raining about an hour ago and would never be far away for the rest of our road trip. Michael and I got out to make enquiries. The owner expressed her sincere apologies and explained she had no rooms available. I asked her if she could recommend somewhere near by. Her answer caused alarm bells that I ignored at the time: "I'm sorry love but I can't, I've already sent about 20 other people off in all directions."

I am unable to remember by which road we approached ever closer to the centre of Oxford. My role as Driver did not necessitate such detail, maybe Michael could remember if you asked him nicely. Enough to say that there were many B & B's along the way. After asking at about 12 of them and being given the same "no room at the Inn" reply we stopped asking and continued into Oxford for our evening meal. At this stage of my narrative I must make a confession. I find driving around strange towns and cities quite a challenge, but Sifu loves it. As a good student I do what my Sifu tells me to. I try to get away with it as often as I can, but Sifu is a great teacher and always manages to provide me with a stretch out of my comfort zone, just when I need it. Oxford was one such occasion. I'm still trying to forget it!

Eventually I parked up (after parking in a doctors' spot and then pulling a seriously naughty U turn) and we set off into Oxford. I know it's probably just me, but UK cities on a Saturday night give me the shakes. Groups of drunken people always put me on my guard. Years of travelling across Nottingham late at night I guess. Sifu stopped a rather unlikely looking youth (in my opinion) and asked where the university was. The youth replied with: "which one?" and the whole conversation went rapidly down hill from there. I think the plan was to find accommodation at the university. But with Oxford having so many, the system wasn't the same as at Canterbury, where you could pull up and get a room on campus.

Undeterred Sifu set off to find somewhere to eat and came up trumps with a magnificent Chinese restaurant. Sifu spoke in Chinese (Cantonese?) to our waiter and we were off. Great food, great prices and cooked quickly, by 22:00 we were ready to hit the road again.

I remember the A44 out of Oxford very clearly; my alarm bells were well and truly ringing constantly now. We had tried at least a dozen places to stay on our journey, all without success. This usually involved me screeching to a halt in a handy spot and Michael running around ringing on doorbells and crashing into public houses. We stopped at quite a few beautiful towns, places where it would have been delightful to have spent the night. But such a fate was not to be ours. 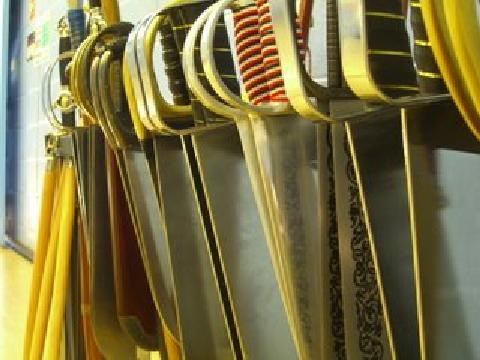 Remembering the comfort of Canterbury with the Weapon Course, especially when there were no rooms at Oxford