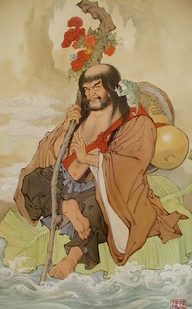 I read Douglas' question and your answer in the Q&A Series October 2013 Part 2. It confused me a little.

Elsewhere on your website and also during the course in Penang, you mentioned:

Could you please comment on these apparently different descriptions of the benefits of the Small and Big Universe?

When I mentioned that

I was referring to the normal result of attaining the Small and the Big Universe.

When I mentioned that

I was referring to our result now of attaining the Small and the Big Universe.

Since 2000s I have upgraded the results because my teaching methodology has improved tremendously. We may grade chi kung results into three levels.

These were the results my students obtained at the earlier period of my teaching, around 1980s to 2000s. The techniques to realize the results were as follows:

The Big Universe at that time was the Phenomenal Big Universe, i.e. students could activate harmonious energy flow in all the twelve primary meridians.

Understandably, many people may not believe us. Some may accuse us as big liars making ridiculous claims. As I have often mentioned, that is their business, and we are not going to waste our time convincing them. Not only we know what we say is true, more importantly many of us have actually attained the results, especially in overcoming hundreds of illness. And I am very proud that you yourself have helped many people overcome so-called incurable diseases.

But to us, having direct experience of our beliefs, we know that it is actually nothing fantastic about overcoming hundreds of illness and never dying. It is, in Taoist terms, returning to Nature, or in everyday language, returning to the natural order of things. We just actualize natural truths, which most people miss or do not even understand, or believe in when explained to them.

In this connection, it is beneficial to see four levels of development, as follows.

Hence, members of our Shaolin Wahnam Family are elite. They are at least two levels above most people in this development. Those who have achieved the results are three levels ahead.

I have just moved to America and I am using http://www.shaolin.org as a reference. I appreciate your knowledge. And I assure you with your help I will practice gong fu with a passion.

Many people have kindly commented that my website is the most informative on genuine Shaolin Kungfu, Taijiquan, chi kung and Zen. They particularly like my Question-Answer Series.

Many students have also told me that learning from us is a life-changing experience. They are more healthy and find everyday a joy. 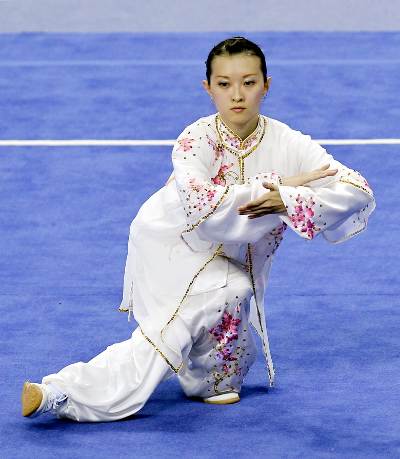 Wushu is a magnificent art but it is not traditional kungfu

I want to continue my training but I am scared I will not find a real gong fu school here. I do not want to learn wushu, and I want to stay as close to the old traditions as possible.

I am quite obsessed with the martial arts after visiting China for 2 months. I was lucky to learn gong fu form from an older sifu. He has no school or students.

I am glad you understand the difference between modernized wushu and traditional kungfu. Most people, including many Chinese, don't know the difference.

The benefits of training a martial art is not necessarily in actual fighting. The benefits should be used in our daily peaceful living.

Also you need not be obsessed, in the sense that you spend all your time over it and become a slave to it. It should enrich you life, giving you more time to accomplish worthy things.

I am living in Orlando Florida now and I would like to know if this school with this website is authentic. If it is not. can you recommend a school for me or must I move to China?

But we have some excellent Shaolin Wahnam schools in Florida. Please see the List of Certified Instructors for details. 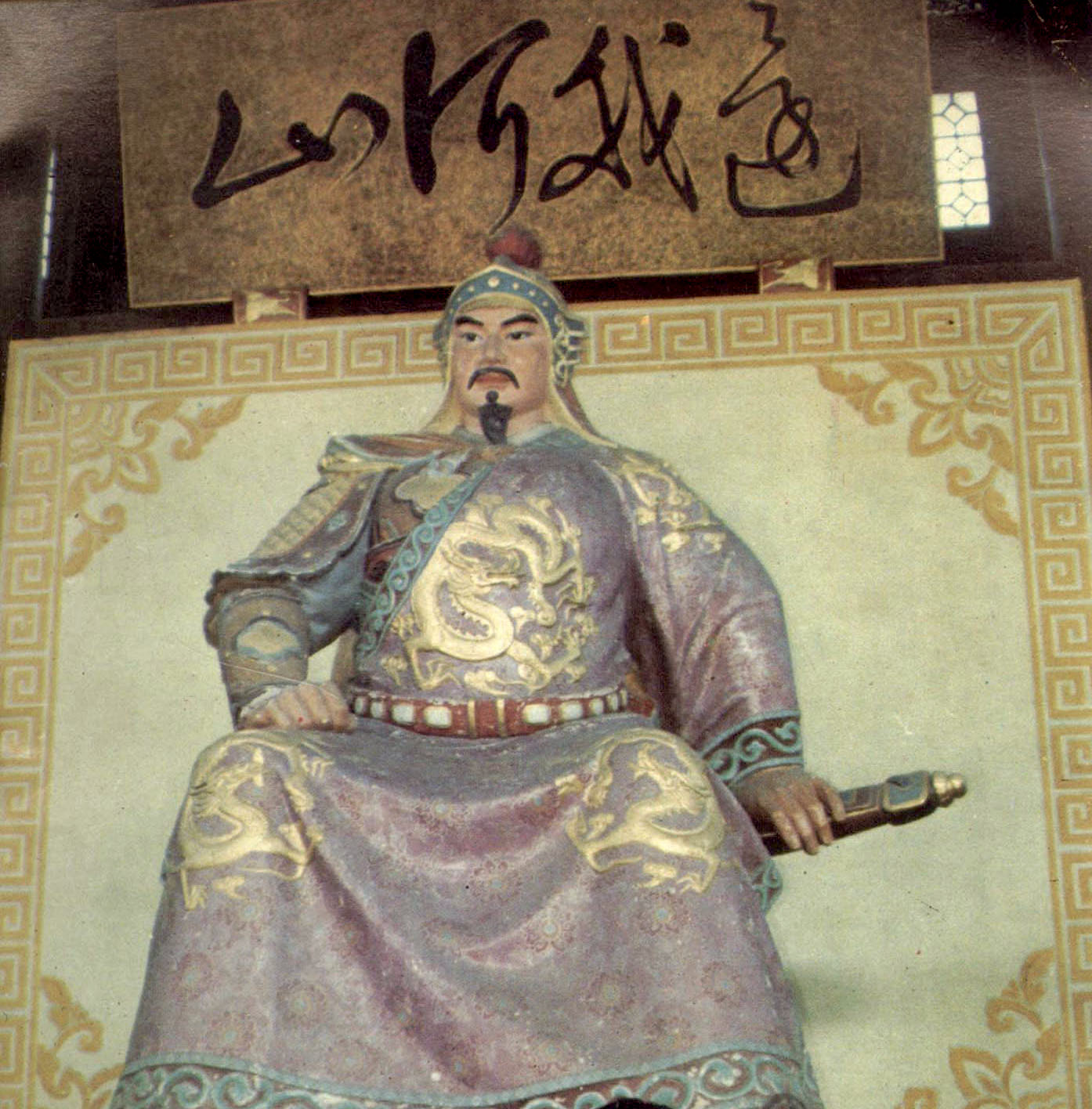 It is so fascinating. I don't chase these experiences, sometimes chi flow is just very internal, massaging my organs just swaying about, and I enjoy this just as much. I just am very fascinated by the manifestations, and the sometimes almost perfect forms that appear.

I feel it would be a shame if I just ignore these forms, because they happen in such great skill (from my humble understanding). Sifu, is it OK to sometimes practise the Chuo Jiao patterns that manifest? Sifu, may I ask if I could maybe show these few patterns from Chuo Jiao at the Valentine courses next month, and maybe ask for some guidelines and corrections?

You are right. It will be a shame if you ignore these rare opportunities.

It is not just OK but recommended that you carry on with the practice of Chuo Jiao. I am sorry we missed the opportunity of you showing me your Chuo Jiao practice at the Valentine courses, but make sure you show me the next time we meet.


Editorial Note : Tim's earlier questions can be accessed at January 2014 Part 2 issue of the Question-Answer Series.

Wu Song loved wine (or liquor). He drank three huge pots, when one would have made most people drunk, and killed a huge, fierce tiger with his bare hands. He himself said that his kungfu would be at its best when he was drunk. 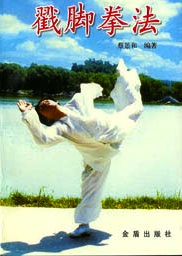 Or is this a story that only recently has been added to the oral traditions of storytelling in China? I found this very interesting as the Drunken Eight Immortals Set feels very natural to me. I am very grateful and happy to have learnt this most amazing set from Sifu.

It was certain that Yue Fei learned from Zhou tong, and Zhou Tong was said to have learnt from Deng Liang, the inventor of Chuo Jiao Kungfu. But I am not sure of Wu Song. There was no mention of his kungfu lineage. I believe he and Yue Fei never met.

The Drunken Eight Immortals is indeed an amazing set. It was inspired by Immortal Li, our patron immortal in Shaolin Wahnam.

I have already learnt quite some material, but progress is going hand in hand with all the different styles and sets. I don't feel overwhelmed by it.

I am also very keen in learning Xingyiquan at the Summer Camp, and hopefully also Wudang Kungfu later this year if I would be accepted.

My goal is to be a good student in everything I have learnt, and to be able to use everything in combat situations.

I am very happy about your kungfu progress. When I saw you in Ireland, it was obvious you had made tremendous progress in internal force.

Xingyiquan, which was invented by Yue Fei, is a very good style for you. You are also welcomed to attend the Wudang Taijiquan course.

It is very important that you must not be overwhelmed by the many kungfu styles and sets available in our school. The opportunities to learn a great variety of styles in our school are unprecedented in kungfu history. Never before such opportunities happened to any practitioners – not even at the Shaolin Monastery, which represented the pinnacle of kungfu.

Not only you must not be overwhelmed by quantity, you must also not be overwhelmed by quality. Our cost-effectiveness in training is also unprecedented. Never before in kungfu history could practitioners progress so fast. Our students could achieve in weeks what past practitioners took years! You must spread out your progress. You must not over-train.

It is important to bear in mind that kungfu training is to enrich our life, not enslave ourselves to it. You should also spend time with your parents and your friends. You should make good use of your training in chi kung healing to help people overcome so-called incurable diseases