INTRODUCTION TO THE THIRTY SIX STRATEGIES 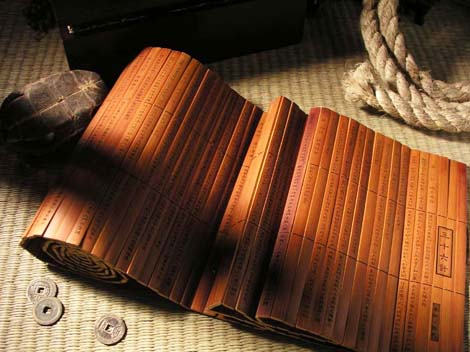 1. Deceive Heaven to Cross Sea
2. Surround Wei to Save Zhao
3. Borrow Knife to Kill Another
4. Use Rest to Wait for Labour
5. Rob while Fire is Burning
6. Sound East Attack West

7. From Nothing Born Something
8. Secretly Escape via Chen Cang
9. Across Beach Watch Fire
10. Knife Hidden in Smile
11. Plum Sacrifices for Peach
12. Snatch Goat Along Way

I am sure we shall have a lot of fun as well as benefit from the answers to the questions submitted.

Firstly, we are aware of tricks our opponents may use on us. The 36 strategies are comprehensive, and so include any tricks opponents may think of, regardless of whether they know the 36 strategies. This is following the advice of the great strategist, Sun Tze, i.e. know your enemy and know yourself, and you will win hundred battles out of hundred. Sun Tze himself used these tricks frequently. These 36 tricks are effective tools to implement the strategies described in the Art of War.

Secondly, tricks by themselves are neutral. It is the intention behind that makes our action facilitated by the tricks noble. You will be pleased to know that the great Guan Yin Bodhisattva used the first of these 36 strategies, Deceive Heaven to Cross Sea, on Monkey God. The result is that not only it brought a lot of benefit to the Monkey God, but also it brings a lot of benefit to people all over the world, including us.

After being released by the Venerable Xuan Zhang, or Triptaka, from the Five-Finger Mountain which imprisoned Monkey God, he became a disciple of Xuan Zhang to protect the master in the journey to the West to bring sutras back to China for translation. (If this did not happen, most of the Buddhist sutras which were originally written in Sanskrit would be lost.) But Monkey God was mischievous and would not always listen to Xuan Zhang.

So Guan Yin Bodhisattva appeared as an elderly lady with a crown in the form of a golden ring and a magnificent robe, and presented them to Monkey God who gladly wore them. Then Guan Yin Bodhisattva taught Xuan Zhang a ring-tightening mantra. Whenever Monkey God did not follow Xuan Zhang’s instructions, the master would recite the mantra, which would tighten the ring on Monkey God’s head causing him inextricable pain. Monkey God knew 72 transformations. He could, for example, change himself into a fly, but the ring would contract accordingly. The pain would stop only when Xuan Zhang stopped chanting the mantra.

In fact two of the 36 strategies originated from the stories of Monkey God and Immortal Li, namely Rob While Fire is Burning and Borrow Body to Reincarnate. We shall read about these interesting stories in the relevant answers.

So the Thirty Six Strategies Course during the Valentine Festival in Ireland is not about learning how to trick people doing something which they would not normally do, but about learning to be cost effective so as to enrich our lives and the lives of other people. These strategies, collected over many centuries, are still being actively used by military strategists, business leaders and top people all over the world today.

A course on the Thirty Six Strategies will be held on 16th and 17th February2013 in Ireland. Please see Valentine Festival 2013 for details.