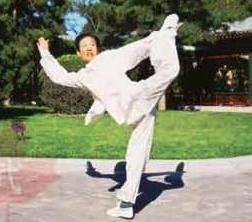 I was wondering if I could ask some questions about Chuo Jiao, and also share some recent manifestations I have experienced lately.

The girl in the video shows very well what I experience, the starting stance with the chest pushed forward especially, and the sideways moving between kicking.

The internal chi flow in the starting stance is very interesting. Chi rises to the chest, and simultaneously the arms spread.

The chi flow in other Chuo Jiao patterns, when doing low kicks, is guided by the hands to the feet. I have also experienced a screw-like force flowing down the legs to the feet in a particular pattern, kicking at the ankle or shin I believe.

Chuo Jiao Kungfu is a Northern Shaolin style and is very beautiful to watch. It is not widely known, but is famous for its kicks. Those who think that Taekwondo or Muay Thai kicks are impressive, will simply be amazed by Chou Jiao kicks.

This style was invented by Deng Liang during the Song Dynasty (960-1127). Deng Liang taught Chuo Jiao to Zhao Tong, who in turn taught the famous Song marshel, Yue Fei.

Wu Song, a hero of the Water Margin legends, was a Chuo Jiao master. As you are a reincarnation of Wu Song, it is no surprise that Chuo Jiao techniques emerge in your chi flow.

Sifu, could I ask for the name of the pattern shown below?

I don't know the name of this pattern in Chuo Jiao Kungfu, but in Shaolin Kungfu it is called "Dragonfly Plays with Water". 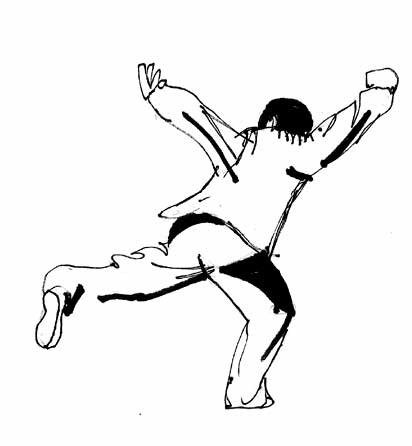 When this pattern manifested for the first time, I had a realisation about this pattern being used in warfare, breaking through lines after lines of enemies. When a kick lands, the body takes place where the attacking foot landed; like taking huge leaps, one after the other, breaking through the enemies’ lines.

It is very interesting, more patterns actually materialize. The above pattern happened outside of Kungfu practise, it just happened while enjoying some drinks and listening to music. I have now watched quite some videos about Chuo Jiao, but in almost most cases, the patterns manifested before I saw the videos.

This is wonderful. Carry on with your Chuo Jiao training. When you see me the next time, show me what you have done, and ask me any questions you have.

Chuo Jiao is difficult to learn and difficult to teach. I would not be able to perform Chuo Jiao patterns as well as you do, but based on my understanding and experience, I shall be able to give you good advice regarding your Chuo Jiao practice.

Chuo Jiao is a deadly martial art, besides being very beautiful to watch. Opponents are often at a loss at how to defend against Chuo Jiao attacks. But Chuo Jiao has a lot of innate weaknesses. As a good martial artist you must know what these weaknesses are, though most people may not realize them, and how to neutralize opponents’ counters if they exploit these weaknesses. I shall be of much help to you in this respect.

I believe in time maybe I will be able to link the patterns in sequences or a set. Because the more I let go, after a while it is like I am teaching myself while talking Chinese, adjusting and making a form alive.

This is an important step in your Chuo Jiao development.

First link the patterns in a meaningful way into a sequence. You must understand why the patterns are linked in that way. Then link various sequences into a set.

A basic methodical approach is as follows. Think of typical ways an opponent would attack you using hand strikes. Then compose a combat sequence using Chuo Jiao techniques to defend against or counter the attacks. Repeat a sequence each with kicks, felling attacks and chin-na. Compose the four combat sequences into a set.

An advanced approach is as follows. Compose sequences to enable you to apply pressing attack on your opponents. Your combat sequences should include strikes, kicks, felling techniques and chin-na as well as common attacks from other martial arts like jabs and crosses, shoots, take-downs and knee strikes. Compose these combat sequences into a set.

Show me the combat sequences when you are ready. I shall help you to improve them. 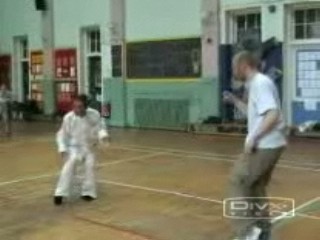 I have taught myself other forms of other styles this way also. I learnt about the pressing palms when doing the double Tiger Claws this way, and Iron Wire also manifests in a fierce way. Sometimes so fierce that I wonder if I am using external force or internal force. The fists formed in Iron Wire (in chi flow) are guided with a very fierce voice, speaking Chinese, and the fists clench so hard I worry it is external force. I am speaking/shouting very fiercely while it is happening. The fists clench very forcefully.

Such developments are not uncommon in chi flow. When you are in deep chi flow, you are in contact with the Universal Mind, enabling you to tap into knowledge and skills of past masters. Other people may think we are crazy – that is their business. You must, of course, always use the knowledge and skills for good, and never for evil.

Sifu, should I slow down when this happens, or can I safely let this strong forceful way happen? I don't know if it is me or a past masters guiding me, the chi flow justs manifests this way like it is me correcting myself.

The tones in voices, are sometimes different, sometimes fierce, sometimes gentle. When monkey style comes out, I speak very high pitched in Chinese, experiencing the spirit of the monkey. Very different from the fierce Tiger forms.

It can be you tapping into the wisdom of the Cosmos, or past masters guiding you, or both. Be humble, and thank the Cosmos or the past masters.


Editorial Note : The enquirer's questions will be continued at January 2014 Part 3 issue of the Question-Answer Series. 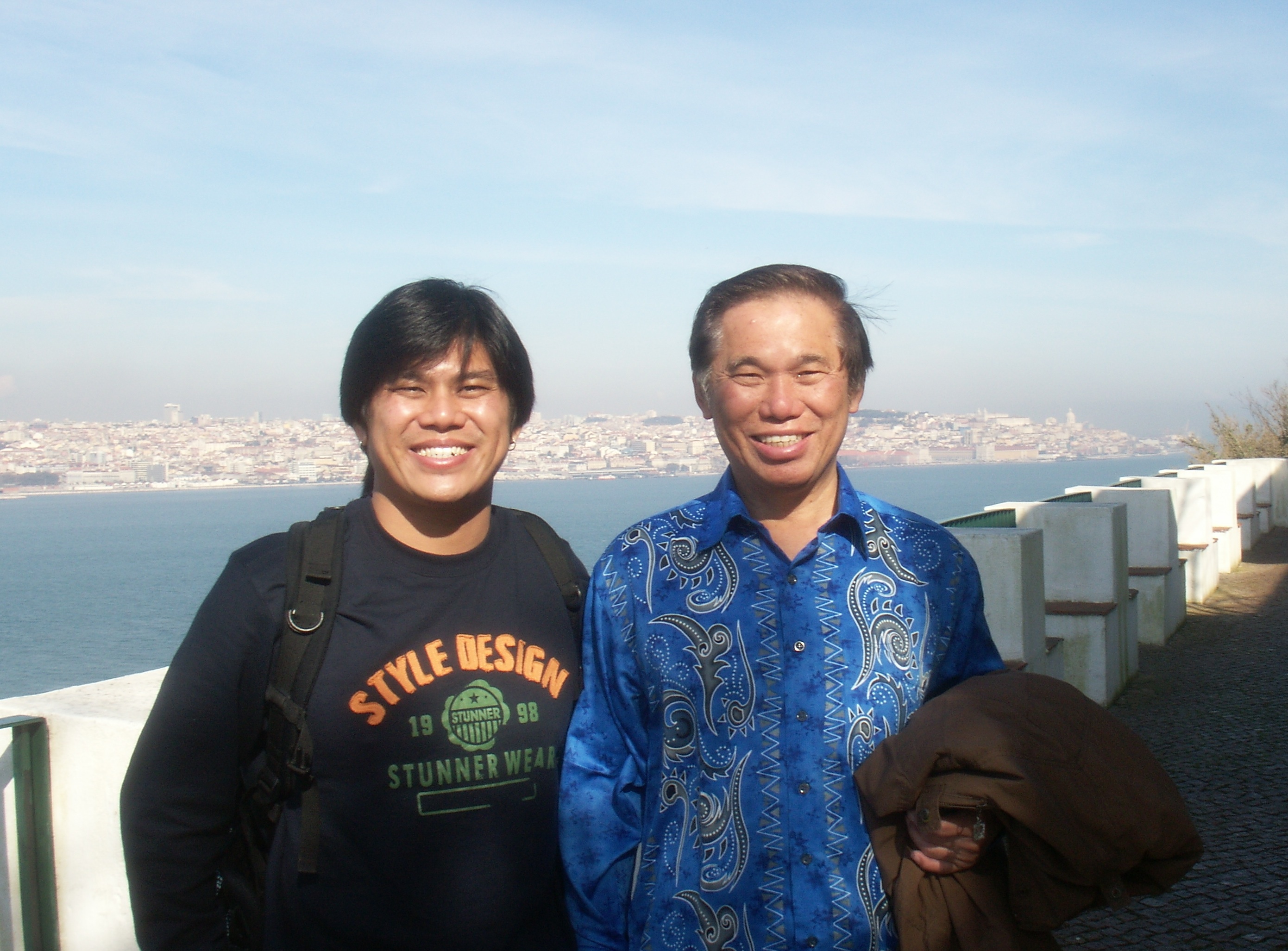 Good health is when you live your life well physically, emotionally, mentally and spiritually

What do you think the Western paradigm or view towards health and illness is? Is health simply the absence of illness?

In my opinion, according to the Western paradigm health is an absence of illness. This is quite different from the Chinese paradigm.

In the Chinese paradigm, health is when a person lives his life well physically, emotionally, mentally and spiritually.

Hence, according to the Chinese paradigm, when a person has to control his diet, becomes angry easily, is often forgetful, and is not happy with his life, he is unhealthy even when he may not be sick with any disease. In the Western paradigm this same person is healthy if he is not sick.

According to the Western paradigm, many diseases are incurable. Thus, medicine is a management of diseases, not curing them.

According to the Chinese paradigm, there is no such a thing as an incurable disease because it is natural to he healthy. Sickness, irrespective of whatever terms one may label its symptoms, is unnatural, therefore is only temporary and can be cured.

Are all illnesses or systems viewed and treated in isolation from each other?

I believe that the Western paradigm views and treats all illnesses or symptoms in isolation from each other. If a patient is sick with diabetes, and also complains that he is often anxious for no apparent reason, a Western doctor will view and treat these two complaints separately. He will manage his diabetes, and advises him to consult a psychologist or psychiatrist for his other problem.

This is different from the Chinese paradigm which views and treats all illnesses or symptoms holistically. A doctor trained in traditional Chinese medicine does not only treat the patient of his diabetes and anxiety together, but also restores him back to good health. Even when the patient has recovered from diabetes and anxiety but cannot sleep well at night or has no appetite, the Chinese doctor would not consider his job done.