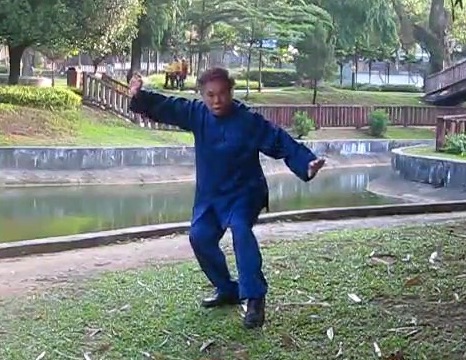 Shaolin in well known for its 72 chin-na techniques. Due to history and geography, there are different versions of the 72 techniques. Grandmaster Wong researched into and compile 72 Shaolin chin-na techniques and taught them at the Special Chin-Na Course in Sabah in 2008.

To enable students to remember the 72 chin-na sequences they were linked together to form 7 chin-na sets, with 10 sequences for each set except the last sequence which has 12 sequences. Each set is named after the first chin-na technique, except the first set and the last set.

These chin-na sets are a good example of hiding secrets in the open. As the techniques are sophisticated, many people may mistakenly think they are only for demonstration and cannot be used in combat. Even experienced kungfu practitioners may not recognize their combat application.

But those who attended the Special Chin-Na Course in Sabah in 2008 should have no difficulty recognize the 72 chin-na sequences. These sequences can be accessed here, and the combat sequences of the sets can be found here.