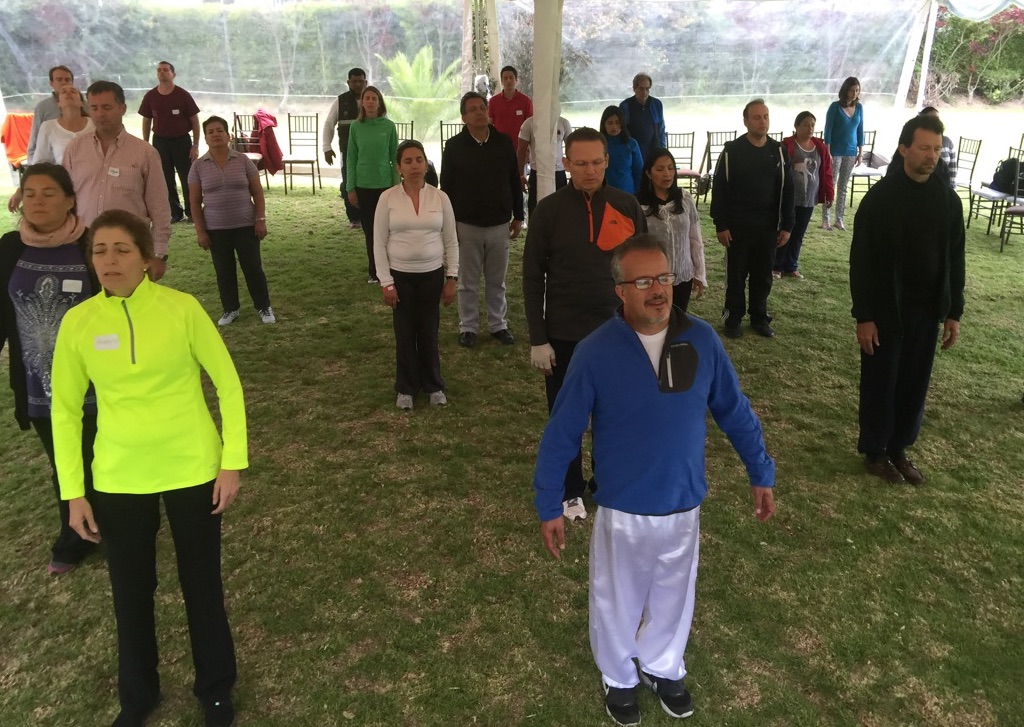 Let us take an example. If you drive along the highway from London to Manchester, arriving at Manchester is a matter of course. But as a matter of fact, you may not arrive if, for example, you stop halfway, your car breaks down or you turn into a side-road to go elsewhere.

Similarly, if someone suffering from any disease, including a so-called incurable disease, practices the chi kung learnt from me or from Shaolin Wahnam correctly and diligently, he will recover from his illness as a matter of course. But as a matter of fact, he may not recover if, for example, he stops practicing, he practices wrongly or he turns to other unhealthy practices.

Recovering from any illness if he practices our chi kung is a matter of course because the cause of all illness is energy blockage, and practicing our chi kung clears energy blockage. As a rough estimate, about 80% of those who suffered from illness, including so-called incurable illness, recovered from their illness and regain their good health. The other 20% did not recover because they stopped practicing, they took other types of medication, or they intellectualised unnecessarily.

Can I combine the Bird Play with the Deer Play in the same training session when performing Five-Animal Play.

Nevertheless, unless he has some special reasons, generally a student would get the best benefit by practicing just one exercise.

A chi kung training session is like a physical mixture. You can mix any exercise with any other exercise or exercises in any order. But because we are very cost-effective and our chi kung is of a high level, the total time for a training session, from the beginning to the end, is about 10 minutes. Many chi kung practitioners of other schools need to practice for about an hour.

I used to recommend 15 minutes a training session for our students. But because of our improvement in methodology and cost-efficiency, now 10 minutes per session is sufficient. 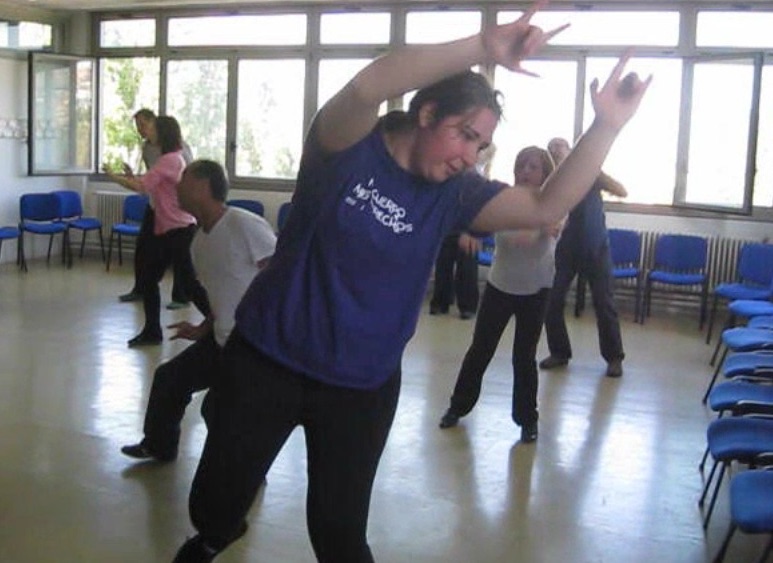 Did the ancient samurais also practice systematic training as the Chinese did?

Of course the ancient samurais practiced systematic training. All successful training are systematic. Samurais were professionals. If they were not successful, they would be eliminated -- by their bosses or their enemies.

When I first taught in Australia many years ago, the organizer, who was a university lecturer but later betrayed me, was the first to arrive at the training hall, swept the floor, and prepared tea. He was also the last to leave, shaking the hands of students and hugging them at the door.

When I told him that that was not chi kung culture, he replied that it was Australia. He also told me that in Australia, a white Australian would leave work punctually at five, and enjoyed a mug of bear after a hard day's work, whereas his Vietnamese co-workers would work shifts, not only not complaining but was grateful they were given a chance to work.

Indeed, a Vietnamese refugee who later became an Australian citizen and successful businessman, told me how grateful he was to the Australian government. Not only the government allowed refugees to stay, but it even regularly sent counsellors to console them.

The system practiced in our school, Shaolin Wahnam, is quite funny. I myself came from a Eastern tradition, where training meant very hard work. Partly because of my being influenced by Western culture, and mainly because we have become very cost-effective, we now tell our students to enjoy their training instead of to endure it.

And if so, is it still done today?

I don't think the system practiced by ancient samurais is being taught today.

This does not mean that martial arts which draw inspiration from the ancient samurais do not have a system, but their systems were different from that of the samurai.

A samurai must be able to defend himself. This was his first principle of survival. But samurai-related martial arts do not place much importance on self-defence!

The above statement may be a big surprise to many people. But it is a fact, and is readily verified by observing free sparring amongst samurai-related martial artists. They take being hit and kicked for granted. Had they followed a system practiced by the samurais, they should not be hit at all.

Many years ago I saw a typical training session at a famous kendo school. Students put on attires which looked to me like cages. Then they struck at one another with wooden swords. There was totally no attempt to avoid any hits. A samurai would be killed 30 times over in a 10-minute training session. 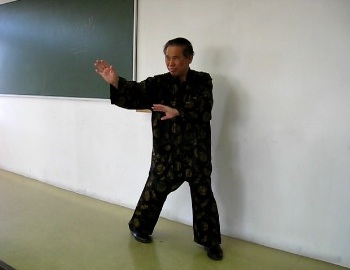 Another aspect of Baguazhang combat application that I'm currently experimenting with comes from the fifth combat sequence. At the Baguazhang course, you taught the "close secret" of using Peacock Spreads Tail to tempt an opponent to enter and to use Green Dragon Charges Face to simultaneously deflect the opponent's attack and to strike one's palm on the opponent's chest. Would Sifu have any recommendations for these sorts of "baiting" techniques and strategies?

Once you have understood the principle and have acquired the skills to apply it, you can use the same techniques or other techniques in different situations.

For example, you may use Green Dragon Tests Claw as a poise pattern, leaving a slight opening for your opponent. As he moves in to attack, you counter with Green Dragon Charges at Face.

Or you may poise with Peacock Spreads Tail. As he moves in to attack, you counter with Dark Dragon Enters a Well.

In both cases, you hit your opponent as soon as he attempts to attack you!

Yes, this principle can be applied in "through the heart palm".

We go one step further. We apply the principle not only in combat, but also in our daily life. This, I believe, is unprecedented in kungfu thistory. Some masters in the past might have applied their kungfu principles in their daily life, but I believe we are the only one doing it as a school. Indeed, living in law-abiding societies today, this is a more important benefit than effective combat.

"Through the heart palm" is a killing technique. In daily life, it ends any argument immediately. For example, a fellow student whom you know has plagiarized from books, attacks you for reading up previous answers to improve your assignment. You tell him straightaway, "Reading up previous answers is not a crime, but plagiarizing is." You deflect his attack and simultaneously deal him a finishing strike.

But if you do not know of any serious crime he may have committed, you can still use this principle of "through the heart palm". You tell him slowly and loudly so that all present can hear what you say, "It is not a crime to read up previous answers to improve my assignment, but not doing your assignment is a crime." Then you walk away confidently, leaving others in daze to absorb your stunning counter. 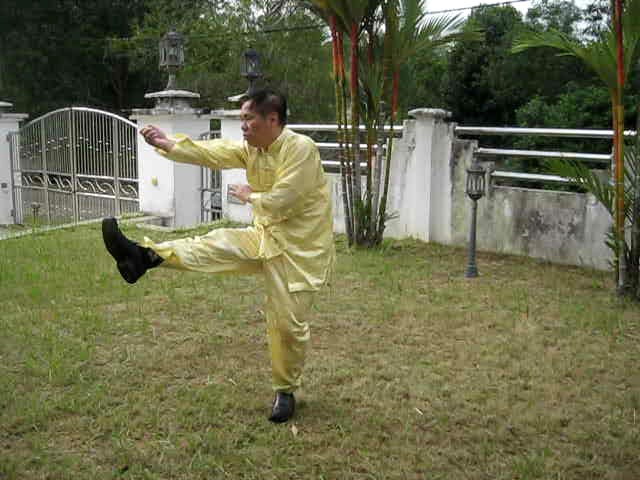 Would an appropriate way to acquire this force be to consistently practice Peacock Spreads Tail and Green Dragon Charges Face many times per day, or would one have to know other subtle points to attain this skill?

This is third-class training, which is better than many people practicing their kungfu patterns without knowing what and why they are doing.

First-class training is to understand the close-door secret and acquire the skills (including force) to implement it. You can then apply it in any situation, not necessary when you poise with Peacock Spreads Tail and counter with Green Dragon Charges Face.

When you have the skills, you practice this scenario of Peacock Spreads Tail and Green Dragon Charges Face, or any situations you wish to use, to ensure your application works perfectly.

Thank you very much! I can't begin to thank you enough for having taught me these arts just a few years ago and how well they've been enhancing my daily life. I quite frankly feel that because of your amazing understanding of kung fu, qigong, and meditation, to say nothing of your teaching ability, I could spend the rest of my life on just your Baguazhang and need nothing else. I have to admit, though, there are some particular special skills I'd love to develop in the future!

Enhancing our daily life is a key benefit of our training. Unlike in the past when fighting was part of daily life, we are very rarely engaged in physical fights nowadays, though figuratively daily life is also full of combat where we emerge victorious and happy.

Our school is like the Shaolin Temple in the past, a collecting and distributing centre of high-level kungfu, qigong and mediation. Some years ago when I first taught Tantui, a few instructors were debating whether we should focus on Southern Shaolin or expand to other arts.

I am glad we have expanded to other arts, including Baguazhang, Xingyiquan, Taijiquan, Eagle Claw, Praying Mantis, Choy-Li-Fatt, Wuzuzuan, Drunken Eight Immortals and others.

Baguazhang is a wonderful art. I hope you will excel in it and spread it later on. Nevertheless, as the opportunities are available, you should also have a taste of some other arts. Great kungfu masters like the Venerable Fu Yu, Zhang San Feng, and Ng Mui, while specialized in their chosen art, were all-rounders.