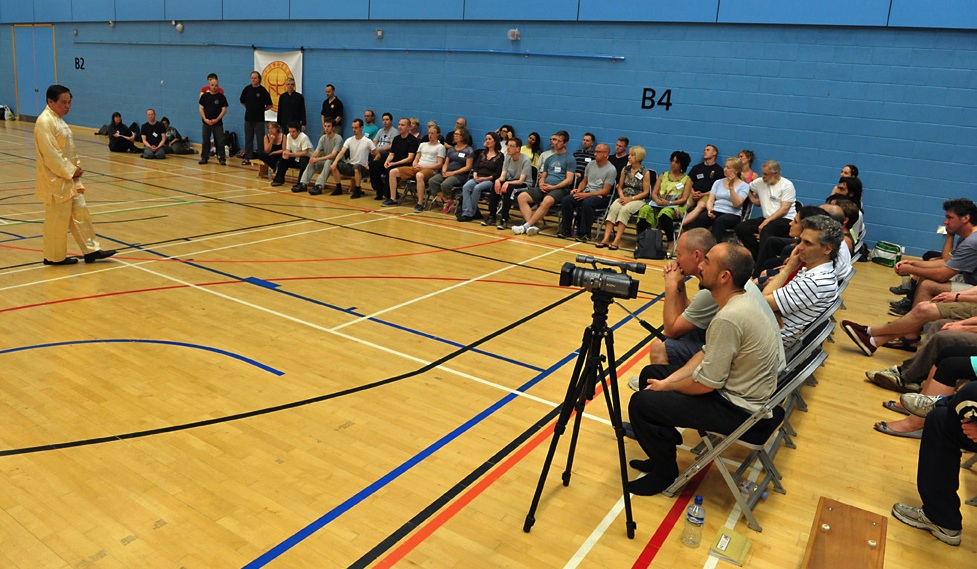 All my students are deserving. I do not want to waste my time on undeserving students

I am re-sending this email since I haven't heard from you, and I know you are likely very busy.

I could not find a Parkinson's and/or Alzheimer's testimonial per se on your website. Do you have anyone who healed who might be willing to talk to my dad about their healing with you? He would be moved I am sure by speaking with people who healed.

I received your previous e-mail but I thought of not replying because you or your father would probably find my reply harsh, though in many cases I had to be harsh to be kind. Nevertheless, I would reply to your questions, implied or directly asked.

Here is the harsh answer.

I do not want to waste my time on people who themselves do not want to be healed. If they apply for my course, I would reject them as I consider them undeserving.

If there are so many testimonials from people recovering from diseases more serious than Parkinson's Disease and Alzheimer's Disease, a sensible sick person suffering from a so-called incurable disease would not want to miss this golden opportunity to be healed. If he does not want to risk being a fool for a few days but prefer to be a fool for life, that is his business. I am not foolish enough to waste my time finding someone to speak to him. Even if I did, he would say he didn't believe.

Whether he believes in the many testimonials is his right, but to me it is insulting. I don't need to invent testimonials to trick people to seek healing from me. In fact I don't like healing, but I do so as a duty. That was one main reason why now I do not offer personalized healing course even some people offer to pay me a lot of money -- much, much more, I believe, than what your father could dream to pay me.

Do you keep track of people after they left your workshops, to know how many healed and kept up with practice?

No, I don't keep such records. I expect them to be healed if they follow my simple instruction of practicing the lowest level of what they have learned in an Intensive Chi Kung Course for about 15 minutes twice a day, and in reality they were healed. Frankly I have lost count. There were literally thousands of them. 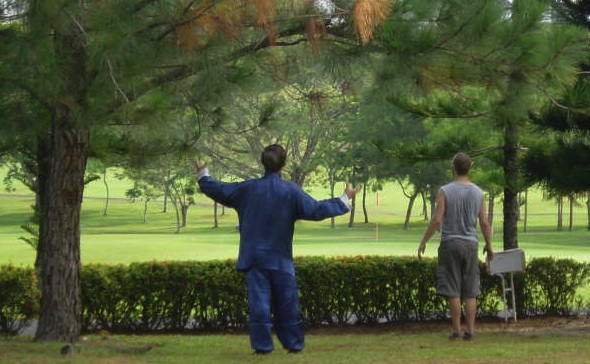 From the chi kung perspective, every illness can be overcome

In my experience, for my dad to heal, he will have to do qi gong, work with his mental habits, diet, and exercise his hands, voice, body, as they are all deeply weakened. Or would the 30 minutes of qi gong a day be all he needed in terms of physical exercise too, for all of the atrophied areas? Or would he also need to do other physical activities, in your opinion?

What you think is also what many people think. That was one reason why I suspected that you have been practicing chi kung techniques not as chi kung but as gentle physical exercise.

Even more people believe that such diseases like Parkinson's Disease, Alzheimer's Disease and Lyme's Disease as incurable. Not many people have a chance to be exposed to high level chi kung that overcomes these diseases.

People suffering from Parkinson's Disease or any disease needs to practice the lowest level of what he has learned from my Intensive Chi Kung Course about 15 minutes per session twice a day. They do not have to do anything else, like doing other exercises or taking other medication. In fact I would prefer them not to do other exercises or take other medication, because just practicing the chi kung exercise prescribed for them is sufficient.

They are also advised to practice the higher-level chi kung exercises only once a while to maintain their skills of practicing them. They should not practice them often as these exercises are too powerful.

I have told my dad that really, given how ill he is, he might best view healing as a full or part time job so that he can hope to have a good quality of life again. But he followed the American dream of working at a job he disliked to make money to have savings in retirement, to then enjoy life, and then alas, he developed Parkinson's right before retirement.

His mind is so bitter and he is so fused with his attitude that he deserves to do nothing because he worked so hard during his work life, that he is failing to see the truth that by doing nothing, he is actually losing everything, for he hasn't the health to enjoy his retirement.

Your advice is wise, but your father is foolish. In the first place, he should not work on a job he did not like. And when he became ill, he should do something to get well. To be healthy is natural.

However, truly, the man is definitely capable and willing to do 30 minutes a day. He has been forlorn by everyone's assertions around him that he must devote hours a day to his health including qi gong, diet, exercise, voice exercises, hand exercises, etc. Until now, I have made those assertions to him too. I am hoping that somehow miraculously he can be really well with just 30 minutes a day.

Have you and those who assert that your father must devote hours a day to chi kung, diet, exercise, voice exercises, hand exercises, etc healed anyone suffering from Parkinson's Disease?

I have healed countless people suffering from so-called incurable illness, including Parkinson's Disease, and I have said that practicing the chi kung taught by me without doing any other exercises or treatment is enough. It is your and your father's right whether to follow my advice.

I saw videos of one of your students who did heal back pain, but she looked rather overweight and unfit. I do not know how to gauge health with being unfit.

Obviously you know little about health and fitness, regardless of whether you admit it, or else you won't be suffering from Lyme's Disease for about 30 years. 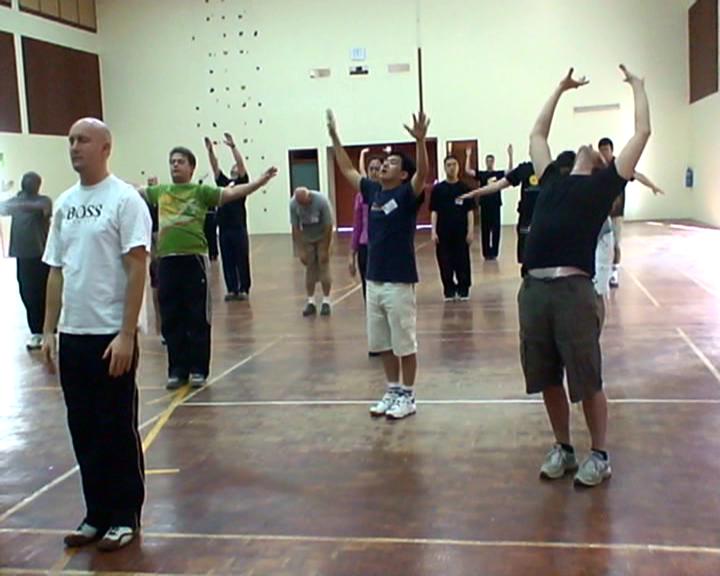 In Parkinson's and Lymes, and I would say all neuro-degenation, many things are at play including emotional traumas, genetic detox deficiencies, stealth infections, heavy metal toxicities, methylation issues, gut issues, etc. etc. etc. Do you think people can heal with the 30 minutes of qi gong a day if they are not doing other active things to heal their bodies like getting the heavy metals out, eating a gut-healing diet, addressing mineral deficits, etc. etc.?

You speak as if you were an expert on Parkinson's Disease and Lyme's Disease, though you and your father have suffered from these diseases for years. I have helped many people overcome these diseases, and have said that practicing my chi kung 15 minutes twice a day is sufficient, yet you continue asking me the same question.

What is the difference between cleansing using Bone-Marrow Cleansing and using Cosmic Shower?

In the art of Bone-Marrow Cleansing practiced in our school, cleansing operates specifically at five levels, namely the levels of the skin, the flesh, the meridians, the internal organs and the bone marrow, which includes the nerves.

In Cosmic Shower, cosmic energy flows down the body from the head in all directions to the feet, clearing away physical, emotional, mental and spiritual blockage on the way.

Besides cleansing, these two arts can also be used for strengthening.