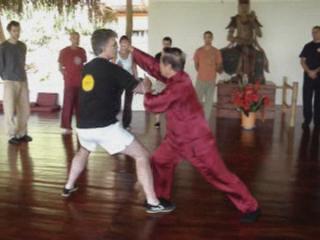 As Grandmaster Wong is always improving his teaching methodology, the 4 abridged sequences formalized in Portugal are revised to make them more systematic for learning. A major change is made in Combat Sequence 2, where the theme of the sequence, i.e. kicking attack, is made by the initiator instead of by the responder as in the Portugal version. Therefore, now the initiator makes all the four attacks in the four sequences.

The leg modes of the 4 sequences, which enable both the initiator and the responder to experience all the variations, are

Some students may think that all these changes make the 4 Abridged Combat Sequences confusing. This is a negative view. The Shaolin Wahnam view is that this gives our students, especially those who attended any of the Taijiquan courses where the 4 abridged sequences were taught, more opportunities to understand and practice some fascinating variations in kungfu, further helping them to apply these combat sequences for free sparring or real fighting.

The Japan Version and the Portugal Version of the 4 Abridged Combat Sequences are also posted below. You can see how the standard version developed from them. 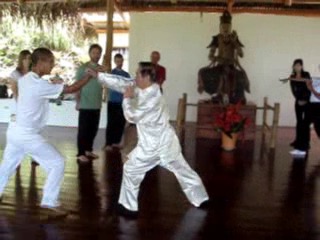 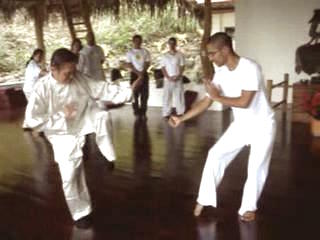 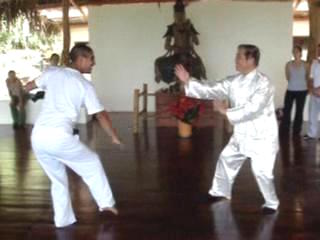