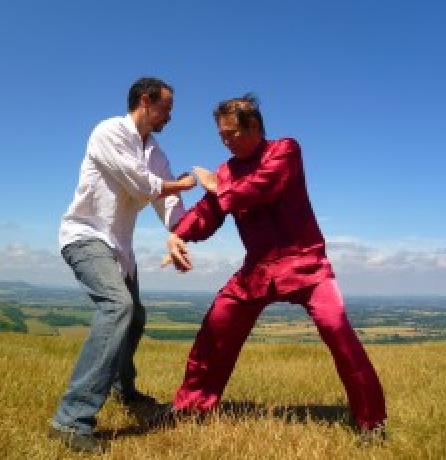 I have recently had an experience during training I wish to ask about if permitted to check if it is natural progression or deviation.

During standing meditation I received a teaching. I cannot say from whom because they did not present themselves, but it felt like a definite teaching as opposed to me thinking to do this or do that.

As I stood still I entered into a chi kung state of mind. As I relaxed my body feeling every part relaxed, my chi began to gently flow. With a gentle thought my body aligned and I could feel chi rise up through my body and spine and up to the heavens. At this point I also felt very rooted although I had no sense of the ground beneath me.

It was then that I was guided to open my heart. This was a different feeling than when I normally smile form my heart. As my heart opened it reached every part of my physical being, it felt as if a void had opened, or to put it another way 'another dimension'.

I was then led to open my mind. As my mind expanded it permeated every cell. This time there was a distinct feeling of entering a 2nd void or dimension.

I was then led to connect the two, as the heart and mind became one I entered another void, a third dimension that expanded to far corners of the Cosmos.

Some time later I was led to breathe into my dan tian from the far corners I had expanded to. But it was not my nose that breathed, my dan tian breathed in and immense chi flowed in, as I breathed out I expanded further with the Cosmos. It felt like the heart of the Cosmos was breathing and I was part of that.

Some time later I returned to my dan tian in stillness. Chi radiated first from my bones, then my muscles, sinews, skin and then back out to beyond my body. Nearly an hour had passed.

It was the most wonderful experience and I felt extremely powerful. Everything felt safe at the time but afterwards I thought was this me being led to progression or deviation. My heart says progression but as it was such a strong and profound experience I thought it was wise to check with you.

Yesterday I trained with Mark Tranter. No matter how much he tried to root himself he found himself falling across the room as I performed Dark Dragon Draws Water. The odd thing was I wasn't even trying.

I laid my hands on his shoulder but no matter how hard he tried he could not move or bend my arms. All the while I was talking and laughing with him because this was the least amount of effort I ever had to do. It almost seemed crazy!

I am glad to read the wonderful result of your training, and gladder to confirm that yours is a progression. Congratulations.

Certainly it is not a deviation. But it is good that you wrote to me for confirmation.

However, I am not too sure whether it was you yourself who naturally progressed to this wonderful level, or you were guided by some divine being as you suggested. Other people may think us crazy, but it is true that we are often guided by past masters and divine beings. If you asked around amongst our instructors and senior practitioners you may hear some amazing stories of divine guidance in our school. In your case it was more likely your own development.

I would take this opportunity to mention a very important lesson. In one's progress to become a real master, he (or she) will inevitably come to a stage where he feels he is immensely powerful. In my case I felt I was as powerful as, or even more powerful than, gods! Luckily for me, I knew this lesson well, and remained humble despite my feeling of immense power.

This is often the making or breaking point of a person in his path to becoming a real master. If he passes the test, he will eventually become a master. If he becomes vain, he falls, sometimes miserably. A few of my students, who could otherwise become masters, failed at this point. This is one important reason I want to post your experience and give this lesson. 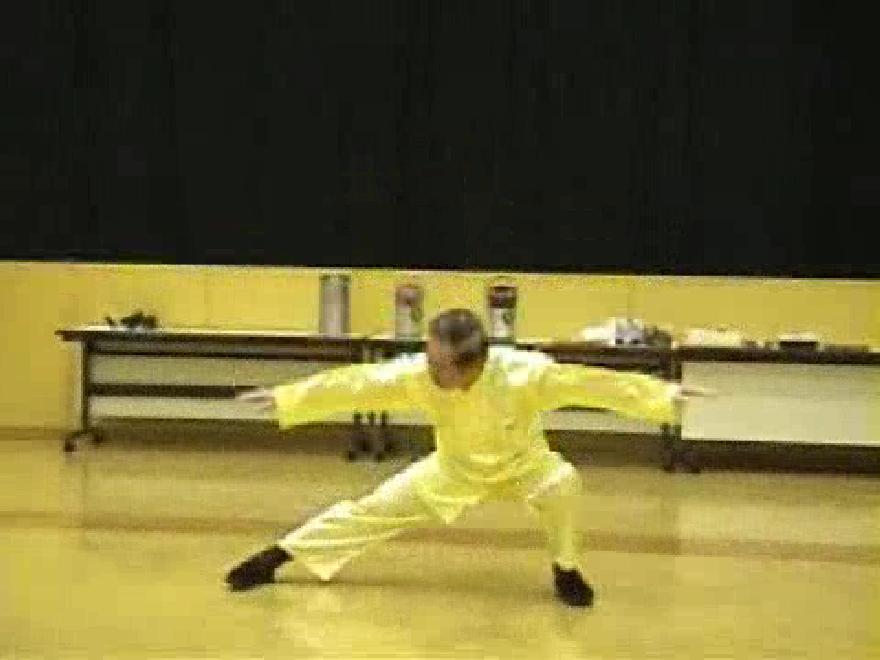 In our school, "Dancing Crane" and other patterns in the Art of Flexibility are performed as chi kung, and not as merely leg stretching exercise

Please be my teacher. I have drafted my long term program: to have longevity through the building up of internal force, and to improve my spiritual practice.

An important aim of our training is to be scholar-warriors, i.e. being successful in private as well as public lives. For those who are more advanced, our aim is to progress to become warrior-monks, i.e. scholar-warriors who also have compassion and cosmic wisdom.

The terms "warriors" and "monks" are figurative. We do not really go to war, and we are not real monks. We still enjoy worldly pleasures, like good food and wholesome sex.

Different schools and teachers have different philosophies and methodologies. In our school practicing abdominal breathing with meditation for 80 to 180 minutes daily is too long and unnecessary. Moreover, such practice is only for advanced practitioners.

Microcosmic Orbit. I did mostly 3 hours of daily meditation (ants like feeling crept up from huiyin to mingmeng to baihui, to my tongue and to my throat). Since then, I kept my mind at the lower Dan Tian. Abstain from sex the past 40 days to build up chi reservoir on the first 100 days. Guidance: from reading Small Circulation Breathing from a book written by a master.

I would advise against practicing the Microcosmic Obit, or the Small Universe as we call this practice in our school, on your own without supervision from a master. Your symptoms described here show progress, but this does not guarantee that you may not practice wrongly in future. 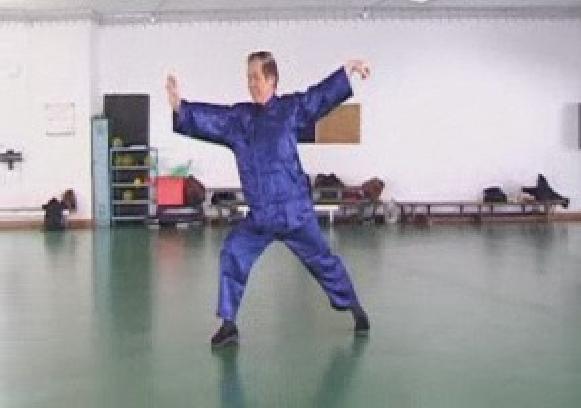 After reading your books, "The Art of Chi Kung", "Chi Kung for Health and Vitality", "The Art of Shaolin Kungfu" and "The Complete Book of Zen" I am doing the Three-Ccircle Stance 20-40 mineus a day for the past 14 days and then induced chi movement through Wuji Stance for 5 minutes.

It is advisable to learn the Three-Circle Stance and Self-Manifested Chi Movement (called Induced Chi Flow in my earler books) from a competent teacher. Without proper supervision it is easy to practice them wrongly. Moreover, at the beginning practicing the Three-Circle Stance for 20 to 40 minutes is too long. We emphasize excellence of practice, not length of time.

As mentioned earlier, different schools and teachers have different ways of teaching and practice. In our school practicing chan-zi-jing, which we translate as "spiral force", correctly for about 5 minutes is sufficient.

In the practice, it is more of exploding force in a spiral way rather than developing spiral force. The force is already developed. It can be exploded in other ways, like as peng or warding-off force in "Immortal Waves Sleeves", and as lu or rolling-back force in "Double Dragons Plays with Pearl". An effective pattern to explode chan-si-jing or spiral-force is "Single Whip". 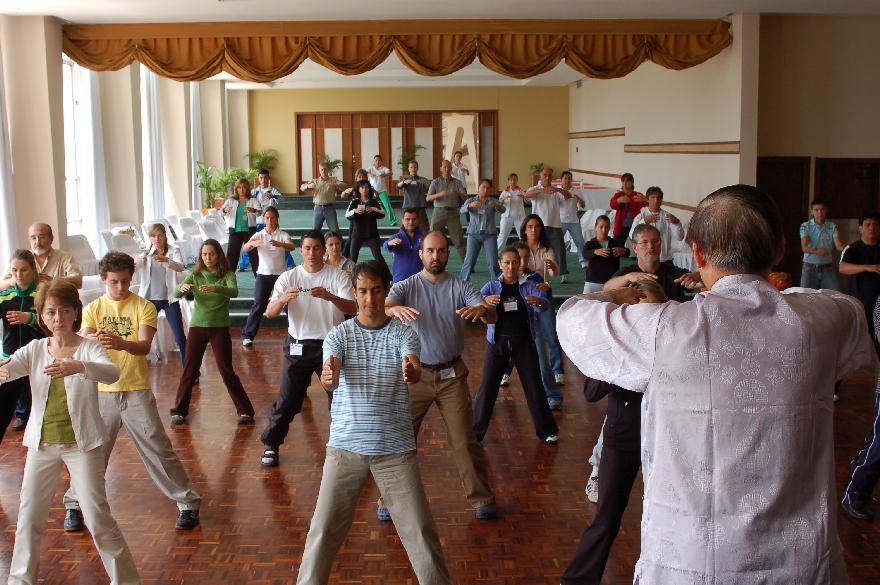 Grandmaster Wong demonstrated some common mistakes students made in the Three-Circle Stance. Can you tell what mistake is shown in the picture above?

In our school, these are not just stretching exercises. They are performed as chi kung. They constitute a set of exercises called the Art of Flexibility. It is worth spending some time practicing them everyday.

Take Chinese herbal soup that I concoct for myself daily to improve my kidney, blood circulation. Learn my weakness from various traditional Chinese medicine books and create herbal formula through learning from Chinese herbal materia medica.

Chinese medicine is a profound subject. It is deeper and wider than what you may think. You should learn from a Chinese master physician, and not teach yourself from books.

Herbal medicine, like any other types of medicine, should not be taken everyday. You should stop taking medicine when you have restored your health. Moreover, if you practice high-level chi kung, you need not take any medicine on a regular basis.


Editorial Note : Alphonsus' other questions are continued in the June 2011 Part 2 issue of the Question-Answer Series.