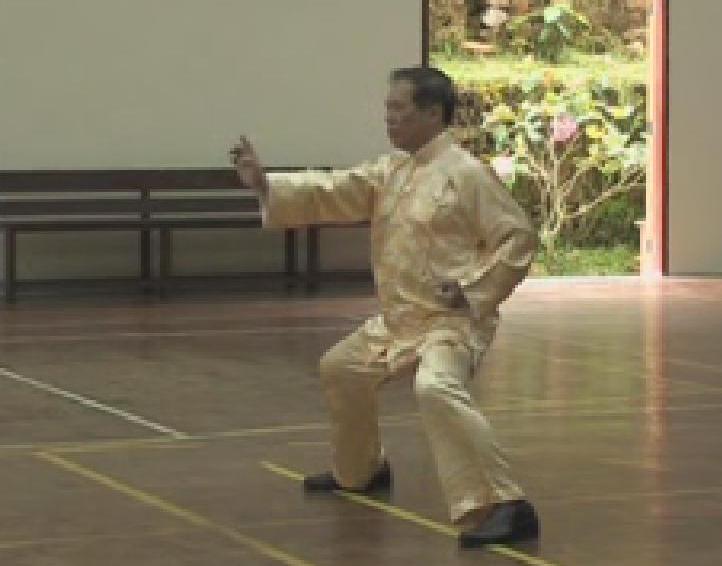 Thank you. There is no way for me to convey my true gratitude through an email, but I'm going to give it my best shot.

The One Finger Shooting Zen course was what I know will be a milestone for me. I felt a peace and joy that was leaps and bounds more profound than anything I've experienced in my life. There was no mind-blowing aspect to it. Nothing magical. Just an extremely powerful joy from deep in my heart. It carried throughout the weekend, and I can still feel it now a week later. I can tell that it was a lasting change.

Thank you for agreeing to teach One Finger Shooting Zen. From the perspective of the technique, I feel as if the last two years of consistent One Finger Zen practice were just building the foundation so I could get the most of your transmission during the course. I had a discussion with someone a few months ago about how even though I've been practicing it consistently for over a year that I still felt like I was still at a very surface level. During the course, you gave not only a glimpse, but also the road map to reach the true depths of the art. The Flow method is incredible. I feel as if a door has been opened that will not only allow my One Finger Zen to advance much more rapidly, but that will also greatly enhance all aspects of my kung fu and life.

What makes me even more grateful is the way in which you share what you know and discover. There were multiple times at dinners and classes when I felt a strong surge of gratitude when you described how you came to the different conclusions and methodologies. I realized that had you not done all that work and freely shared with us, I would never have been able to discover these principles on my own. When people refer to you as a kung fu genius, it is certainly no exaggeration, but I feel your generosity even surpasses your genius.

Also, thank you for correcting my hand form at the dinner after the class. I was unaware of how sloppy it was when flowing, and correcting it has made a noticeable difference in how the chi flows when I practice. I've had an interesting and very enjoyable observation in practicing since the course. The time spent in Two Tigers at the Ready either upright or in a stance after each round of One Finger Shooting Zen is the most clear-minded state I've been able to achieve in my personal practice. This even includes my standing meditation practice. I'm starting to realize just how special One Finger Zen is.

Again, thank you from my widely smiling heart. All the best to you and your family.

P.S. After re-reading my email, I realize that I only mentioned the One Finger Zen course. This is not meant as ingratitude for the other courses because they were all wonderful in their own way (especially having the honor of being selected for demonstrations during Tai Chi Chuan). 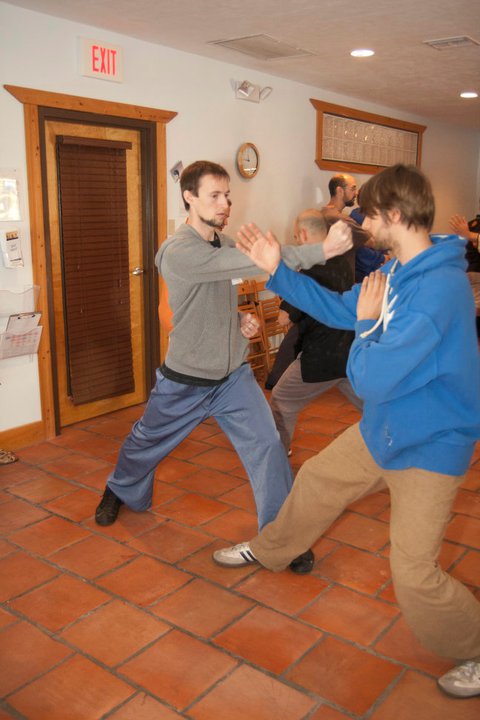 Adam and Michael sparring during a training session in Ganisville, USA

I am very glad of your progress. I still remnember the time I saw you at Miami. You at Miami just a few years ago and you at Gainesville recently were like two different persons. You have made your sifu and me proud.