COUNTERS AGAINST KICKS AND THROWS 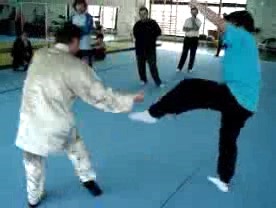 A counter against a deadly kick

Shaolin Kungfu is rich in kicks and throws though many martial artists may not realize it. However, unlike Taekwondo kicks, Shaolin kicks are purposely inconspicuous. A Shaolin practitioner usually plans some preliminary movements to prepare for his kicking attacks.

When throwing an opponent, it is important to cover him to ensure it is difficult if not impossible for him to strike during the throw. It is also important to cover the opponent after he has been thrown onto the ground to prevent him for a surprised attack. As throws are normally not combat-ending by themselves, it is necessary to follow up with a decisive strike to put the opponent out of action. Some throws, however, are combat-ending.

Besides showing kicks and throws and their relevant counters, this video series also introduces some methods where you can employ combat sequences in such a way that your sparring partner may not know what patterns you use in your attacks even though he knows the combat sequences. This can be accomplished by using addition, subtraction and modification. 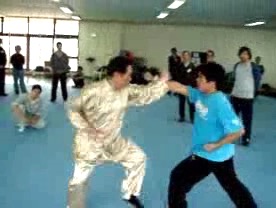 Pressing an Opponent with Planned Sequences

We can press an opponent using just two sequences with appropriate modifications when necessary. You can use Sequence 1 and Sequence 3 on your opponent. When your opponent attempts to force back with kicks, you can counter the kicks and continue with your planned attacks. 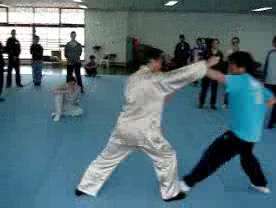 Using just One Sequence to Handle an Opponent

You can use just one sequence to handle an opponent. Here you can use Sequence 3. When an opponent uses attacks outside the sequence, you modify accordingly. 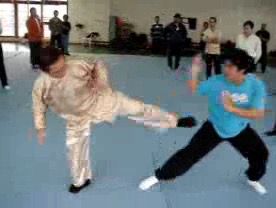 Side Kick and Whirlwind Kick

You may randomly use techniques from the three combat sequences and add side kicks and whirlwind kicks wherever appropriate. Your opponent responds accordingly. 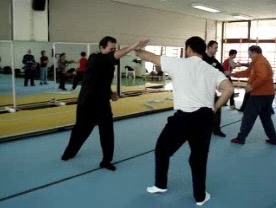 Course participants apply the three combat sequences they have just learnt in free sparring. As they are only beginners, it is understandable that their forms and movements are not fluent, but it is inspiring that they can use kungfu patterns in free sparring. 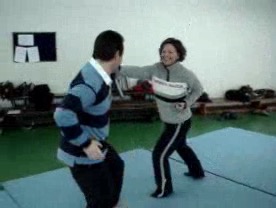 Sex and Size are Not Crucial Factors

The participants here are beginners, yet the differences in sex and size are not crucial. This is because the participants use internal force instead of muscular strength. They also have a lot of fun, which is another common aspect in Shaolin Wahnam training. 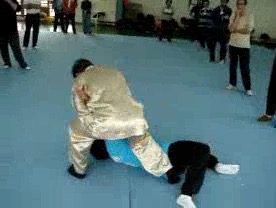 Here is how to fell an opponent using the Shaolin pattern “Fell Tree with Roots”. This sequence is performed slowly so that students can observe the movements clearly. 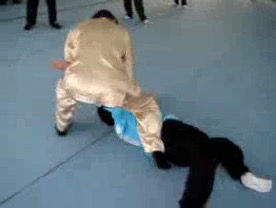 The same sequence is now repeated with some speed. It is important that responders know how to break-fall safely so as not to hurt each other in practice. Attackers should cover their opponents so that it is difficult for the opponents to counter. 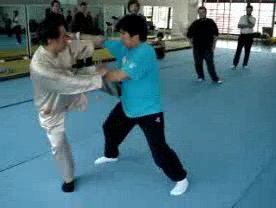 This is a Shaolin techniques, “Naughty Monkey Kicks at Tree”, to counter a felling technique named "Fell Tree with Roots". It is not advisable to hold an opponent's hands while kicking or felling him. Do you know why? 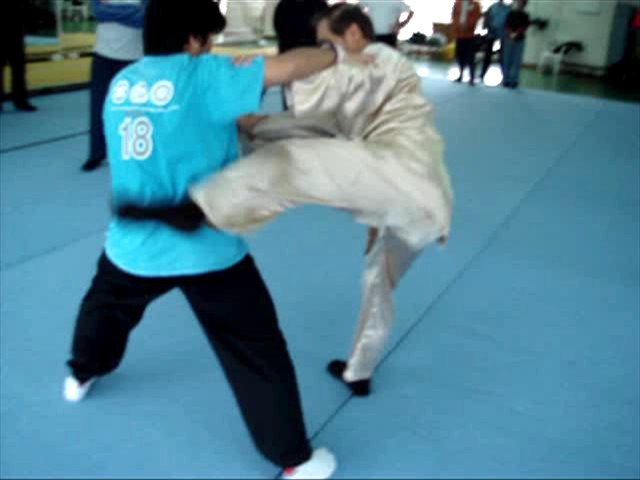 Here is the pattern “Naughty Monkey Kicks at Tree” from another angle. Timing and footwork are important in executing the technique effectively. In your sparring practice, make sure that you would not hurt your opponent with the kick.

Counter against a Deadly Organ-Seeking Kick

You attempt to fell an opponent. But he frustrates your leverage advantage and executes a deadly organ-seeking kick. You can respond with "Heavenly Prest Stamps Insignia". 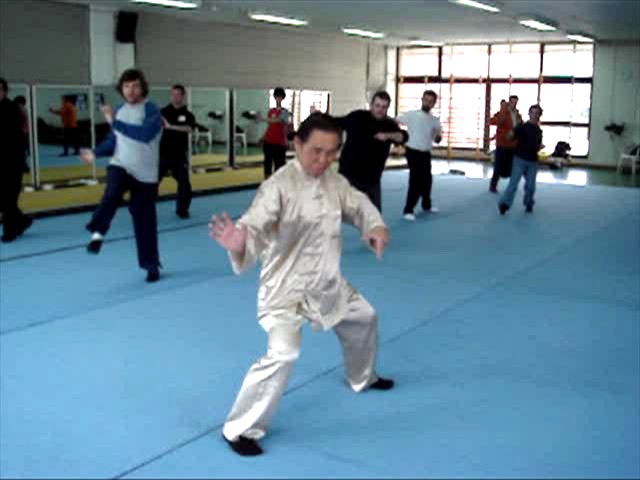 Here is the initiator's part of Sequence 7 in solo. Because many kungfu practitioners do not practice their combat application, they may wonder for what the patterns are. They would probably be surprised that one of the patterns is a felling technique. 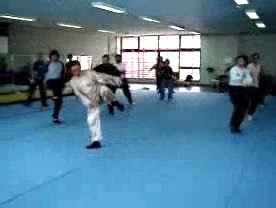 The Responder's Part in Solo Practice

Now the responder's part is practiced in solo. Amongst other benefits, solo practice helps you to acquire picture-perfect form, which is important in sparring as in this way it gives the best technical advantages for the relevant combat situation.