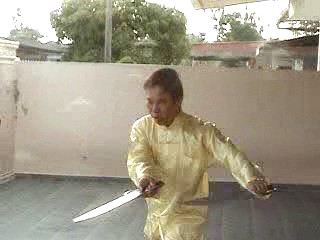 While the weapons are generally known as “Butterfly Knives” in the West, they are called “Seong Lam Tou” or “Double Southern Knives” in Chinese. As the name implies, these weapons are not common in North China but are very popular in the South, where they were very effective for fighting in narrow streets and congested environments.

But how would these short, light weapons be effectively used against long weapons like spears, and heavy weapons like big tridents? Would you be able to find out by looking at the Butterfly Knives set shown in the video clips below? Many patterns in the set are excellent for countering the spear and the big trident.

I have two sets of Butterfly Knives — “Sap Tzi Seong Lam Tou” or “Crossroad Double Southern Knives” from Uncle Righteousness of Southern Shaolin, and “Jen Tzi Tou” or “Human-Character Knives” from Sifu Choe Hoong Choy of Choy Family Wing Choon. The set shown below is composed from the essence of these two sets, and is called “Jen Tzi Seong Lam Tou” or “Human-Character Double Southern Knives”.

A characteristic difference between Uncle Righteousness' set and Sifu Choy Hoong Choy's set is that in the former both knives attack simultaneously, whereas in the latter one knife follows the other. For example, in Uncle Righteousness' set, you would chop an opponent's neck and arm with both knives at the same time, whereas in Sifu Choy Hoong Choy's set you would chop his neck or arm with one knife and instantly follow with another chop at the same or similar spot with the other knife.

A special feature of Sifu Choe Hoong Choy's set is holding the knives like the Chinese character for “human”. This is an effective technique to disarm an opponent's weapon. Can you figure out how this can be accomplished?

The set is performed slowly so that course participants can see the movements more easily. When you are familiar with the movements, they should be performed fast and smoothly as sequences rather than as individual patterns. 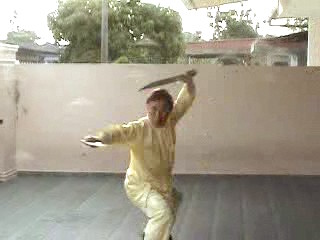 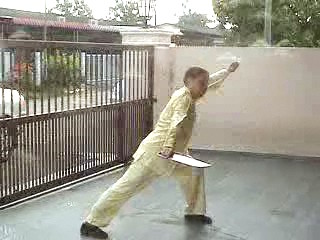 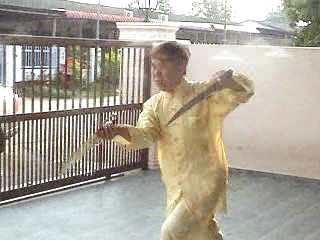 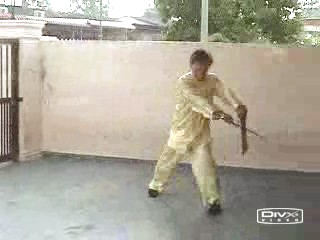