SIMILARITIES AND DIFFERENCES OF TIGER-CRANE SETS

This article on “Similarities and Differences of Tiger-Crane Sets” is the first of the series. The sentence structure in this English translation follows that in the original Chinese version.

Similarities and Differences of Tiger-Crane Sets 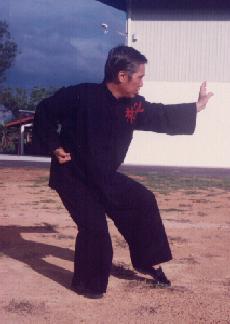 The “Tiger-Crane Double-Form Set” (“Fu Hok Seong Yin Khuen” in Cantonese, “Hu He Shuang Xing Quan” in Mandarin) is a treasure of Shaolin Hoong Ka (Hung Gar) Kungfu. When talking about the Tiger-Crane Set, one is reminded of the great Hoong Ka master Wong Fei Hoong, who using the Tiger Claws and the No-Shadow Kicks derived from this set, was famous throughout the martial art circles of South China.

With the Tiger Claws, his inner-chamber disciple Lam Sai Weng was also well known through the martial art world. Lam Sai Weng's Tiger-Crane Set has been published as a book, and is a great contribution to martial art.

Nevertheless, most of the Tiger patterns and the Crane patterns are the same. The principles as well as application are also similar. As there are 108 patterns in Sifu Lam's set, naturally there are many patterns in his set not found in mine.

I believe my set is not derived from Sifu Lam's set. The reason is that if the set were a derivative, then the 36 patterns found in the off-spring set would be included in the 108 patterns of the mother set. Yet, in this 36 pattern set, there are 12 patterns not found in Sifu Lam's set. Hence, I believe these two sets came from the same tradition, but were passed on by different masters. Both came from Shaolin but had different development. (Please see Note below.)

Many people think that Hoong Hei Khoon was the founder of Hoong Khuen or Hoong Ka Kungfu. This, however, is a mistaken concept! Actually there was no founder for Hoong Ka Kungfu. Hoong Ka Kungfu is another name for Southern Shaolin Kungfu since the burning of the Shaolin Temple during the Qing Dynasty.

The reason was that Shaolin disciples did not use the term “Shaolin” so as to avoid the pursue of the Qing government. Hoong Hei Khoon was an outstanding exponent of southern Shaolin Kungfu, which he spread in Guangdong Province. Hence succeeding generations call the art Hoong Khuen, or Hoong Ka Kungfu.

The type of kungfu that Hoong Hei Khoon taught was what he had learnt at the Fujian Shaolin Temple from the Venerable Chee Seen, and not what he himself invented. There were also other masters spreading Southern Shaolin Kungfu, such as his classmates the Venerable Harng Yein and Loh Ah Choy. 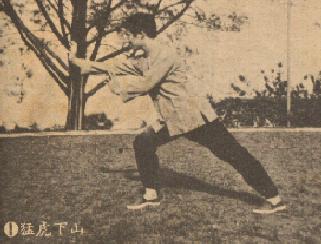 I believe my Tiger-Crane Set was transmitted by the Venerable Harng Yein because there are many patterns in my set, like “Catch a Tiger in the Mountains”, “Old Tree with Roots”, “Hungry Tiger Returns to Den”. “Lazy Tiger Stretches its Waist”, that are found in the special set of the Venerable Harng Yein, namely “Shaolin Great Foundation Set”, also known as “Essence of Shaolin”, but these patterns are not found in Sifu Lam's set. 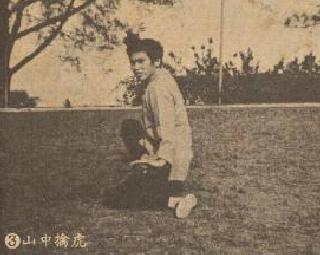 Sifu Wong demonstrating “Catch a Tiger in the Mountains”

My master, Sifu Lai Chin Wah, was the second in the family. So many people from the martial art world respectfully called him “Yi Sook”, or Second Uncle. (Please see Note below.) My master taught for a few decades at the Fok Kong Kungfu School and the Soon Tuck Association Lion Dance Troupe. Numerous public figures in Penang also invited my master to their homes for private teaching.

When my master left this world, my classmates formed “Chin Wah Hoong Khuen Institute” to honour him. The well known public figure of Penang, Mr Lu Chor Fu was the president of the Institute, and my senior classmate, Wong Choy Wah, was the grandmaster.

Sifu Lai Chin Wah's honorific nickname was “Yi Sook”. The Chinese word “yi” has a few meanings, one of which is “two” or “second”.

At the time the above article was published, Sifu Wong misinterpreted “Yi Sook” as “Second Uncle”. This mistake was pointed out to Sifu Wong by his senior classmate, Sifu Wong Choy Wah, the Grandmaster of Chin Wah Hoong Ka Kungfu Institute, who told Sifu Wong that “yi” here means “righteousness”, and “Yi Sook” means “Uncle Righteousness”.

Sifu Wong Choy Wah, being much older than Sifu Wong Kiew Kit and lived about the same time as Sifu Lai Chin Wah, also explained that the honorific nickname “Uncle Righteousness” was given to Sifu Lai Chin Wah by the public for his righteous manners in helping to solve problems for many people at a time when the fist rather than law was the rule of the day, reminiscent of the time of Wong Fei Hoong. 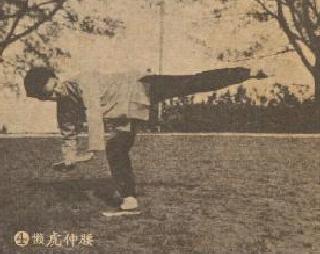 Although this Tiger-Crane Set consists of only 36 patterns, it is a profound kungfu set. Every of the 36 patterns is different, and every one has its special application. It has both hard and soft dimensions, and include all the four major categories of combat, namely hitting, kicking, felling and qin-na (gripping). This set also includes the “Organ-Seeking Kick”, the “Clutch-Kick” and the “Tiger-Tail Kick” of the genre of Shaolin No-Shadow Kicks. 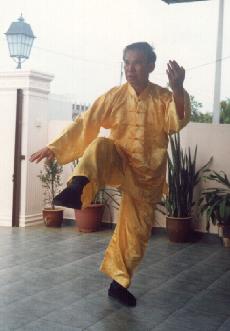 A recent photograph of Sifu Wong demonstrating a Crane pattern

The Tiger Form of this set emphasizes the Tiger Claw. Its characteristic is forcefulness and ferocity, and its applications are “separating sinews”, “wronging bones” and “gripping vital points”. To apply the Tiger Claw efficiently, the practitioner should train the force of Tiger Claw and understand joints, tendons and energy network.

The application of the Crane is to use “softness” to subdue hard force. When facing a huge and strong opponent, one should not meet force with force, but to use tactics. The Crane Beak is to strike at the opponent's weak points, like eyes, neck and vital points, such as the “ermen” vital point and the “qimen” vital point (behind the ears and beneath the rib cage).

The Crane Legs manifest an important aspect of Shaolin No-Shadow Kicks. Shaolin kicks are usually low, seldom above the chest.

I list below the 36 patterns of the Tiger-Crane Set, with some illustrations. I hope this may serve as “throwing stones to attract jade” (giving crude comments to attract wise words from others), and hope that senior masters may bestow their advice.

The 36 Patterns of the Tiger-Crane Set 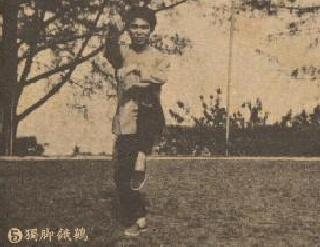 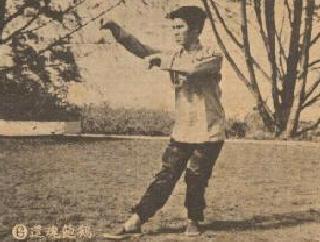 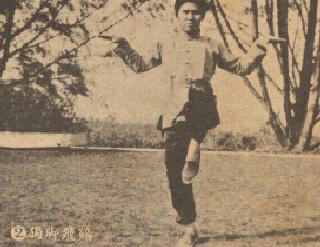