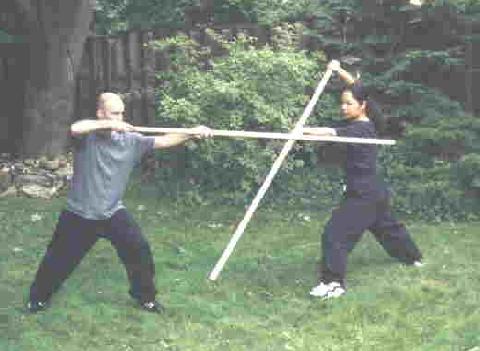 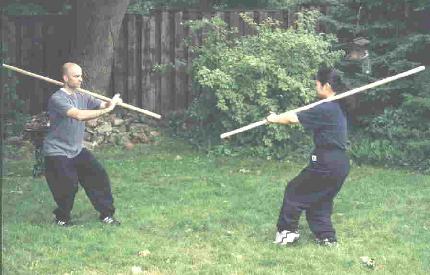 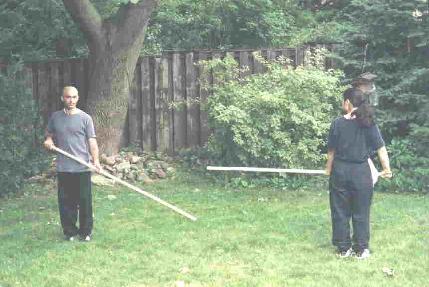 Emiko attacks Anthony with a thrust, and Anthony covers accordingly. Then they reverse the attack and defence patterns. Repeat many times to develop the skills of timing, judgement and precision. 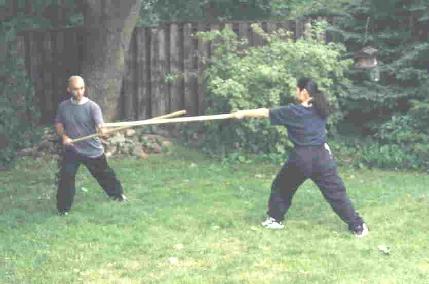 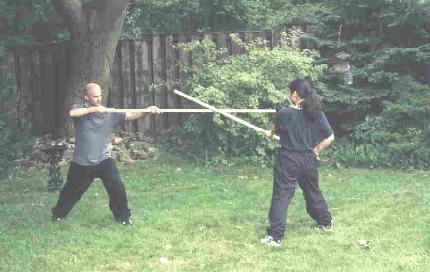 Sequence 2: Flicking away a Thrust
Emiko attacks Anthony with a thrust. Anthony flicks away the thrust. Immediately Anthony counter-attacks with a thrust, and Emiko flicks it away accordingly. Repeat the procedure many times. 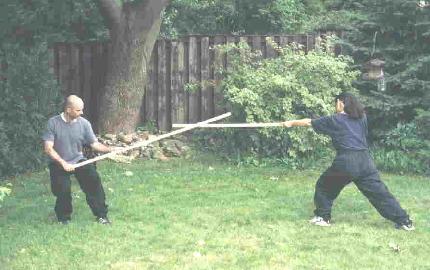 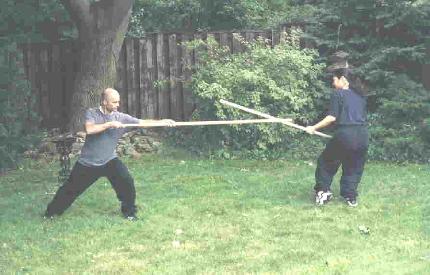 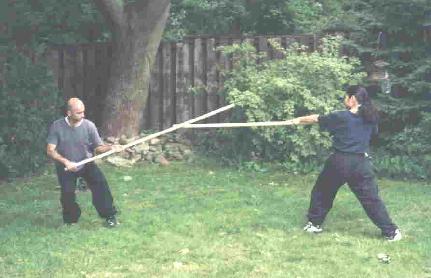 This sequence is similar to the previous sequence except that the two practitioners continue to thurst and flick in circles. 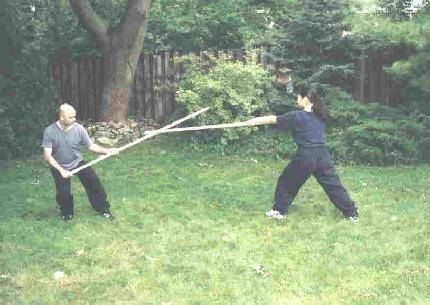 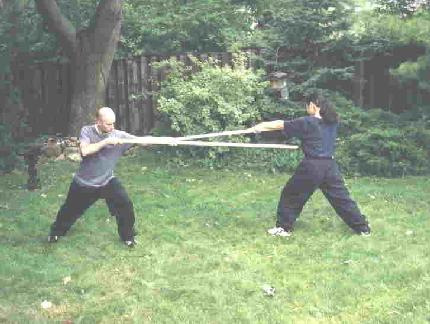 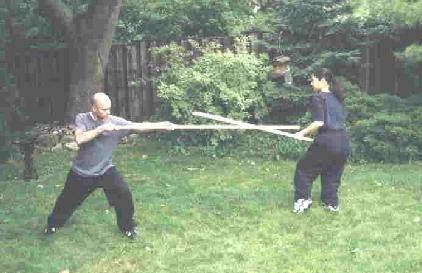 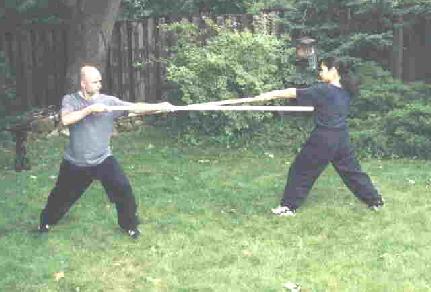 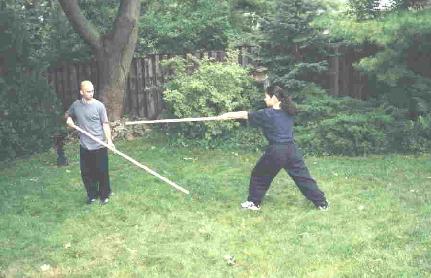 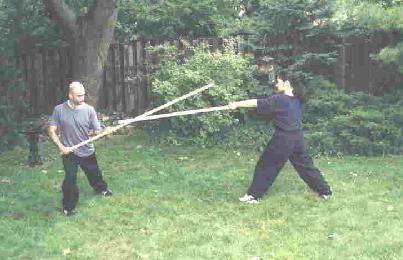 Instead of thrusting back immediately, Anthony circles his staff around Emiko's staff and then thrust in from the outside. Emiko responds using the pattern "High Mountain Flowing Water". 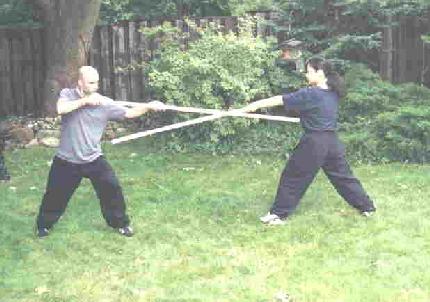 Emiko attacks Anthony with a thrust. Without covering or flicking, Anthony moves a small step to his side to avoid Emiko's attack, and counter- attacks with a thrust. This is employing the tactic of "counter-attacking without defending first". 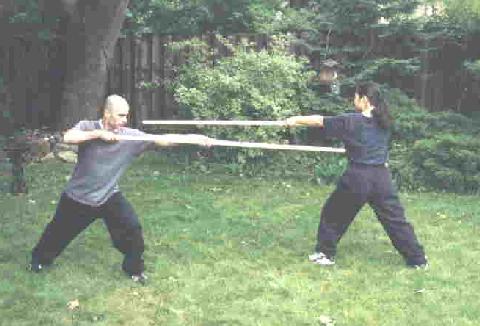 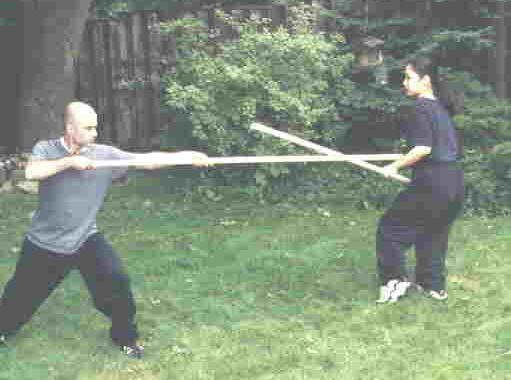 Emiko flicks away Anthony's counter-attack, and responds with another thrust. Anthony defends with a flick. 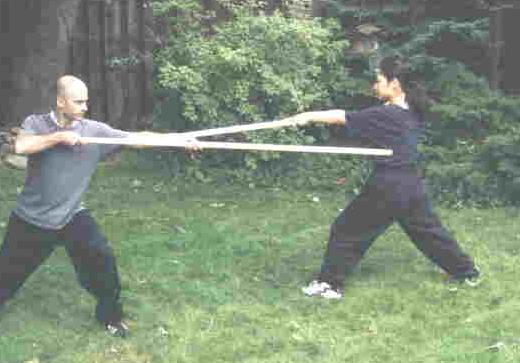 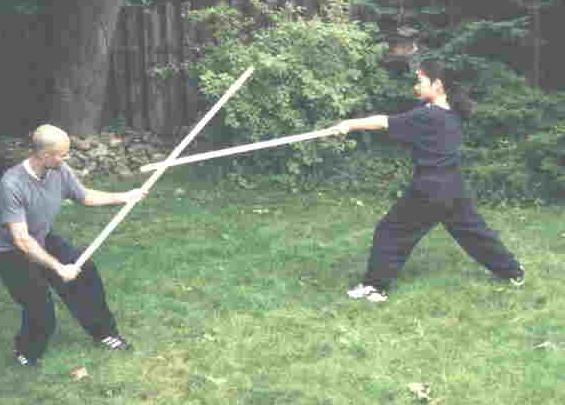 Sequence 6 is first performed separately, then as a continuation of Sequence 5. Emiko attacks with a thrust. Anthony flicks away the attack. 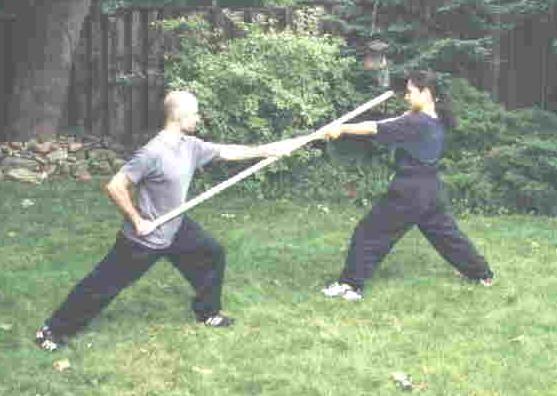 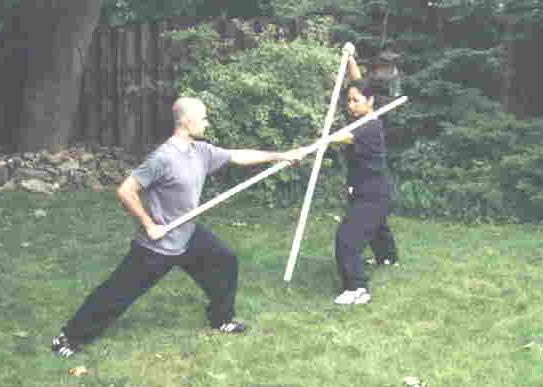 Emiko attacks with a chop on Anthony's head. Anthony moves a small step to his right and uses "Angling Fish" to hit Emiko's front hand with his staff. 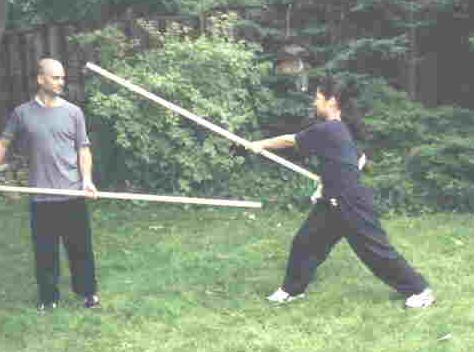 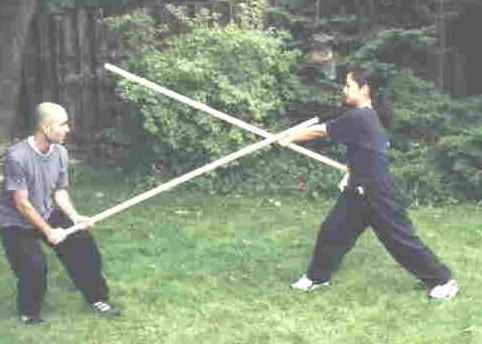 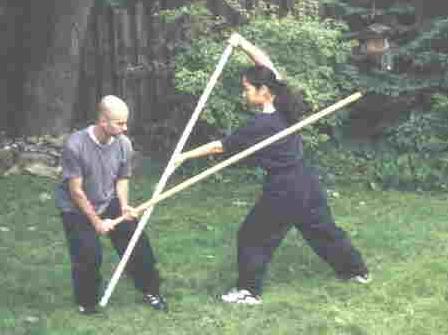 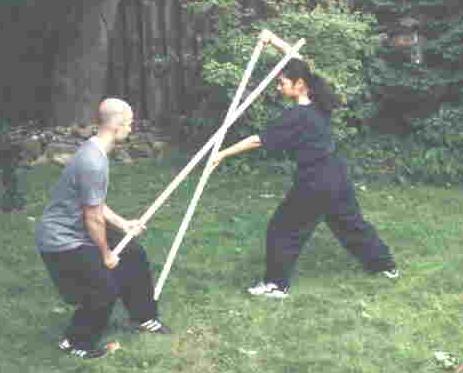 Emiko moves a samll to her right and flicks away Anthony's staff. 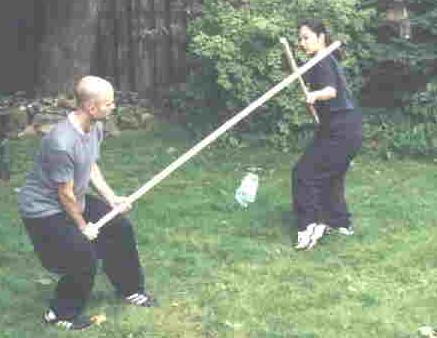 When there is a bridge, go along the bridge; when there is no bridge, let the water flow.
Ho Family Flowing Water Staff