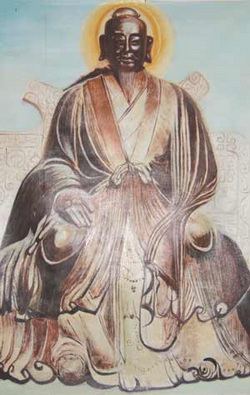 There are many varied stories of Zhang San Feng's life and training. From your research, what was Zhang San Feng's history prior to coming to Wudang, i.e what of the Shaolin arts he would have practiced, how did he come to train Shaolin, and what Taoist training did he have?

Actually I do not know much about Zhang San Feng’s life although I have a few books about him as well as reputed to be written by him. I am more interested in his arts, and the benefits derived from practicing his arts.

This attitude is typically Zen. This was also the attitude of most kungfu masters in the past.

In the same way, I did not know much about Bodhidharma’s life, but more interested in his arts, and the benefits derived from practicing his arts. To me, whether Zhang San Feng, Bodhidharam or any great master really existed is not so important as benefits we get from practicing their arts. Whether the arts we practice which give us many benefits were actually taught by Zhang San Feng, Bodhidharma or any great master was also not important.

The source you provided, http://www.egreenway.com/taichichuan/chang1.htm, gives a good account of Zhang San Feng.

What I know of Zhang San Feng can be briefly described as follows.

Zhang San Feng was a Taoist priest who practiced Shaolin Kungfu at the northern Shaolin Temple in Henan. He attained a very high level. He integrated physical kungfu, chi kung and meditation into one unity, which was not done before.

He excelled in many Shaolin arts, but was best known for dim mark. The 36 points of dim mark were reputed to originate from Zhang San Feng. He used the dragon-from, One-Finger Zen and the phoenix-eye fist for dim mark.

After leaving the Shaolin Temple, he retired to the Wudang Mountain. Once he witnessed a fight between a crane and a snake, from which he drew inspiration to modify “hard” Shaolin Kungfu to “softer” one.

Zhang San Feng was reputed to live more than 200 years. His life spanned across three dynasties – Song, Yuan and Ming.

Another Ming emperor wanted to learn from Zhang San Feng but the great Taoist saint did not meet him. So the emperor built a majestic temple on Wudang Mountain to dedicate to Zhang San Feng.

It is amazing that students now do not need to build a majestic temple. By attending the Legacy of Zhang San Feng course at the UK Summer Camp they can learn the arts passed down by the great Zhang San Feng. 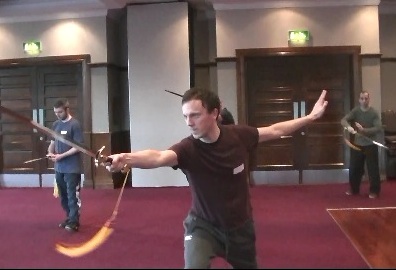