THE MARVELOUS BENEFITS OF TAIJIQUAN THAT TAIJI DANCERS MISS 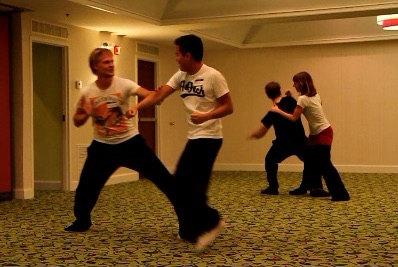 Apparently these two disciples of Wang Chung-yueh had a dispute and formed their own schools of Taijiquan. Chiang Fa is alleged to have formed the Northern School which gave birth to the Chen, Yang and Wu styles.

Chen Chou-tung is alleged to have created the Southern (nanpai) School of Taijiquan. The southern school linage was continued by Chen Sung-chi, Wang Chen-nan and Kan Feng-chih and this linage came to an end just before the year 1800.

Sifu I know you have read many books on gong-fu and many classics which have allowed you to have access to knowledge that many non-Chinese do not; and you have graced us with this knowledge on the threads that you post in on the site and which will hopefully enable you to answer the following questions.

Sifu do you know if the story about the founding of the Nanpai or Southern Taijiquan school is true or merely an apocrypha? If true, what was the dispute between the two disciples; and is there anything that was trained in this Nanpai style that the Northern styles did not inherit. Was the style Zhang San Feng invented closer to Northern or Southern Taijiquan?

I have heard the terms Heaven (yang), Earth (yin) and Cosmic (?) energies mentioned a lot in Taijiquan philosophies based on the classics but not a lot is expounded on these terms. What is the relationship between Taijiquan Internal Power and Heaven, Earth and Cosmic energies? How does one utilize these energies from a beginners’ stage where he/she needs to be healthy and then all the way to the final spiritual stage that Zhang San Feng reached?

Wang Zong Yue is famous for his Treatise of Taijiquan which started by stating that Taiji originates from Wuji, or the Cosmos originates from the Great Void. This Treatise of Taijiquan is often quoted, but from their sayings and actions it is quite obvious that these so-called masters who quote the Treatise do not understand the Treatise. Some so-called masters even explicitly say that the descriptions in this Treatise cannot be attained nowadays!

To us in Shaolin Wahnam, this Treatise of Taijiquan serves as a very important source of inspiration and teaching. We are grateful that we understand the Treatise well and are able to practice its teachings.

Mi Dan Xia and Guo Ji Yuan were known as the Two Saints, and they might have taught Dong Hai Chuan who later developed Baguazhang.

I do not know about Chiang Fu and Chen Chou Tang, and about the Northern School and the Southern School of Taijiquan.

Personally I do not think that the founding of the Southern Taijiquan School was true. I do not believe the two persons you mentioned were disciples of Wang Zong Yue, but if they were, I don’t know what their dispute was, or whether they had any dispute.

As I do not think there was a separation of Northern and Southern Schools, I do not believe thare was anything in the Southern School that the Northern School did not inherit. But what is glaring today, although many Taiji practitioners do not realize it, or they do not admit it if they realize it, is that there is nothing much Taiji schools have inherited from genuine Taijiquan.

Taijiquan is an internal martial art, but there is nothing internal and nothing martial in more than 90% of what Taiji practitioners today practice. To add insult to injury, many Taiji practitioners add music to their practice, as if their performance is not dancelike enough.

What modern Taiji practitioners inherit is the outward form, but even that they do not perform the form correctly. This is not a matter of opinion due to differenc choice, but it is a matter of wrong practice. It is wrong becaue it brings practitioners harm. More than 62% of Taiji practitioners today have knee injury, when they know that practicing Taijiquan is meant to give them good health, which includes being free from any injury and illness.

The word “quan’ in Taijiquan indicates that it is a martial art. But more than 90% of Taiji practitioners today would be helpless when Karate, Tawkwondo, Judo and Jujitsu exponents give them simple punches, kicks, throws and holds.

Cosmic energy means “heaven” energy. The term “cosmic” is found in English or a Western language. In Chinese it is just called “heaven energy”, although there are Chinsese terms, like “taiji” and “hunyuan” which means the Cosmos.

But as Taoist philosophy is arcane, and much of Taijiquan philosophy is Taoist, these terms may have subtle connotations. For example, to be healthy one must have harmony of “heaven energy” and “earth energy”. In simple language it means that he must breathe in fresh air and have good food.

Taijiquan philosophy, or any philosophy, is meant to enable us to have better and faster results when practicing the art. Unfortunately, many people, especially in the West, seem to indudge in philosophy for its own sake, and not for the practical benefits it brings. Worse, some of them are confused over or mistaken in the philosophy.

One can find a lot of such bad or mistaken philosophy in the internet. For example, some bogus masters mention that a practitioner does not only breathe in good air but should be bare-footed and suck in energy from the earth. This can cause much harmful effect.

Here, “water’ refers to the kidneys, and “fire” to the heart. In other words, a person does not only take in 80% of energy from the Cosmos and 20% of energy from food, his kidneys and heart must be functioning well.

To be healthy is natural. This is a great cosmic truth I would like to share with all readers. If a persons breathes normally, eats normally and his heart and kidneys function normally, he will naturally produce vital energy which will flow harmoniously. When his vital energy is flowing harmoniously he will be healthy.

If his energy flow is blocked, he will be in pain or is sick. An excellent way to clear the blockage is to practice genuine chi kung. Genuine Taijiquan is chi kung, but genuine Taijiquan is very rare nowadays, though Taiji dance is plentiful.

We in Shaolin Wahnam are not ready. So we have a glimpse of Cosmic Reality, called a satori or a spiritual awakening, and return to our phenomenal world. We shall have a rare opporutnity of this most noble attainment at the Legacy of Zhang San Feng course at the UK Summer Camp. 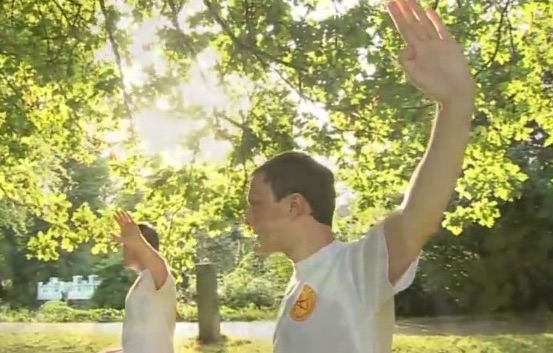 The marvelous benefits of Taijiquan that Taiji dancers miss