EVOLUTION OF SHAOLIN KUNGFU TO TAIJIQUAN 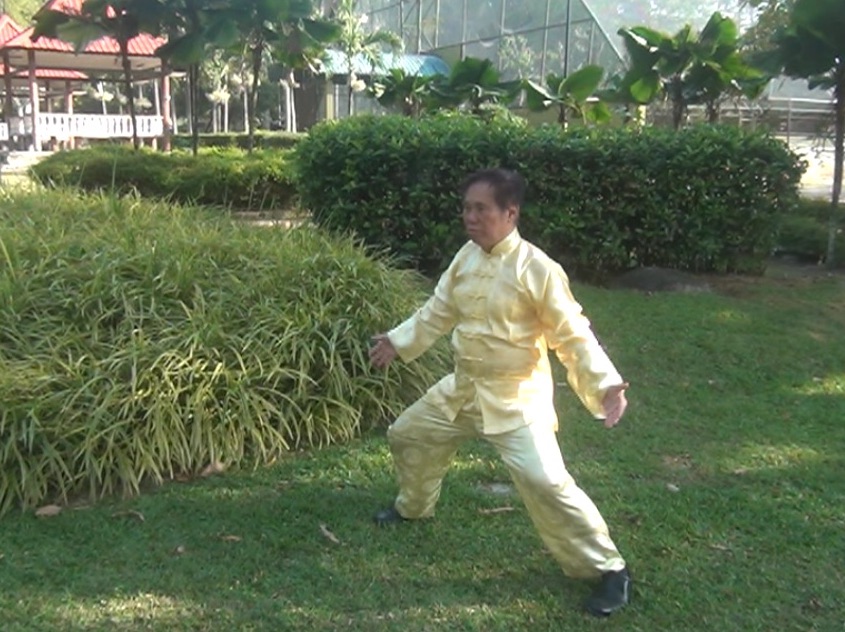 I am a practitioner of mainly taijiquan (yang style) but my knowledge on the origins of taijiquan is very basic. I have heard that taijiquan was invented by Zhang San Feng and in some of the taijiquan classics (such as Yang Pan Hous 40 Chapters) it says that Zhang created taijiquan by essentially 'reversing the process of Shaolin'. Would you please be able to explain exactly what process of his Shaolin training Zhang San Feng reversed.

But before you answer the above please note the following text which explains my previous knowledge of Shaolin and Taijiquan as I have come to understand them, which might help in explaining my question, and also I would like to let sifu know the extent of my existing knowledge (rightly or wrongly) so that Sifu can help to clarify where I may be lacking in knowledge on account of the following bold description:

I know some say that Shaolin is not internal and Taijiquan is, is wrong on account of the former i.e. Shaolin is an internal art but I think the way in which Shaolin and Taijiquan are internal is a little different. As far as I know, Taijiquan uses the yi aspect of the shen to lead the chi and subsequently you get jin power due to yi leads the chi which leads the jin, as per the classics.

Shaolin, on the other hand use li, or brute force to somehow lead the chi by contract/relax actions of the muscles in coordination with breathing. The energy then flows into the meridians via this mechanism, it's similar to yi jinjing methods I believe. So one uses li and the other uses yi, I wonder if this develops a different quality of Internal Force as well and perhaps one is more superior than the other?

Also in Yang Pan Hou's 40 chapters I have read regarding 2-man push hands sensitivity training that Zhang San Feng said in brief and to the nearest meaning, 'to seize the female within our own bodies is not as good as the interaction of yin and yang between two males'. This is concerning the idea of xuejin and placing the force of the opponent in the dantien. Would Sifu kindly be able to explain more about what Zhang San Feng meant by this statement and how it works in practice, do Shaolin practitioners work with this idea or is it purely a training for Taijiquan practitioners?

Many thanks to Sifu and I look forward to attending the summer training camp. I'll probably attend Sinew Metamorphosis as I can only afford this one although I would love to attend them all, if I could. I have really enjoyed your question and answer topics, have read every one of them and your knowledge is just simply vast and thank you for sharing your knowledge and presenting an opportunity to learn more from you.

In other words, people fought, at first randomly. From their fighting, a system of martial art evolved over many centuries at the Shaolin Temple, and this system was called Shaolin Kungfu. Much later due to expedient needs and other factors, Shaolin Kungfu evolved into Taijiquan.

Zhang San Feng who lived in the 13th century practiced Shaolin Kungfu at the Shaolin Temple in Henan. Having attained a very high level of Shaolin Kungfu, Zhang San Feng travelled throughout China as a Taoist hermit and eventually settled on the Wudang Mountain.

About 3 centuries later in the 19th century Yang Lu Chan learned Taijiquan from Chen Zhang Qing. Yang Lu Chan brought Taijiquan out of the Chen Village and taught it to the public. He transmitted Taijiquan to his two sons, Yang Pan Hou and Hang Jian Hou. Yang Jian Hou taught his son, Yang Deng Fu, who modified Taijiquan into a form that is now practiced as Yang Style Taijiquan.

As I interpret it, “reversing the process of Shaolin” as mentioned in the Taijiquan classic, Forty Chapters by Yang Pan Hou, means the process of practicing and progressing in Taijiquan is the reverse of that in Shaolin Kungfu.

The hallmark of Zhang San Feng, however, is not “reversing the process of Shaolin”. His hallmark, for which we in Shaolin Wahnam are very grateful, was to integrate the physical form of kungfu, the internal force of chi kung, and the spiritual cultivation of meditation into one unity. In other words, when Zhang San Feng practiced Taijiquan, or Wudang Shaolin Kungfu as it was known at his time, he practiced kungfu, chi kung and meditation at the same time.

The invaluable legacy of integrating kungfu, chi kung and meditation into one art will be taught at the Legacy of Zhang San Feng course at the UK Summer Camp. In other words, when students practice a Wudang Shaolin Kungfu set, nowadays usually called a Taijiquan set, they will acquire combat efficiency, internal force and spiritual joys at the same time. There is no need to practice kungfu, chi kung and meditation separately.

Most people, including most Shaolin practitioners, think that Shaolin Kungfu is hard and external, and Taijiquan is soft and internal. I am glad that you are one of the very few who realise this as a misconception.

As I have mentioned a few times, which may make many people angry, there are more soft and internal aspects in Shaolin Kungfu than all the internal arts put together. I am only stating the truth, and the statement is never meant to belittle the internal arts, like Taijiquan, Baguazhang and Xingyiquan. In fact it implies that practitioners of internal arts are smart: they start at the beginning what Shaolin practitioners will learn at an advanced level, if they have the endurance and good luck to reach it.

On the other hand, Taijiquan is a wonderful internal martial art, but there is nothing internal and there is nothing martial in the Taijiquan practiced by more than 90% of practitioners today all over the world. Again, this statement is never meant to belittle them, but to stimulate them so that they can derive the wonderful benefits of Taijiquan.

While your description that yi (intention) of shen (mind) leads chi (energy) resulting in jin (internal force) is emphasized in Taijiquan, it is found in all kungfu styles in developing internal force, as our students in Shaolin Wahnam can verify from their personal experience.

This principle operates not just in dynamic or moving exercise, but also in quiescent or stationary exercises. In Three-Circle Stance, for example, students first enter Tao. This is the shen aspect. Then they let cosmic energy flow into their dan tian and root them in their legs. This is the yi aspect. After about 10 minutes of stance training, they have developed internal force. This is the jin aspect.

The same principle operates in internal force training in all kungfu styles in our school. In One-Finger Shooting Zen of Shaolin, Santi Stance of Xingyiquan or Siu Lin Tou of Wing Choon Kungfu, for example, students enter into a heightened level of consciousness, let cosmic energy flow along the arms and accumulate at the dan tian, and develop internal force. This is using yi aspect of shen to develop jin. In the terminology used in our school, we enter into a chi kung state of mind, generate an energy flow, and consolidate the energy into internal force.

Your description of Shaolin practitioners using li or brute force to lead chi by contracting and relaxing certain muscles in coordination with breathing is considered an incorrect method in our school, although some practitioners, including masters, use this method. When these practitioners contract their muscles, they will be unable to lead chi, but cause energy blockage instead, and the energy will not flow into their meridians. It is bad for health.

“To seize the female within our own bodies is not as good as the interaction of yin and yang between two males” can be interpreted in many ways. I would also like to point out that Chinese, the language in which the classic was written, is concise, and this conciseness may not be readily understood in a translation.

My interpretation is that to be yin when one wants to be yin, and to be yang when one wants to be yang, is not as good as when one can be in yin-yang harmony at the same time. In developing sensitivity in Pushing Hands, when a physically stronger and bigger opponent moves in to push a physically weaker and smaller exponent, the smaller exponent moves back to let the push be futile. This is “seizing the female within our body.”

Reversely if the weaker opponent moves in to push the stronger exponent, without moving his feet but using body-movement, the stronger exponent neutralises the push and immediately bounces the weaker opponent away. This is “seizing the male within our body”. This is not overtly mentioned but is understood in the conciseness of the Chinese language.

In our school, we apply this principle not only in Pushing Hands and other aspects of kungfu training, but also in daily life. When you enter a restaurant, for example, if a waiter bullies you and pushes you around, you can “seize the female in you” and turn his bullying into a joke and laugh it off. Or you may “seize the male in you” to tell him off. It will be better if you have yin-yang harmony at the same time, telling him off jokingly that even the waiter himself would laugh, saying something like, “Hei, you’d better be nice to me and other customers or else we’ll not give you any tips. Worse, we may not come and your boss would sack you!” 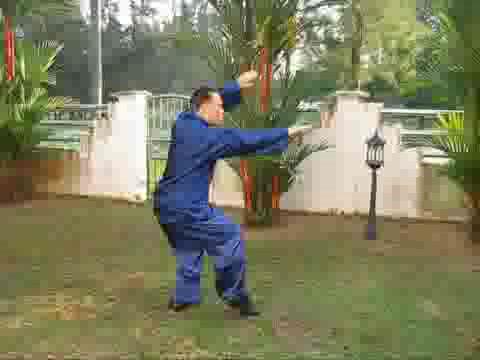 Thanks to jp571 for the explanation of "xiejin". We could translate it as "throwing force", which is similar to "release force". In Chinese I would call it "shui-jin", and "release force" is "fang-jin".

In "fang jing" you push an opponent away without hurting him, in contrast with "da jing" or "hit force" where you injure an opponent even when he may remain on the spot. In "shui jing" you throw him onto the ground without causing him injury.

Like the twelve types of bridge-force in Shaolin Iron Wire, such as "pressing force", "straight force", and "separating force", the different types of force in Taijiquan like "shui jin", "peng jing" and "lu jing" or "throwing force", "ward-off force" and "rolling-back force", are the same force but applied differently. As an analogy, where it is money for housing, money for food, money for entertainment, it is the same money but used for different purposes.

When you have developed internal force, with some different skills and techniques, you can use the force as "throwing force", "ward-off force" or "rolling-back force", or in Shaolin Kungfu as "pressing force", "straight force" or "separating force".

However, I disagree with some masters who describe on the internet about "shui jin", which is probably what jp571 mentioned as "xuejin" as the pronunciation is similar but tricky in Chinese and may be rendered differently into Romanized letters.

In my own experience, if I want to throw an opponent as in "shui jin", or push him away as in "fang jin", I root myself onto the ground, which means I let my energy sink down to my feet, and not let energy bounce up from the ground.