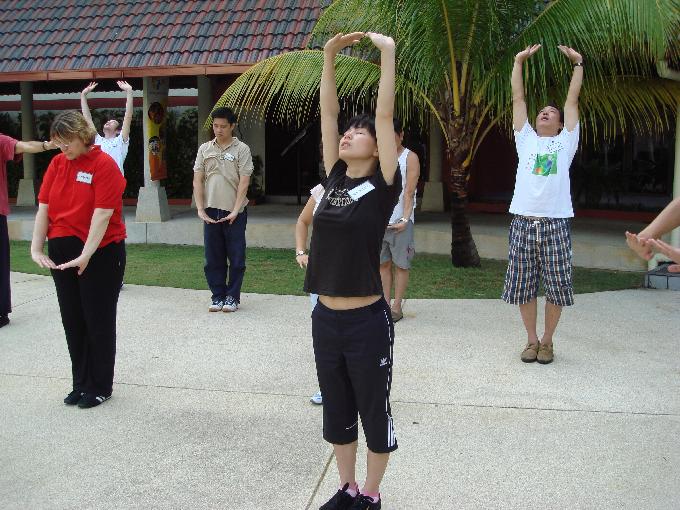 How does development of consolidating force influence flowing force, and vice versa, and what are important practical considerations to ensure these processes are efficient and balanced?

An excellent way to answer the question is to describe my teaching of internal force over many years, which will reveal not only the influence of consolidated force over flowing force, and vice versa, but also beneficial aspects like how this understanding can make our training more cost-effective and how its application can enrich our daily life.

Indeed, I don’t have the equivalent Chinese terms with me right now. Perhaps those fluent in Chinese may suggest some relevant terms, here in the open forum or privately via e-mails or messages to me.

This will be interesting. This is the first time in the history of internal arts, which I believe are unique to the Chinese, where the philosophy, based on practical experience, was first explained in English and back flowed to the Chinese language.

Internal force was normally taught only to selected students who had proven their worth. They had to practice the required techniques dedicatedly for many years before they could acquire the internal force. By the time they had acquired sufficient internal force they usually had reached master’s’ level though they might have started their training when they were still students. I myself went through the same procedure.

As I taught internal force development to many classes for over 20 years, with more than 100 classes a year and developing internal force was involved in some ways in every class, I had the opportunity to refine its methodology as well as to confirm its effectiveness.

One of my earliest realizations was that practicing chi kung was also building internal force. This was not a new discovery but identifying a process, the identification of which contributed greatly to a better understanding and effectiveness in teaching internal force.

I discovered that my early chi kung students, without undergoing external exercises like skipping rope and lifting weights, increased their power and stamina remarkably. The force developed was obviously internal. This gave me my first indication that chi kung developed internal force. It confirmed the saying that “internally, train qi”, or “noi lean yiet hou hei” in Cantonese.

At this time my approach to chi kung was still through form, though I paid much attention to being relaxed and not thinking of anything, an invaluable lesson I learn some years ago from my sifu, Sifu Ho Fatt Nam, over casual conversation. In other words, students performed chi kung forms over and over again, and eventually they had a chi flow. Like most other chi kung practitioners today, at first I thought that performing chi kung exercise was practicing chi kung. It was later that I realized the essence was chi flow, and without chi flow it was only gentle physical exercise.

Later I discovered that if I led students to be relaxed and not thinking of anything, which I subsequently learned was called a chi kung state of mind in modern chi kung terminology, I could speed up result remarkably. This led me to an important conclusion that the three essential requirements in chi kung or any internal art training were mind, energy and form in that order of importance, confirming another classical principle, which was similar to but an expansion of the one mentioned earlier that “internally, train mind, energy and essence; externally, train tendons, bones and muscles”, or “noi lean jin shen hei, ngoi lean kern quat pei”.

This indicates the importance of energy flow in building internal force, or the influence of flow over consolidation. Over the years I also discovered that the smoother and bigger the volume of energy flow, the more internal force was consolidated. This led to my philosophical understanding of the fact that while external strength is limited by size, age and gentle, internal force is not.

The realization of the influence of consolidating force over flowing force occurred even earlier. When I learned from Sifu Ho Fatt Nam, vigorous energy flow was not encouraged, though we enjoyed slight spontaneous movements of “Flowing Breeze Swaying Willows”. When I had started teaching the Eighteen Lohan Hands to the public later on, I realized that chi flow was very beneficial, though at that time I had not crystallized the concept that it is chi flow that gives the wonderful benefits of chi kung.

I was quick to put this discovery for the benefit of students. So in my early years of teaching I often told students that if they did not go into a chi flow after stance training or any internal force building exercise, they would miss more than half the benefit. I did not mention this statement later on because by then chi flow after force building had become standard procedure.

The benefit is not just a remarkable increase of internal force. It makes internal force training safe, a problem that many internal art practitioners dread. Any blockage or deviated practice unwittingly sustained during the training will be automatically eliminated by the immediate chi flow.

It makes the practitioners balanced. Instead of concentrating internal force at certain parts of the body when the training is focused, usually at the arms, palm or chest, chi flow spread the internal force all over the body for better balance and elegance. Too much concentration of internal force on certain parts of the body may bring a practitioner adverse physical or emotional side-effects, which masters in the past actually suffered from. Yang Deng Fu, the great Taijiquan master, and Dong Hai Chuan, the great Baguazhang master, for example, were recorded to be easily irritable, despite their tremendous internal force.

It also put internal force to its use, i.e. maintain life and enhancing life, instead of just enhancing combat, which rarely happens nowadays. When internal force is focused at the palms or arms, it may give a practitioner Iron Palm or Iron Arm. But when it is spread all over the body by chi flow, the internal force will nourishes all organs and systems of the bdoy, contributing to the good health, vitality and longevity of the practitioner, and excess force will be stored at the dan tian and eight wondrous meridians, to be drawn out for expedient needs for combat or for daily life. 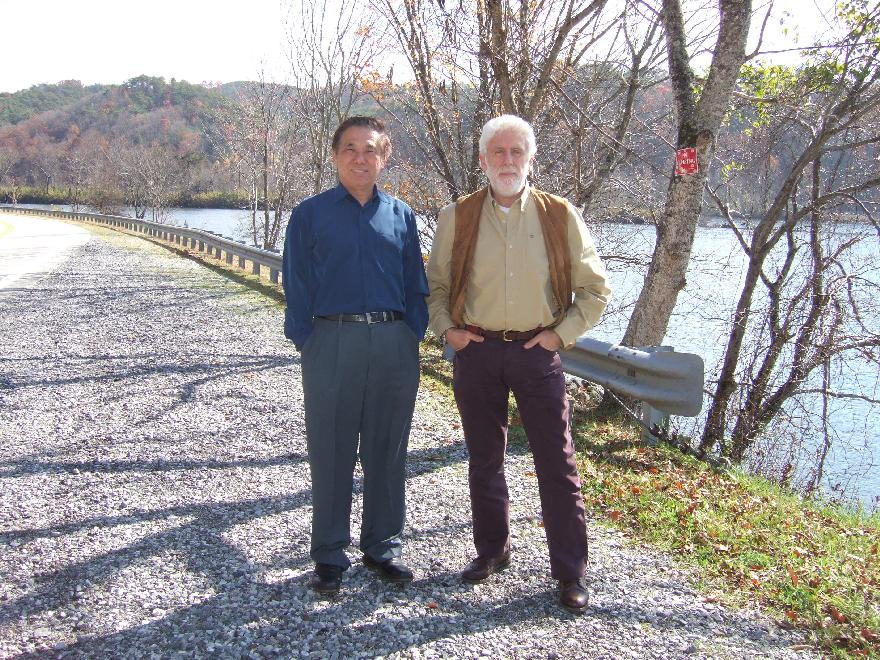 With this background, we can have a better understanding and be able to answer the questions directly as a form of recapitulation.

Development of consolidating force gives volume to flowing force, making the flow smoother and more vigorous. In turn this further increase the volume of internal force, which we may consolidate if we want to, or just leave it flowing. Force, like cash, is more useful when it is flowing, and better contributes to good health, vitality, longevity, peak performance, mental clarity and spiritual joys.

To ensure this process of flowing force is most effective, practitioners should be relaxed and not thinking of anything. Once a practitioner tenses his muscles or starts to intellectualize, he stops his flow of energy. Not being relaxed and intellectualizing are the two main reasons why a lot of people do not enjoy the benefits of flowing force even when the techniques they employ in their training are correct.

Examples are plentiful, though those involved may not realize it or accept their mistake. They are found in the great majority of people who practice chi kung, Taijiquan and other internal arts.

Actually he will need less than half a year to have consolidated sufficient force to be rated as having some reasonable internal force because as the volume of flow increases, the amount of force also increases proportionately. But even if we presume the increase to be uniform, he will have acquired a reasonable amount of consolidated force in 6 months, whereas those who do not understand and implement this principle of internal force training will need 10 years! Our Shaolin Wahnam students today are in this elite situation, whereas past masters who had internal force, including myself in my own training, were in the other situation.

If they do not have flowing force, they will be unable to consolidate the flowing force into internal force even when they have the skills of consolidating force. Their training may become isometric exercise, like some Iron Wire masters. Worse, their training may give them big muscles instead of internal force, like some Wing Choon masters. They have a lot of muscular strength, but the big muscles may be detrimental to their health.

Such statements may be sensitive, but they are given here in good faith. Whether the isometric masters or the big-muscle masters take heed of the advice is their own business.

When big muscles lock up stagnant energy, it can be harmful. Your energy which is supposed to work your organs and systems are now locked up, giving you more mass, and forcing your organs and systems, already short of energy, to work harder. If your consolidated force is flowing, albeit slowly, it is alive and not harmful.

The following practical considerations are needed to ensure the beneficial influence of flowing force on consolidating force. You must be relaxed and not intellectualizing, otherwise the chi flow will stop.

The requirement to be relaxed is more difficult when consolidating flowing energy than when letting energy flow spontaneously. To let chi flow, by not tensing muscles (as well as not intellectualizing), the chi will flow. To consolidate flowing energy, you have to bring a lot of energy together, and at the same time you have to let this mass of concentrated energy flow. You have to perform two apparently opposite actions at the same time.

The mistake very commonly made by most people is that they tense their muscles when consolidating energy. This may bring energy together, but the energy stops flowing. This results in building isometric tension or building muscles.

How do you overcome these two seemingly contradictory actions? There are two ways as follow.

One way is to use physical movement while you consolidate your energy. A good example is “Double Dragons Emerge from Sea” in the triple-stretch method. As you consolidate energy at your arms, you also move your arms forward and backward.

The second method is to use your mind. While your chi is flowing, you use your mind to consolidate the flowing energy.

In practice, we combine the two methods. After the training, we go into a chi flow to enhance the results in many ways.

By comparison, stance training is mainly consolidating energy. Hence, we enhance the result greatly when we go into a chi flow after the stance training.

This philosophical understanding of consolidating force and flowing force not only make our training incredibly cost effective, but also bring us many benefits other students may not think possible. 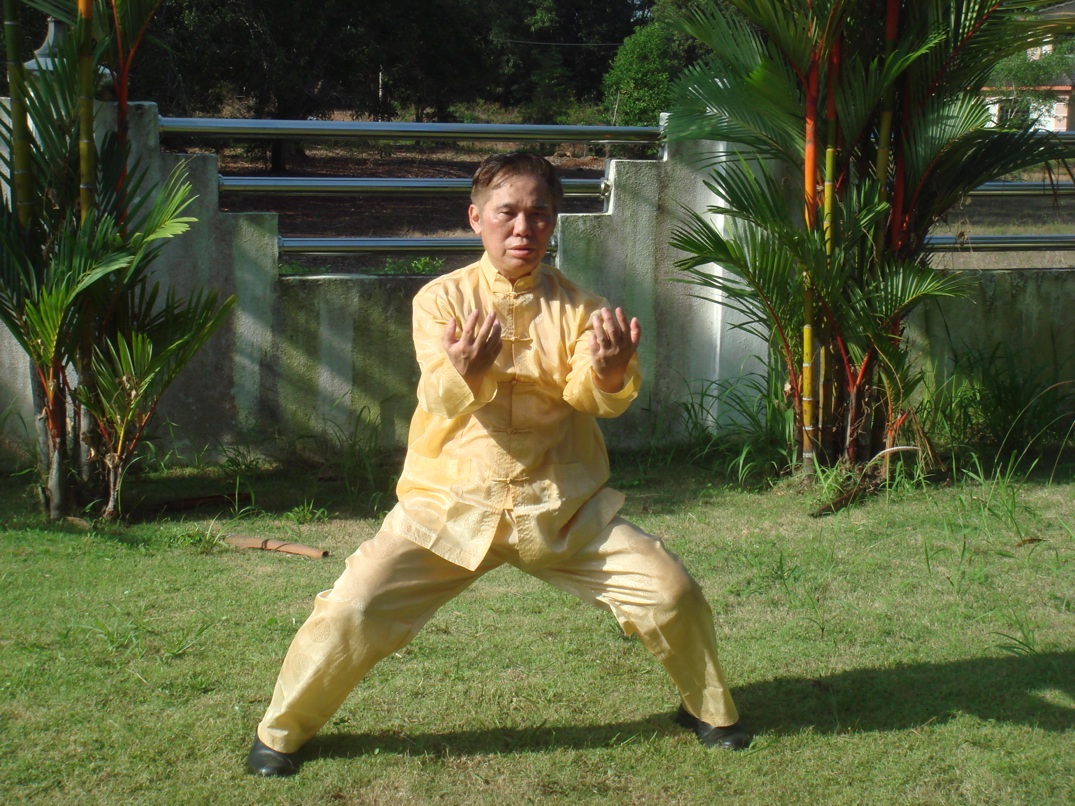