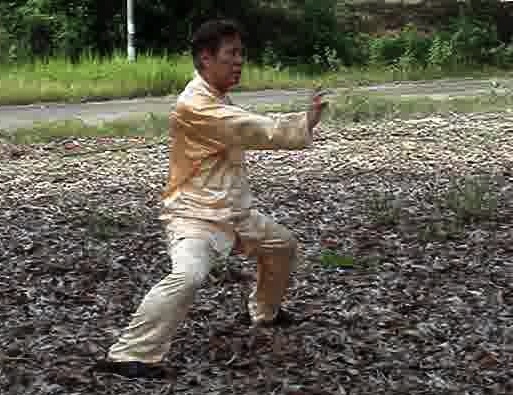 Two years ago in Florida, you taught Two-Finger Shooting Zen where we first emphasized proper form, generated an energy flow, and then consolidated the energy flow into internal force.

You also taught Lifting Water where there was no particular instruction for allowing flow or consolidation, we simply did the exercise in a qigong state of mind. From some discussion with other Shaolin Wahnam family members, these two methods are very common in our school.

At the UK Summer Camp in Arundel, you taught the Baguazhang method of force training, which involved both building force with Baguazhang stances and then letting it flow with Circle Walking.

Are there other such internal force training methods or styles of kung fu where the practitioner alternatively builds and then allows force to flow within the same exercise?

It is mind blowing to reflect that even masters have chased after internal force for many years but to no avail, yet relative beginners in our school could feel tangibly internal force after just one day! It is no wonder that many people call us liars. We have no complaint that they do not believe us; it is their loss.

But we can’t help feeling they are really silly, or really stubborn, or both, though that is not our business. They are silly not to find out for themselves by taking a course. They are stubborn that they are not humble enough to learn from us despite the many benefits they can get. But honestly we are glad that we do not have silly or stubborn students in our midst.

The amazing thing is that once you have the secrets of internal force training, theoretically and experientially, from the benefit of breath and depth available in our school, you can almost train internal force in whatever way you want and still get good results. If you didn’t choose the best technique and the best approach, you won’t get the best result, but even if your result is only 10% of the potential, say, after training for one month, your 10% result is still better than many people who get nothing after chasing for internal force for many years.

If you choose Two-Finger Shooting Zen as the technique for internal force training, and your procedure is first to have picture perfect form, next to generate an energy flow, and then consolidate the energy flow into internal force, you have the best approach for a good technique. Even if your practice is not excellent, with you making some mistakes here and there, but on the whole you have practiced correctly, you should have at least 60% of the potential.

Suppose you reverse the procedure of your training of Two Finger Shooting Zen. You start by consolidating energy, next you let your energy flow, and finally you aim for picture-perfect form. So now you have a bad approach to a good technique, and you get only 10% of your potential, which is 1000 units of internal force, but which is still relatively a lot compared to what the master gets. 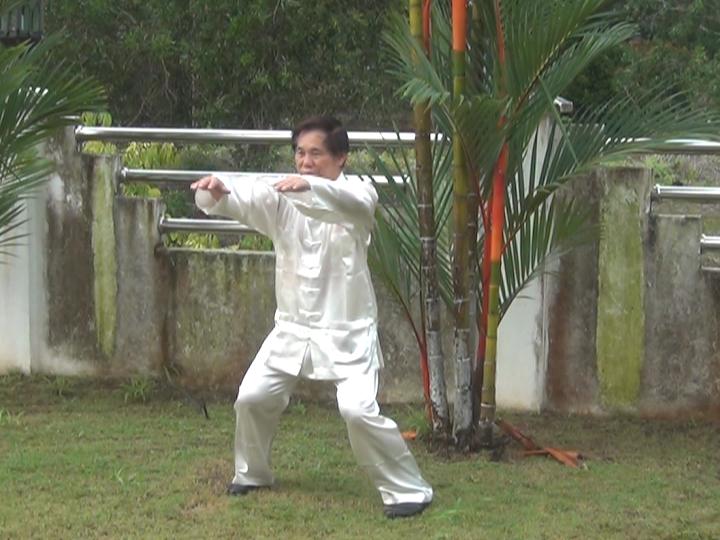 Now, for giggles, you choose a bad technique to develop internal force. You choose to hit a wooden dummy instead of training Two-Finger Shooting Zen. Actually hitting a wooden dummy will only develop external strength, but because you know the secrets of internal force training, you can still use this technique, though it is a bad choice.

For Two-Finger Shooting Zen, we use the form-flow-force approach. But we do not use the same approach for Lifting Water because the method is different.

We still start with picture-perfect form. If you lean back on your stance, or you move one arm faster than the other, for example, your result will be worse, or even detrimental. But we do not actively generate a vigorous energy flow, or consolidate the energy into internal force. We let that happen spontaneously because of the technique. By raising the arms up and down, we generate an energy flow. By moving the arms slowly in a chi kung state of mind, we let the energy consolidate, but not as much as in Two Finger Shooting Sen.

We did not have sufficient time to experience to find out which approach would give us the best result. But from a philosophical perspective, what we did, i.e. Baguazhang stance training intermixed with Circle Waling, was probably the best as we could maximize the result of building and flowing with chi flow.

There are other internal force training methods and kungfu styles where building and flowing are incorporated in the same exercise. The proportion between building and flowing may vary. Some examples are One-Finger Shooting Zen, Punching with Stone Locks, Grasping Sparrow’s Tail, Wing Choon Siu Lin Tou and Yang Style Taijiquan.

In some kungfu sets, like the Triple Stretch and the Flower Set, the first part is ta-chong, or force training on stance, followed by ta-sei-moon, or performing combat sequences in four directions. First, force is built, then it is made to flow.

In our school, having a chi flow after building force is our hallmark. Before this building-flowing concept has been crystallized, I discovered from my own training as well as from teaching students that a chi flow after stance training greatly enhanced the result. Hence in my early years of teaching, students would have heard me saying that if they didn’t go into chi flow after stance training, they would miss more than half the benefit. Now students do not hear me giving this advice often because this practice has become standard procedure in our school.

Because of our skills, we can perform any exercise in any approach, though certain exercises may be more suitable to certain particular approaches. We can build and flow at the same time, we can flow first than build later, we can build first then flow later, or we may not have any particular thought towards building or flowing. 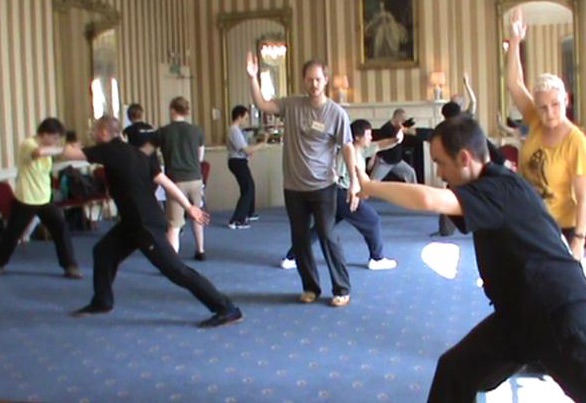 But for theoretical discussion, we shall consider three categories -- build and flow at the same time, flow first followed by build, and no particular thoughts towards flow or build.

In theory, and for us, an exercise like Grasping Sparrow’s Tail where building and flowing happen at the same time, gives us the most force for combat and for health, but it takes a long time. It is also the most versatile. The disadvantage is that it needs skills to accomplish the result. For most people, practicing this type of exercise may not give them any result.

An exercise like Two-Finger Shooting Zen where there is flow first followed by consolidation, is powerful for combat but less suitable for health. It is the fastest of the three categories to produce internal force. The disadvantage is that it is easy to degrade to isometric exercise, often without the practitioner knowing.

An exercise like Lifting Water where there is no particular thought towards building and flowing, is the safest but also the slowest of the three categories to develop internal force. The disadvantage is that it is easy to perform it as gentle physical exercise.