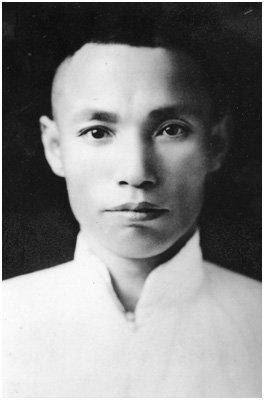 And finally, why do you portray Sifu Gu Ru Zhang as a hero when you mention him, considering your noble statement: "A Shaolin disciple, for example, is trained to be courteous and considerate, brave and righteous, assess problems and situations with calmness and clarity, and attend to duties with zest and loyalty. While the philosophy of many martial arts mainly focuses on how to be stoic and hurt the opponent, Shaolin philosophy teaches gentleness and a love for life. The twin pillars of Shaolin philosophy are compassion and wisdom."

I did not try to portray Sifu Gu Ru Zhang as a hero. He already was; I merely reported his heroic deed.

Sifu Gu Ru Zhang fitted perfectly with my noble statement. He was courteous and considerate. He did not pick a quarrel with the Russian master. He let him leave graciously without hurting or even scolding him.

Sifu Gu Ru Zhang was brave and righteous. Even when he knew the horse had killed many martial artists and he would risk his life to face it, he gallantly took the challenge. He did the right thing. Even when he did not like to kill, he had to kill to prevent further killings. He did so with the minimum suffering to the horse. Hopefully the horse could be reborn at a better station in its next life.

Sifu Gu Ru Zhang also demonstrated gentleness and love for life. He was gentle with the horse though he had to kill it to prevent it from killing more people. He could have killed the Russian master too, but he let him leave, showing his respect for life. Sifu Gu Ru Zhang exemplified the Shaolin philosophy of compassion and wisdom.

The above is taken from Question 3 August 2010 Part 1 of the Selection of Questions and Answers.