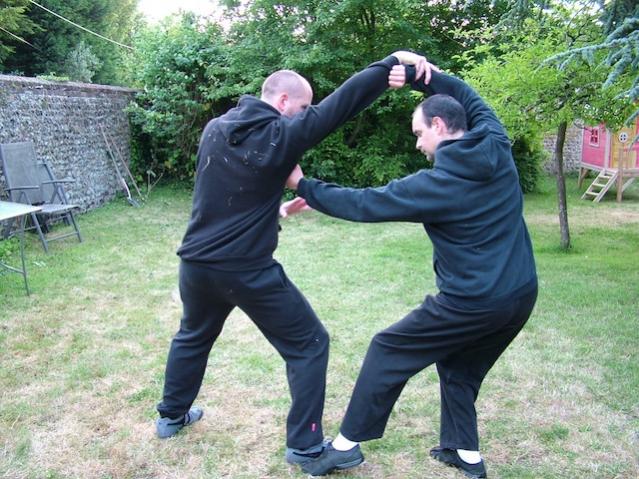 Zen is described as Simple, Direct and Effective. When people are in a Zen state of mind it can be described as an elevated or higher level state of consciousness or, rather, awareness.

Tai Chi Chuan is often described and practiced as circular, indirect, following the flow and patiently waiting for an opening, among other descriptions. Typically not simple nor direct yet highly effective in many circumstances. Interestingly, when one practices Tai Chi Chuan they attain a similar result of higher awareness. I’m not mentioning Wuji here which we know is remarkably simple, direct and effective.

How do we explain the Zen state of mind achieved in Tai Chi Chuan practice when one doesn't seem to be doing something simple, nor direct? Is it simply that our mind is immersed in our practice, with no mental distractions and thus we achieve the Zen state of mind? Is it related to the harmonious energy flow? Also, if Sifu would like to further comment or elaborate on the relationship, or lack thereof, between Zen practice and Tai Chi Chuan practice it would be appreciated.

Thanks, Anthony, for a series of very illuminating questions which lead us to a deeper and more rewarding understanding of Zen and Tai Chi Chuan.

Tai Chi Chuan is often compared with Shaolin Kungfu, where Tai Chi Chuan is described to manifest Tao whereas Shaolin to manifest Zen. We are indeed fortunate in Shaolin Wahnam where we have the best of these two worlds, as my sifu, Sifu Ho Fatt Nam, was both a Zen master and Taoist master.

Simple, direct and effective are excellent adjectives for Zen. On the other hand, Tao is flowery, circular but also effective. A comparison of Taoist and Zen writings is illuminating.

The following is a random piece I have taken from a Taoist classic, "Genuine Transmission of the Way to Immortality". The following poem is by the Taoist master Fou Yu describing a great cosmic truth.

The following is from the Venerable Hui Neng, the Sixth Patriarch, in his Platform Sutra.

Both Master Fou Yu and the Venerable Hui Neng teach the same cosmic truth, though the vocabulary and imagery used are vastly different. Can you guess what this great cosmos truth is?

Tao, like Zen, has three different though related meanings. At the most supreme level, Tao and Zen refer to Cosmic Reality, or in Western terms God the Holy Spirit, or the undifferentiated spread of energy in scientific language. It is omnipresent, omniscient, infinite and eternal.

At the intermediate level, Tao and Zen refer to a glimpse of the Cosmic Reality, or an experience of reality at a higher level of consciousness. It is a spiritual awakening.

At the lowest level, Tao and Zen refer to particular ways of spiritual cultivation. Here is where their characteristic differences are found. Although their ultimate aim is the same, their descriptions, approaches and methods are different. 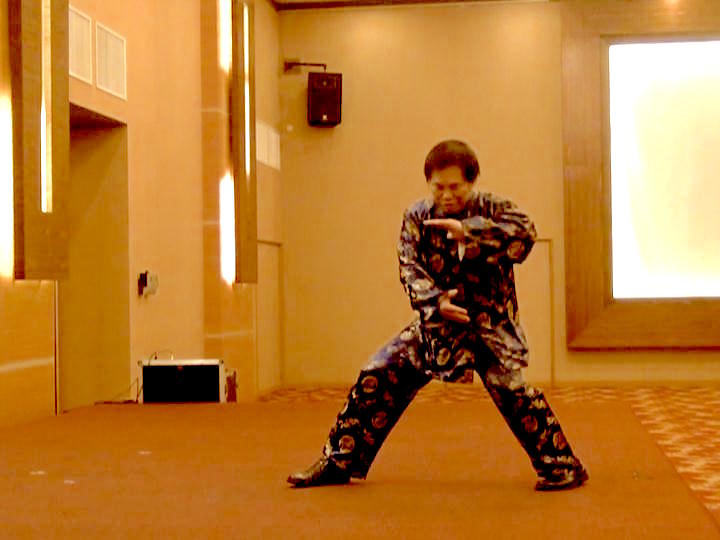 Tai Chi Chuan and Shaolin Kungfu are two of the arts to achieve the ultimate aim of attaining Cosmic Reality, though most practitioners today, including ourselves, practice them for relatively lower purposes of attaining good health, vitality, longevity, mental freshness, spiritual joys and combat efficiency. Due to different needs and other factors, the descriptions, approaches and methods of Taijiquan and Shaolin Kungfu are different.

For example, when an opponent throws a powerful thrust punch at you, using Shaolin Kungfu you can ward it off with a diagonal "Beauty Looks at Mirrow", without moving your body. If you use Taijiquan, you would sink back and rotate your waist to ward off the attack with “Immortal Waves Sleeves”.

There are different ways to enter a Zen state of mind, which is usually called entering Tao in Taijiquan. We may also use a simple and direct method, like we do when we start our Taijiquan practice, just as we do in Shaolin Kungfu or chi kung exercises like Lifting the Sky and Cosmic Breathing. Or we may use a more sophisticated method, like performing Grasping Sparrow's Tail.

In both cases, the approach may be different but the result is the same. In the simple, direct method of Zen, we just relax and keep our mind free of thoughts. In Grasping Sparrow's Tail, as you have rightly mentioned, we immerse our mind in our practice with no mental distractions, and then enter Tao. In the first case, we aim straight at no-mind. In the second case, we first aim at a one-pointed mind, then expand to no-mind.

Why do some people bother to go to one first, and not straightaway expand to zero? It is because not many people can go straight to zero. So they need an extra step. Even attaining a one-pointed mind is not easy, not many people can achieve this. We in Shaolin Wahnam are elite. Irrespective of whether we practice Shaolin Kungfu, Taijiquan or Chi Kung, we are so familiar with this skill, and use it so often that sometimes we forget it is rare and advanced.

Remember that Zen is for the best mind. If students are not ready for Zen, they use other methods, like samadha meditation and vispasana meditation.

If a practitioner goes straight to no-mind, without first attaining a one-pointed mind, will he be able to focus his mind to be one-pointed when he needs to think?

Yes, he will. In fact he will do so more effectively. When a person has attained no-mind, his mind is crystal clear. If he brings in a thought, his mind automatically becomes one-pointed on that thought as there are no other thoughts. This is more effective than first clearing numerous thoughts to focus on one remaining thought.

This validity is amply reflected in our students. One of the characteristics of Shaolin Wahnam students is their mental clarity. They practice mental clarity each time they start their Shaolin, Taijiquan or chi kung training.

Jose Antonio will be happy to read this. When we were on the Blue Mountain at the beginning of the year (2012), there was a passionate debate between the Shaolin camp and the Taijiquan camp over a statement I made that my Taijiquan practice had contributed greatly to my Shaolin Kungfu. Even Shaolin diehard like Anthony K spoke glowlingly of Taijiquan. Jose Antonio, who switched from Taijiquan to Shaolin Kungfu, was concerned.

In our school the issue of whether Taijiquan and Tao or Shaolin Kungfu and Zen are better, does not arise. We have the best of all the four worlds. 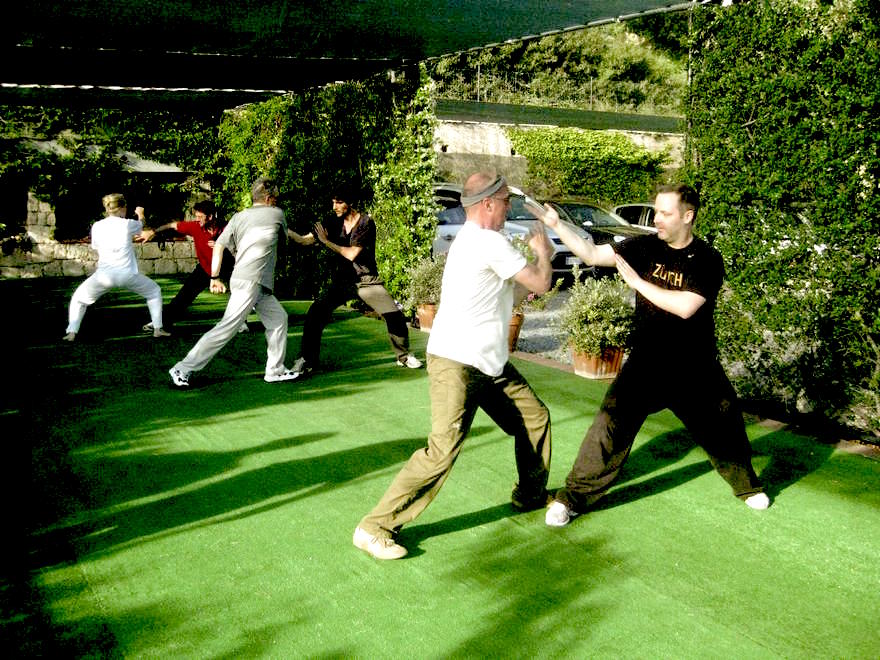