COUNTERS AGAINST THE SHOOT — PART 2 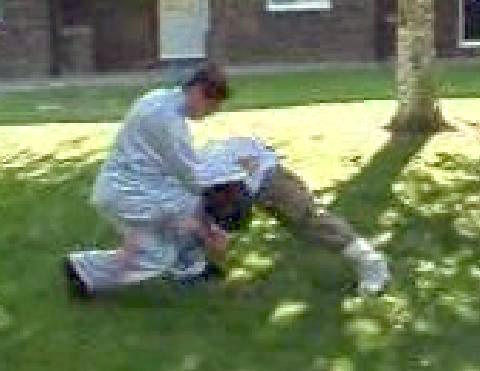 There are many counters in kungfu against the Shoot, which is a popular technique used by wrestlers and other martial artists to take down an opponent. Another video clip shows Sifu Wong prevents an opponent from applying the Shoot when he is about to do so. This video clip shows Sifu Wong uses the kungfu pattern called “Spiritual Dragon Crouches on Ground” to control Jamie, an assistant instructor of Shaolin Wahnam Scotland, who has already grasped both of Sifu Wong's legs for the Shoot. By skillfully sitting down on his Unicorn Stance, Sifu Wong locks Jamie's both hands, while his other two hands are free to strike Jamie.

Counter against the Shoot -- Part 2 from Wong Kiew Kit on Vimeo.