COUNTERS AGAINST THE SHOOT — PART 1 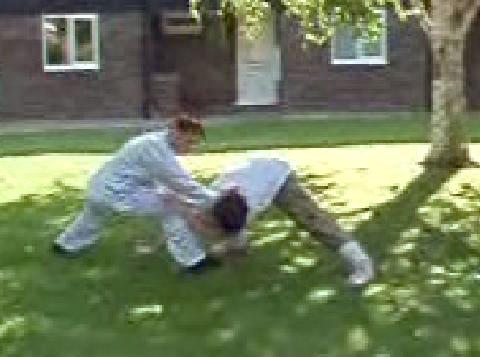 A popular technique used by wrestlers and many other martial artists to take down an opponent is the “Shoot”. There are many techniques in kungfu to overcome the Shoot. Here Sifu Wong uses a kungfu pattern called “Heaven Dragon Descends to Earth” to prevent Jamie, an assistant instructor of Shaolin Wahnam Scotland, from a take down.

This kungfu technique, which requries a good stance, is simple and effective, but is applicable if the opponent has not grasped the exponent's legs. If he has held the legs, other techniques would be needed. An example to overcome the Shoot when the legs are already held is given in another video clip.

Counter against the Shoot -- Part 1 from Wong Kiew Kit on Vimeo.