THE DRAGON IN BAGUAZHANG 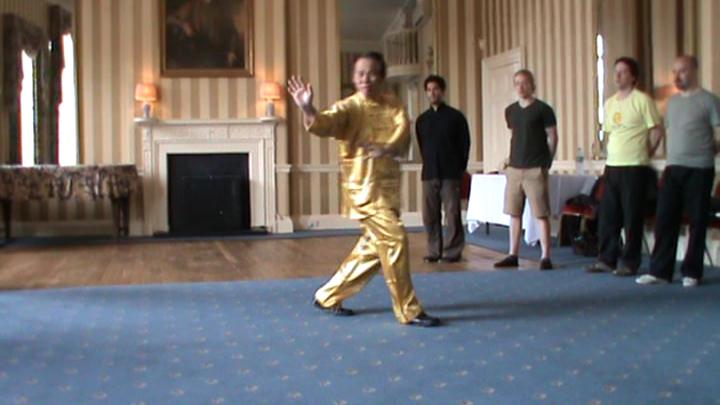 Much has been said about the wonderful course so far, I will just add a few of the experiences that I have had:

On the first day when we learned how to circle walk, towards the end of the morning when we practiced in flow, suddenly it was as my imaginary circle came alive. I could feel a central axis that I was orbiting around, like a planet around the sun. The energy flow just kept me in position and I could move very quickly and effortlessly.

As I changed directions, I then suddenly felt like the circle was a flowing yin yang moving dynamically as I switched 'polarities'. When we practiced spinning (without dizziness) it was like I became one with the axis itself. It was like being at the centre of the cosmos and being a part of the process of cosmic generation and movement.

Before this course, I never really understood the nature of 'dragon force'. One of the amazing things for me is to experience the dragon, indeed to become the dragon. Everything from the special way the body twists during the basic stances to the way that we quickly weaved about the room circle was so very 'dragon'.

I had a great moment of 'enlightenment' during the stance training when Sifu corrected the position of my palm which was too bent. When he straightened it, suddenly it was unlocked and I felt my dragon palm suddenly holding a huge ball of chi with chi shooting from the fingertips.

I also learned how to tune into being sensitive to this, for whenever I began to bend the wrist, the ball would suddenly get cut off, and I would remember to straighten the palm. It was a great confirmation that the stances have their own internal 'intelligence' that over time we become more sensitive to, so that it just becomes natural.

One of the greatest things about the course is that it provides so many ways to train - static stances, then circle walking, then the mother palms, then the application. All of these could be combined together in one session of training, focusing more on force building or more on flow, but you could vary according to your needs on the day or just for fun.

In short I could see how you could easily spend the rest of your life enjoying and benefiting from just this course alone. It’s like a complete universe to be explored and 'unpacked'.

So many thanks to Sifu for making it so easy and enjoyable to learn so much in such a short time. And so much more to come! 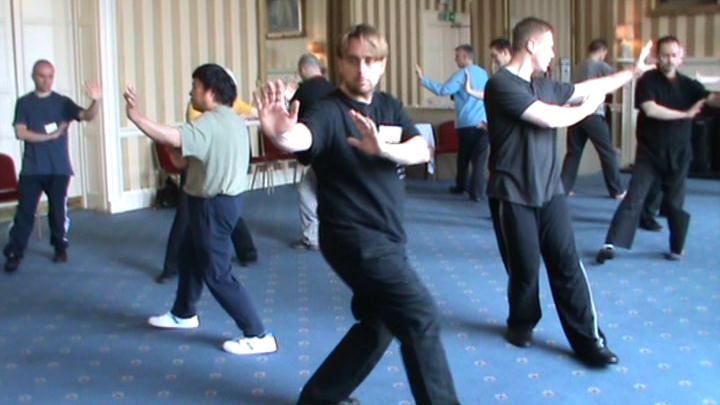