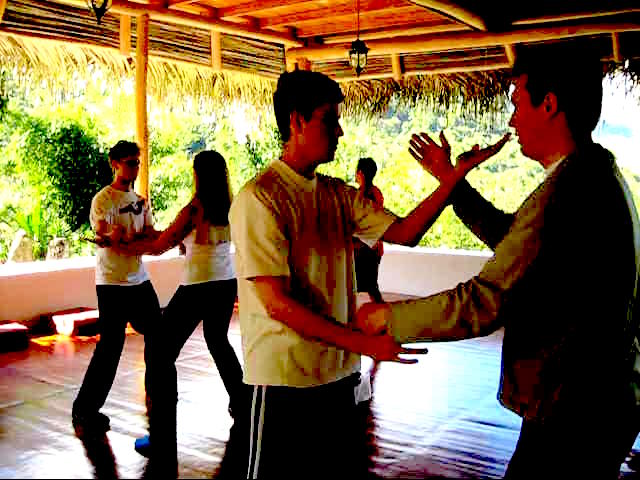 A Wing Choon class at the Guan Yin Temple

An outstanding feature of the course was using "Siu Lin Tou" to develop internal force, a secretive skill normally taught to inner-chamber disciples. Shaolin Wahnam students had a distinct advantage here because they already knew chi flow, which formed an essential part of the "flow method" employed in this force-training methodology.

We wish to thank Sifu Anthony Korahais for reviewing the instructional material with the students, Sifu Rama and his Blue Mountain team for the memorable hospitality, and Eli for recording the videos.

You can view the videos here

You can view the videos here

Against Kick-Boxing and Taekwondo