HOW TO FIGHT AGAINST MULTIPLE ARMED ATTACKERS 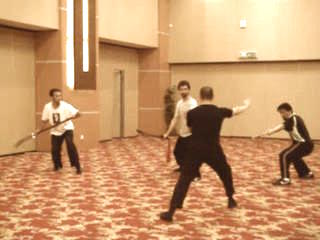 How would you counter three armed attackers with your bare hands?

This video series shows course participants overcome multiple attackers armed with various weapons, like sabers, spears and Guan Dao (Kuan Tou). More significantly, the counters are worked out by the course participants themselves after some preliminary explanation on tactics and demonstration of applications by Grandmaster Wong. 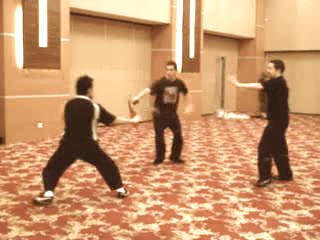 Dr Damian successfully overcome two attackers armed with sabers. Extra care is taken to ensure that no one is hurt by the weapons. 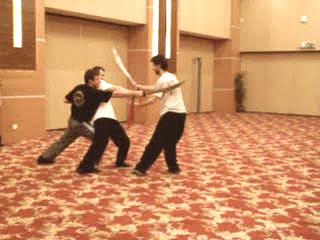 Steve disables the first armed attacker and uses him as a shield against the second armed attacker. The tactic used by Steve here is quite different from that by Dr Damian above. 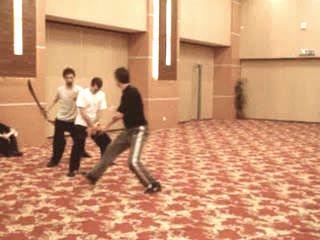 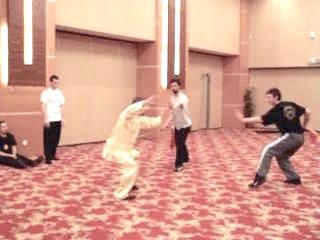 Grandmaster Wong shows some finer points in handling both the first and the second attackers. Nevertheless the tactic he employs in overcoming the two attackers here is the same as that used by Sifu Mark above. Do you know what the tactic is? 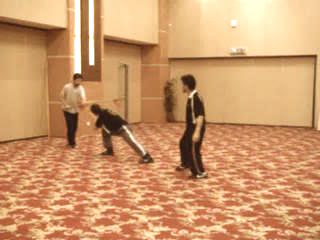 Steve skillfully uses the opponents own spears to defeat them. 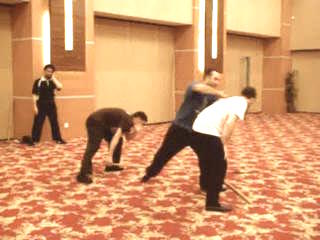 Sifu Eugene disarms the two opponents and strike them down with his bare hands. 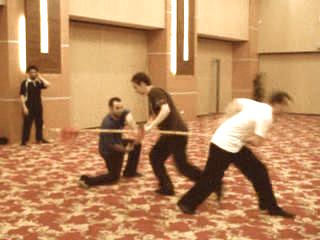 Sifu Robin shows an excellent technique in overcoming two opponents armed with spears, by capturing their spears, felling them but without harming them. 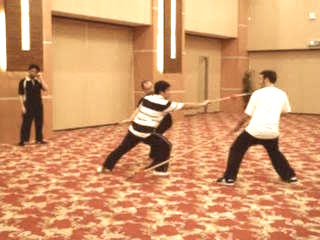 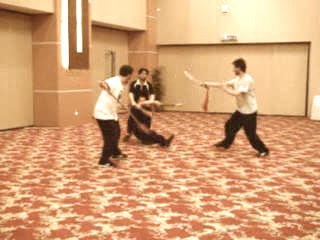 Dr Damian successful overcomes three opponents armed with a saber, a spear and a Kuan Tou. Great care is taken to ensure no one is hurt by the weapons in the practice.

The techniques used by Sifu Tim against the armed opponents are different from those used by Dr Damian above, but the tactic is the same. Similarly there is a lot of fun and laughter. 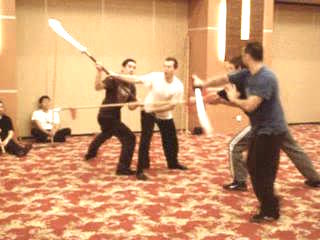 Sifu Robin disarms the first attacker and uses his spear to overcome the other two armed attackers. 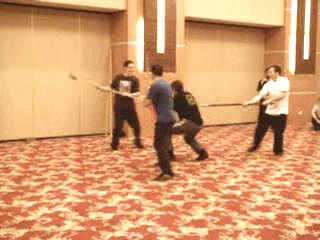 There is always a lot of fun and laughter in our classes, even when applying counters against multiple armed attackers. 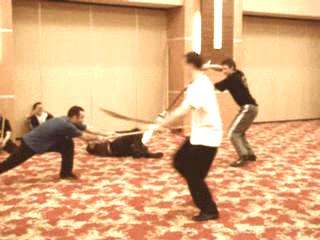 Even hhtmlng dealt with the other two armed attackers, Sifu Eugene finds the third armed attacker formidable. But he makes good use of the length of the spear to defeat the opponent. 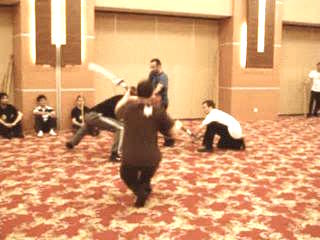 Like Sifu Eugene above, Steve also disarms the opponent with a spear, and uses it to overcome the other two opponents. They have to be careful not to hurt one another in the weapon training.

Sophisticated Techniques of the Trident (1) 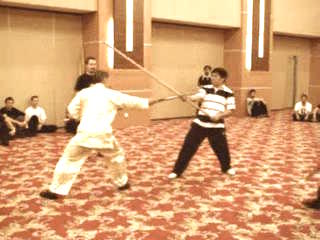 Grandmaster Wong uses his trident to disarm an opponent of his weapon.

Sophisticated Techniques of the Trident (2) 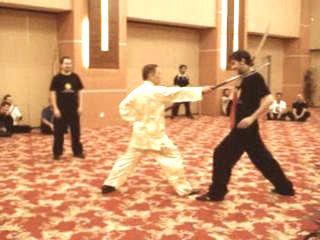 Grandmaster Wong applies his trident to keep his opponent under control.

Countering the Sophisticated Techniques of the Trident (1) 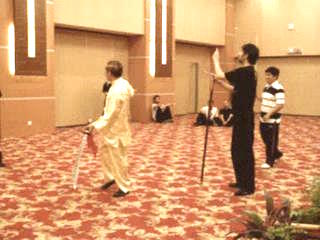 Grandmaster Wong demonstrates how to free his saber from being captured by a trident.

Countering the Sophisticated Techniques of the Trident (2) 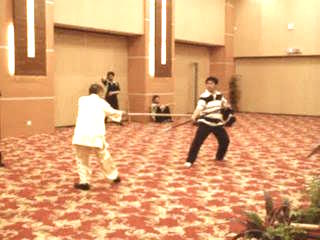 Grandmaster Wong frees his staff form the trident and disarms the opponent by dotting on a vital point on the opponents hand. 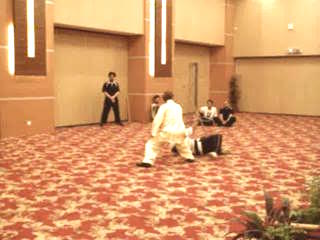 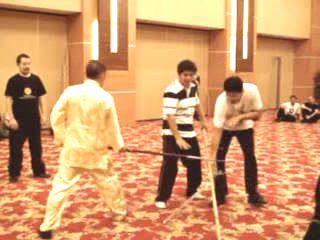 Grandmaster Wong demonstrates a marvelous technique of the trident in capturing the weapons of two opponents at the same time.
Please click the picture or the caption below to view the video

How to Fight against Multiple Armed Attackers from Wong Kiew Kit on Vimeo.