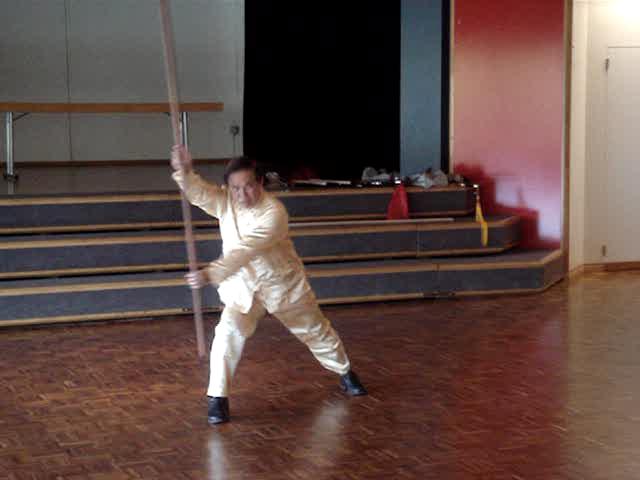 The Taiji Staff here has the right-hand as front-holding. This is in line with the background of kungfu history. In earlier times, spears were commonly used, but in later times staffs were more popular. Taijiquan developed much later than Shaolin Kungfu.