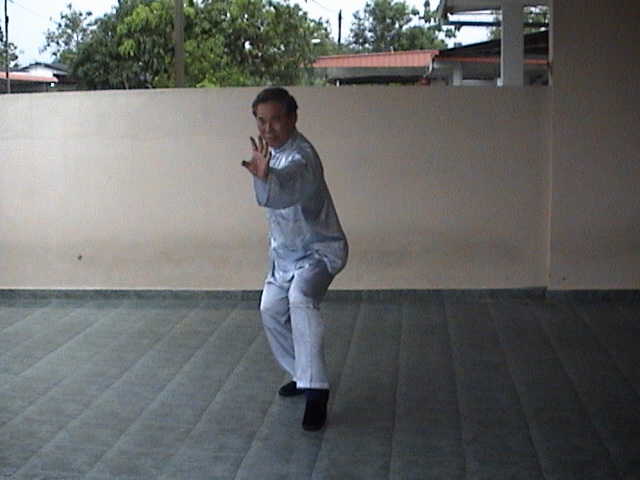 “Single Tiger Emerges from Cave” was the set that enabled participants, including fresh beginners, at the regional Shaolin Kungfu courses in Andorra, Switzerland and Portugal in August and September 2006 to use typical Shaolin techniques in free sparring within a few days. The set is composed of eight combat sequences simplified from the sixteen Basic Combat Sequences taught in intensive courses and regular classes.

The Names of the patterns in Chinese pronunciation and Chinese characters are provided below.

Video clips showing the teaching of this set by Grandmaster Wong can be found here.