THE WONDERS OF TANTUI SEQUENCE 1 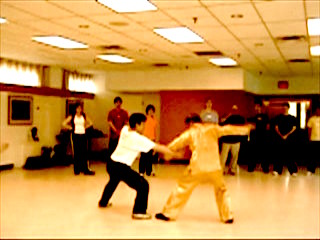 It is very hard to believe that by applying only Tantui Sequence 1 a skilful practitioner can defend against or attack any opponent who may use any kungfu, Boxing, Kick-Boxing, Karate, Muay-Thai or any martial art techniques! But it is true, and participants at the Intensive Shaolin Kungfu Course at Toronto and Frankfurt in May and June 2007 respective had an experience of this truth.

This series of video clips captures some of these lessons in Toronto. As most martial artists today, irrespective of what styles of martial art they actually practice, use Boxing in free sparring, participants can use Tantui Solo Sequence 1 as well as Combat Sequence 1 against a Boxer no matter how he attacks or defends! 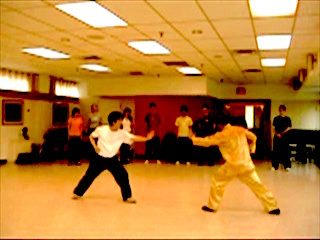 White Horse against a Boxer

You can use “White Horse Returns Head” against a Boxer. This pattern is similar to “Precious Duck Swims through Lotus” in Southern Shaolin except that in the “White Horse” pattern, one hand is used to “float” or deflect an opponent's attack. 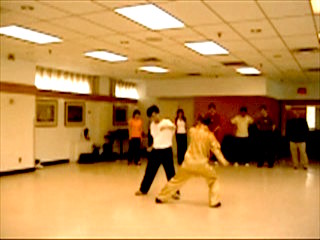 You can also use another pattern, “Second Brother Offers Wine”, against a Boxer. It is incrediable that almost irrespective of what the Boxer does, you can counter-strike him with this “Second Brother” pattern, or the “White Horse” pattern in the previous video clip. 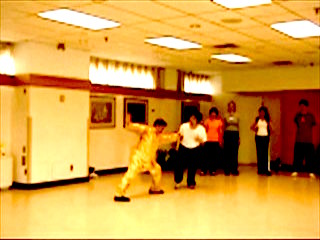 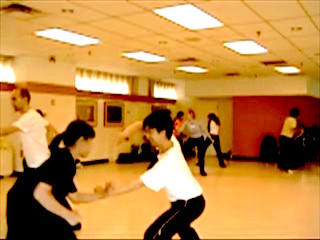 It is interesting to note that while many martial artists endure tension and pain in free sparring, laughter is a common feature in Shaolin Wahnam training. Here Naoko is having much fun sparring with Sifu Michael Chow. Notice how Sifu Michael Chow employs Tantui techniques to neutralize Naoko's chain attacks.

The various ways to counter a Boxer and other martial artists are formalized in Tantui Combat Sequence 1. The exponent initiates with Solo Sequence 1 and the opponent responds with “White Horse Returns Head”. 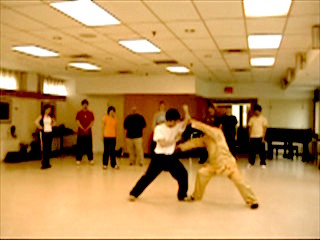 Sequence 1 Can be Applied against Any Attack or Defence

The combat effectiveness of Tantui Sequence 1 is incredible. It can be successfully applied not just against a Boxer but any opponent using any forms of attack or defence! The combat application shown here in its Combat Sequence 1 is just one example. Some fine points of the sequence are explained.

Wonders of Tantui Sequence 1 from Wong Kiew Kit on Vimeo.