THE SECRET OF THE INTERNAL FORCE MASTERS 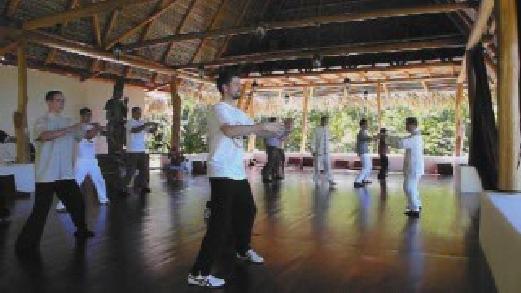 The biggest mistake many modern students make in “zhan zhuang”, or stance training, if they ever train in it, is to treat it as an endurance test. Not only they do not develop internal force, they often have adverse side effects.

“Zhan zhuang” should never be an endurance test; it should be a relaxation exercise. There are actually only two simple, but not necessarily easy, steps:

These video clips were taken at the Guan Yin Temple on the Blue Mountain. 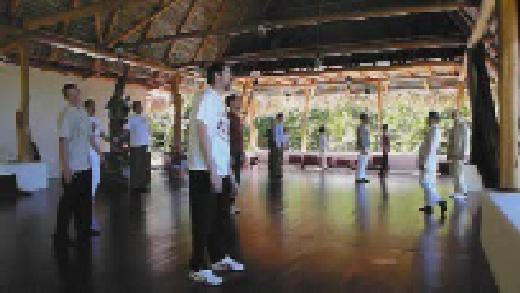 In our school entering Tao is a fundamental skill, which means it is very important, upon which the development of other skills depends, and hence is usually learnt at the beginning. Once you can enter Tao and generate an energy flow, all your subsequent Taijiquan movements will become chi kung.

The Three-Circle Stance is most frequently used stance in Taijiquan to train internal force. There are only two steps in its training, namely to get into the right posture and then to follow the three golden rules of being relaxed, relaxed and relaxed. 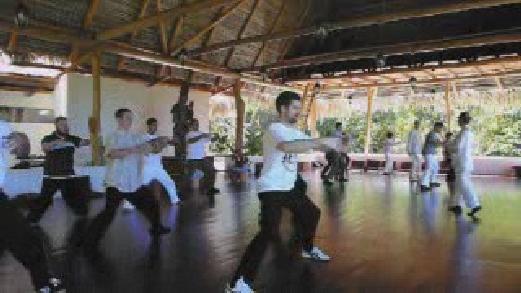 From the Three-Circle Stance participants move into the Horse-Riding Stance, taking care to differentiate yin-yang in the movement and maintaining cosmos-holding hand position. The feet are parallel, and the posture is in a pyramid shape. 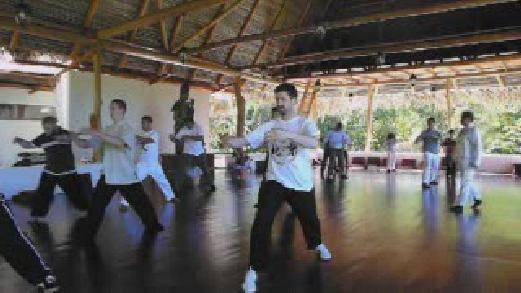 The Bow-Arrow Stance in our school is different from that in most other schools. Note that the two feet are in line with both the front toes and the back toes hooked inward at about 45 degrees, the body points squarely forward, and the front knee is bent forward (not sideway) and must not extend beyond the front toes. 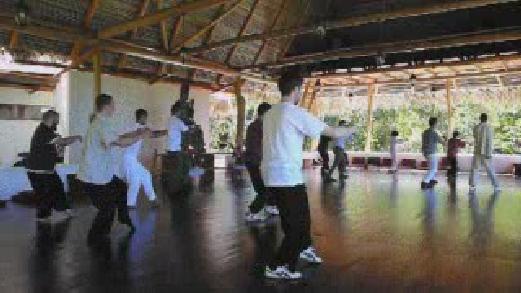 From the left Bow-Arrow Stance, participants move to the left False-Leg Stance. The front leg should supports only about 5% of the body weight. The body leans forward slightly to compensate for the different weight-distribution of the legs. 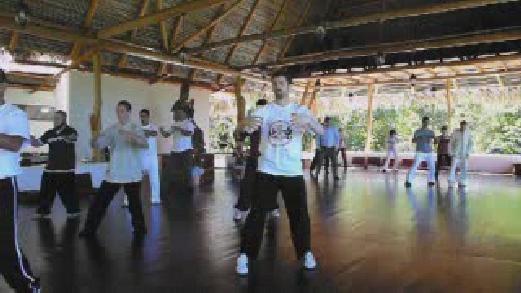 The Four-Six Stance is also called the Three-Body Stance or the Stream-Character Stance. There are situations when this stance is preferred to the False-Leg Stance or the Bow-Arrow Stance. It is frequently used in Taijiquan. 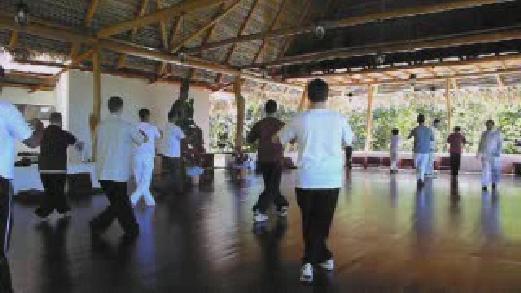 The Unicorn Stance is very versatile. It is usually called the Unicorn Step when it is used in transition. 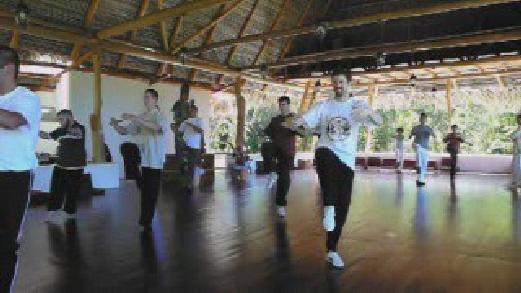 Good balance is essential in the Single-Leg Stance. The raised knee should be pointing upward and the raised toes pointing downward. The raised leg covers the groin. 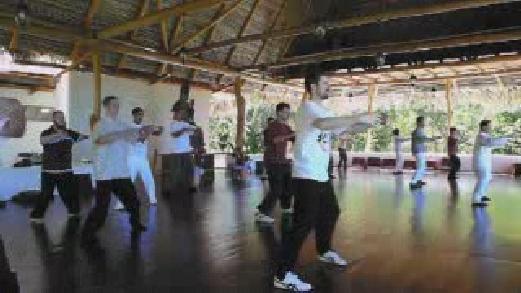 Participants move from the False-Leg Stance to the Three-Circle Stance with the hands holding the Cosmos. This stance enables chi to be focused at the dan tian as well as simultaneously circulating along the limbs, manifesting yin-yang harmony. 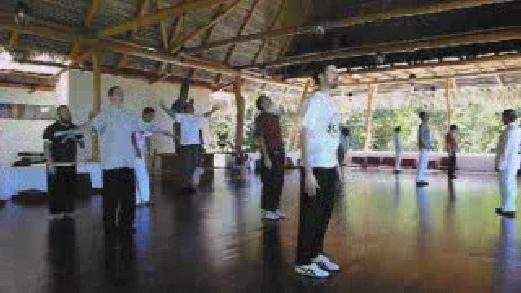 After stance training which cumulates at the Three-Circle Stance, participants proceed to chi flow, then to Standing Meditation, thus manifesting various aspects of yin-yang harmony.