IMPORTANCE OF STANCES AND FOOTWORK IN COUNTERING KICKS 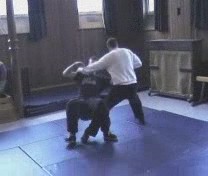 Stances and footwork are very important in kungfu. Their importance is well evident in countering Taekwondo round-house kicks, Muay Thai sweeping kicks and kungfu whirlwind kicks, as shown in this impromptu video clip taken during a Warrior Project session where Sifu Kai Uwe of Shaolin Wahnam Germany demonstrated the technique on Manus of Shaolin Wahnam England and Jamie of Shaolin Wahnam Scotland who have practiced for only about a year.

The pattern used in countering the kicks is called “Uprooting Tree with Roots” in Shaolin Kungfu, or “Carry Tiger Back to Mountain” in Taijiquan. With some modification, these counters can also be effectively used against knee attacks. It is important that students must know how to break-fall safely before attempting such practice.

Importance of Stance and Footwork in Countering Kicks from Wong Kiew Kit on Vimeo.