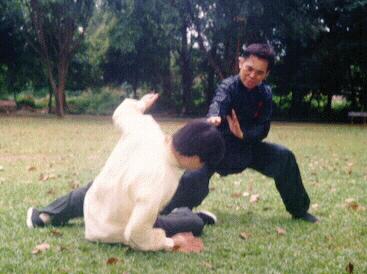 The aims of the course are to acquire skills for health, vitality, longevity and combat efficency

I have made an outlandish statement in my “Complete Book of Tai Chi Chuan” that more than 90% of Taijiquan practitioners get less than 10% of the benefits provided by Taijiquan, which is usually spelt as “Tai Chi Chuan” in English.

The statement, though outlandish but true, is based on the following facts. Taijiquan is an internal martial art, but there is nothing internal and nothing martial in the Taijiquan practiced by more than 90% of its practitioners all over the world! What they practice is just external Taiji form, or Taiji dance. Many practitioners add salt to injury by adding music to their dance.

It is not even a healthy dance. A survey showed that more than 60% of Taiji dancers had sustained knee injuries. I believe these knee injuries were due to practitioners performing wrong stances, which also led to back problems.

These more than 90% of practitioners who perform external Taiji form, or Taiji dance, have no internal force and cannot use their Taijiquan techniques for combat – the two features for which Taijiquan is well known. Because they do not develop internal force, their training does not give them good health, vitality and longevity – for which internal force contributes to. Because they do not train Taijiquan as a martial art, their training does not give them qualities which they can use not only in combat but in their daily life, like being relaxed, quick decision making, and confidence. If they have these qualities, like good health and confidence, it is because of other factors, and not because of their Taiji training.

Like the Intensive Shaolin Kungfu Course, course participants at the Intensive Taijiquan Course review the basic stances, which constitute the most important single category of exercises to develop internal force, which in turn contributes to good health, vitality and longevity, as well as peak performance and spiritual joys. Course participants then learn basic Taijiquan movements and patterns, including the famous principle of “starting with the back leg, rotating the waist, and ending at the hands”, and patterns that form the typical Taijiquan sequence, “Grasping Sparrow’s Tail”.

Two special features of the Intensive Taijiquan Course, which are not found in the Intensive Shaolin Kungfu Course, are Tui Sau, or Pushing Bands, and Da Sau, or Striking Hands. 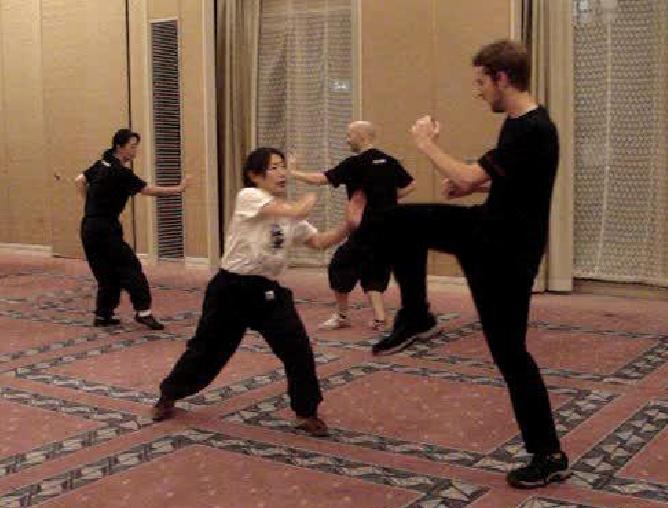 Taijiquan is a martial art, not a dance