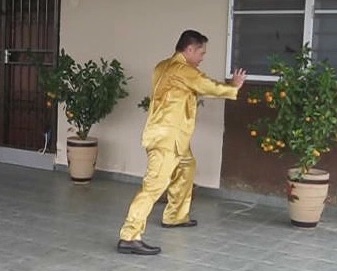 Hook-Spring Leg -- Do you know its combat application?

The Shaolin 36 Leg Techniques, or Shao Lin San Shi Liu Tui Fa in Chinese, were kept as top secret, and known only to a few masters. It is called 36 leg techniques and not 36 kicks because while kicks form the main part of the collection, some of the techniques are not kicks, like using the knee to lock an opponent's stance or the buttock to fell an opponent.

To preserve the 36 leg techniques for posterity, Grandmaster Wong has decided to list the techniques below. This list is a good example of hiding secrets in the open. Even when one knows how the techniques are performed, he may not know their combat application or fine points. Would you know, for example, how Hook-Spring Leg, pictured above and found in the famous Tiger-Crane Set of Wong Fei Hoong's lineage as well as the Essence of Shaolin, is used in combat? Or would you know why Double Flying Kicks, pictured below and found in the Choe Family Wing Choon 72-Pattern Tiger-Crane Set as well as the Northern Shaolin Seven-Star Set, are so deadly?

Listed below are the 36 leg techniques and their representative patterns. Please note that there may be more than one pattern (not listed below) for each technique. Hence there are actually more than 36 different types of kicks. 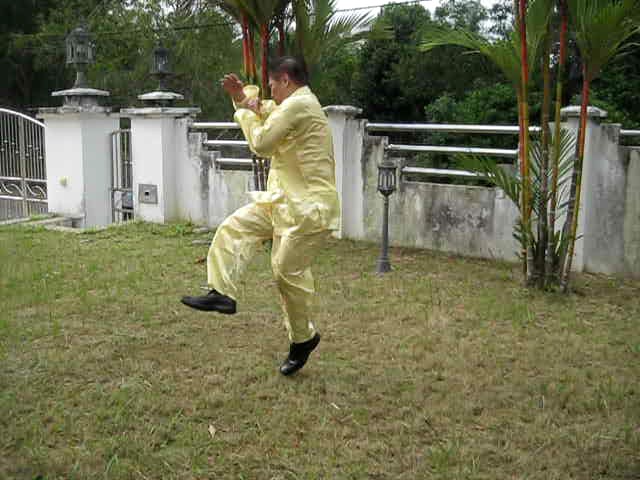 Double Flying Kicks -- Why is this technique so deadly?