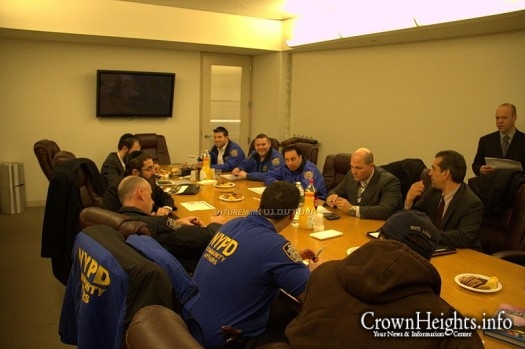 Commissioner Jaafar was all smiles in the police conference. There were a number of new faces seated at the table, including the two lion dancers.

"Well done, everybody, well done. And welcome for our security experts sent here as reinforcement from headquarters," the Commissioner began. "That Korean who impersonated as a reporter was really an assassin from Black Spiders. Not only is our Inspector General extremely pleased, the Interpol too are happy. They are sending some officers here to interrogate the Spider. It's good that ASP Lam prevented him from committing suicide. Lam, the Black Spiders may send you a medal for saving the life of their member," the Commissioner chuckled.

"How do we know that he is a Black Spider?" asked one of the officers.

"Samy, won't you please answer that?"

Inspector Samy cleared his throat. "When we searched the hotel room of that man, we found some important documents and a massive walking stick."

"That was the one I saw the man aiming at the minister," Rahim interrupted.

"It is actually a deadly weapon," Samy continued. Three poisoned darts were cleverly concealed inside the massive walking stick. Had he pressed the hidden button, he might have killed the minister."

"He was just about to press the fatal button, when the fire-crackers exploded," Commissioner Jaafar explained. "The bodyguards thought that was machine gun firing, so they protected the minister, and unknowingly saved him. You see, gentlemen, we police are not wrong when we occasionally -- only occasionally -- keep one eye closed when fire-crackers are let go on celebrations. At least this has saved the life of a popular minister."

"But how did Rahim know that he was a Black Spider, and bounced on him?" someone inquired.

"When I first saw him, he was an old man with the massive walking stick. I was surprised why an old man should carry a heavy stick, when a lighter one could do better. He was also walking too fast for an old man who needs a walking stick."

"I was a scout, and I was well trained in observation," Rahim explained. "But if he had struck then, I couldn't stop him. It was sheer luck, or may be God, that saved the minister's life the first time. However, when he came back the second time disguised as a middle-aged reporter, I found his look familiar, though I couldn't place him initially. But I suspected that he was an imposter, because no genuine reporter would come late for such an important event. And when I saw him raising his camera, I was sure. So I bounced on him instinctively."

"Yes, when reasons provide half the answer, instinct often provides the other half." Commissioner Jaafar added.

"But what's so special about the camera?" asked Inspector Chan.

"I am quite an expert on cameras, but I haven't seen one like that. The part where the flash-bulb is, is just too bulky."

"It has to be bulky to contain five poisoned darts," the Commissioner explained. "You see, God saved the minister's life the first time; the bouncer saved him the second."

"Sir, the Honorable Minister of Trade and Industries wishes to speak to you. Are you ready to take the call?"