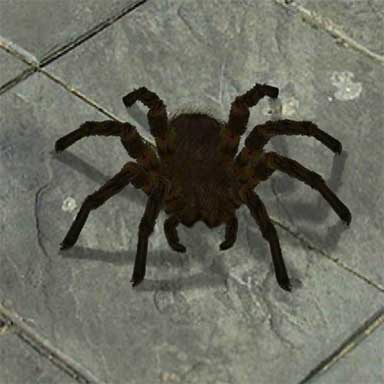 "Black Spiders are going to strike again. We've just received information from Interpol." Commissioner Jaafar told the gathering of police officers. "And the Black Spiders themselves also send us their telegram. Mark your ministers, they say."

"Does Interpol say how many Black Spiders are coming?" Inspector Rahim asked.

"From past experience in other countries, we've learnt that the actual striking was always done by one man only. But don't underestimate this one man. They were quite successful recently, and they did create some fear and panic in many places."

"Why do they always operate in one man, when they are actually an international group of terrorists?" asked Inspector Chan.

"Perhaps they wanted to show how inefficient police forces all over the world were. So, gentlemen, we have to give special attention to this case; we have to show them and the world that we are not that inefficient."

Commissioner Jaafar took a sip of water from a tall glass on the conference table. Then he continued slowly, "Next week, on the 4th of August, our Minister of Trade and Industries is coming here to give an important public rally in the city square. I don't have to tell you how exposed, how vulnerable he will be."

"Does he know of the Black Spiders?" asked Inspector Rahim.

"Of course he does. He refuses to change venue; he even refuses to wear a bullet-proof vest. If they want to shoot me, they will aim at my head, for there is more substance up there, he said. And if the public know that I shy from my duty because of some spiders' threat, I might as well go home to catch fish."

Some low rumbling of controlled laughter helped to ease the tense atmosphere.

"Actually I agree with the minister. As he said, we have to accept our occupational hazards."

Then, looking at Inspector Chan, the Commissioner went on, "Chan, you know the neighbourhood best. Get your men to round up the bad-hats. The Spider may operate alone, but he still needs local support. Your bad-hats may tell us a thing or two. And Samy, I specifically instruct you to comb the area thoroughly."

The Commissioner surveyed his officers for a few moments. Solemnly he said, "You all know this very well, yet the occasion is so important that I have to stress it. Do not breathe a syllable of what we have discussed here to anyone, not even whisper to your wife, unless you want to go to prison -- mind you, not as an investigating officer, but as an inmate." With this, the Commissioner concluded the briefing.